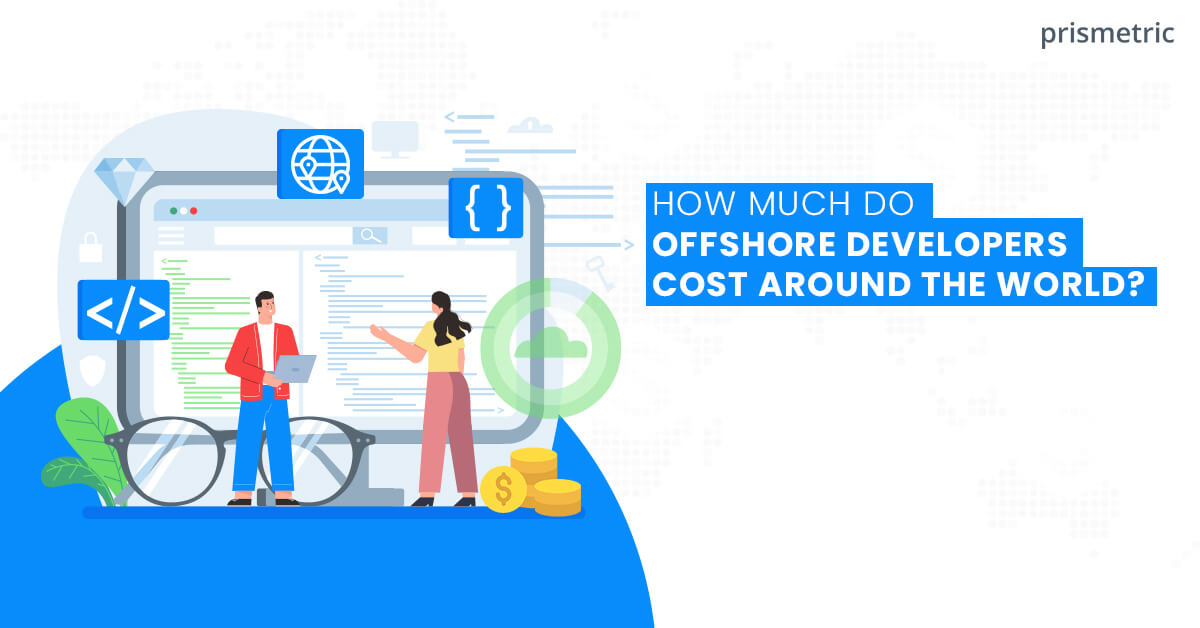 Project outsourcing has become the latest buzzword these days. Increasingly, the businesses turning towards hiring developers to outsource the non-core business processes and enjoy a breadth of advantages. The businesses receive tangible benefits in terms of reduced development costs and intangible benefits such as improved efficiency, access to worldwide talent, faster services, and time zone advantage too. The benefits shed the light on why to hire remote developers fairly, which we have already discussed in depth.

In this blog, we will discuss in detail how the outsourcing destination impacts the development cost when you hire developers. The remote development rates by countries are taken from trustworthy sources to get a reliable figure. Let’s dive in!

Hiring trends in the IT service provider solution market

The situation of the IT market is different in distinct countries. Say when you are looking to hire US-based offshore developers, you can even get senior developers at your disposal because post-pandemic, the companies have down-sized the staff with rarely a vacancy for middle-level or junior positions. It’s becoming a trend to hire senior developers rather than managing the big development team which helps companies to survive and thrive in the fierce competition. Conclusively, limited supply and high demand for senior developers resulted in uplifted wages.

Businesses when hiring dedicated resources from US-based companies need to keep their pocket full to outsource the project since the hourly cost to hire senior developers is quite high. The situation is no different with European, Australian, African, and German developers. The pandemic has brought another positive effect to the IT industry, that’s accelerated shift toward remote working. This shift has made start-ups hire and train junior-level or mid-level developers and meet the demands for outsourcing services.

The growing need for digital transformation worldwide has brought marginal differences in the remote developers’ hourly rates. With the outsourcing trend on the hike, the cost to hire dedicated resources will no longer remain cheap. The price is increasing incrementally year over year.

How much does it cost to hire developers?

Getting a realistic estimation of the cost to hire a team of dedicated developers depends on several factors such as technical expertise, seniority level, communication skill, and experience in niche development. That’s why we can define the average software development hourly rates for different countries. For instance, USA developer charges $50 per hour, Asian developers’ rates are as low as $30, European dedicated developers make up $70 per hour, and African programmers’ hourly rates are $35.

Besides, the technology proficiency plays a vital role in bringing variations in developers’ cost. For instance, the developers having expertise in PHP, Node.JS, Angular, and Flutter framework charges $50 per hour, but the developers when experienced into AI, ML, AR, VR, and chatbot development, the price goes up to $80-130 per hour.

Not to forget, the seniority level, the junior developers charge as low as $20, mid-level engineers with little experience increase their cost to $35 per hour, and senior level charges as high as $60 per hour for their rich experience into various domains.

*These are approximate hourly rates which can differ as per project requirements.

How much will it cost to build a project in different geographical nations?

In the USA, the hourly rate of dedicated developers working remotely is nearly $50. However, the technical expertise, seniority level, and location bring differences in the USA itself. For instance, in Texas, the dedicated resources earn $44, New York developers charge $54 per hour, California developers cost $56 per hour, and developers in Washington cherish with $58 as an hourly rate.

In Latin America, the business spending on technologies has surged by a large amount which has made the IT market reach 4.8% in 2020 despite low economical growth. Brazil in South America is the most preferred destination for developers because the developers can speak the Portuguese language, and the rest of the people in the continent speak Spanish.

Argentina and Panama are not behind. Argentina has scored 14th rank as the best software outsourcing company globally and scored 2nd position in the region. World Bank Group research declared that Panama is advancing incredibly in the IT market in the last few years. Argentina’s developers charge $51 as an hourly rate and Brazil’s developers cost up to $44.

Australia island is protected from the state of war, but geographical remoteness and isolation prevent the countries from business cooperation. However, the digital lifestyle is allowing developers to work remotely. Still, the island lacks a talent pool of software developers, QA and testers, and other developers who tried their hands on emerging technologies.

Despite the lack of specialists, the Australian developers are quite expensive. Melbourne developers’ hourly rate falls in the range of $100-$150. In Sydney, the developers charge up to $200 per hour. The differences in time zone would remain a problem.

Per hour charge of developers based in Europe

Eastern Europe has five countries namely- Ukraine, Poland, Belarus, Romania, and Bulgaria that are known as the best software development centers worldwide. This region generates nearly $5 billion as profit with the help of 7 million IT talent (Software engineers, security engineers, database specialists, and computer networking experts) that are growing by 25% every year. The developers from Bulgaria charge $38 as an hourly rate, Romanian developers’ rate goes up to $45, while Ukraine developers cost $41 per hour.

Poland is the most expensive outsourcing destination because of its stable economy. The support from government policies has turned Poland country into an R&D office for Intel, Google, and other tech giants. The hourly rate of Poland developers lies between $35-$55.

When we look at the outsourcing market in western Europe, political stability, high standard of living, and economic development, the development rate of Germany, UK, and France developers is quite low as compared to Switzerland and Scandinavian countries. The average hourly rate of French developers is $54, German developers charge $61 per hour, and UK developers go up to $100.

Asia is one of the regions that has the maximum number of dedicated resources for outsourcing development. China is regarded as an affordable offshore development destination as the developers are well-versed in technologies and upskilled. The support from China government has made the IT sector more stable. The developers’ rates are as low as $28 per hour. Philippines, Shri Lanka, Malaysia, and India are the leading software outsourcing destinations across Asia Pacific region in 2022.

When we talk about India, the country is known for delivering the most inexpensive outsourcing services. High availability of quality resources are the major reasons behind the low development rates. The country has more than 2 million IT specialists, which is continuously growing. The average developer rate is $30 per hour.

When the budget constraint factor is there, moving ahead with developing countries such as India is a good alternative. When you are in the process of developers’ selection, the price/quality ratio must be assessed beforehand because quality delivery is equally important. Making the contract solely based on cost-effective development may end up businesses paying twice, so avoid making such mistakes.

Before partnering with the remote development company, be clear with communication channels to ensure the best collaboration. Also, keep in mind how can you take time zone differences to your advantage resulting in fruitful cooperation.

Prismetric is a favorite IT outsourcing destination of more than 1000 clients globally that have trusted the company and in return, the IT services contented them entirely. Come up with your project requirements to get a tailored cost estimation. All the best! 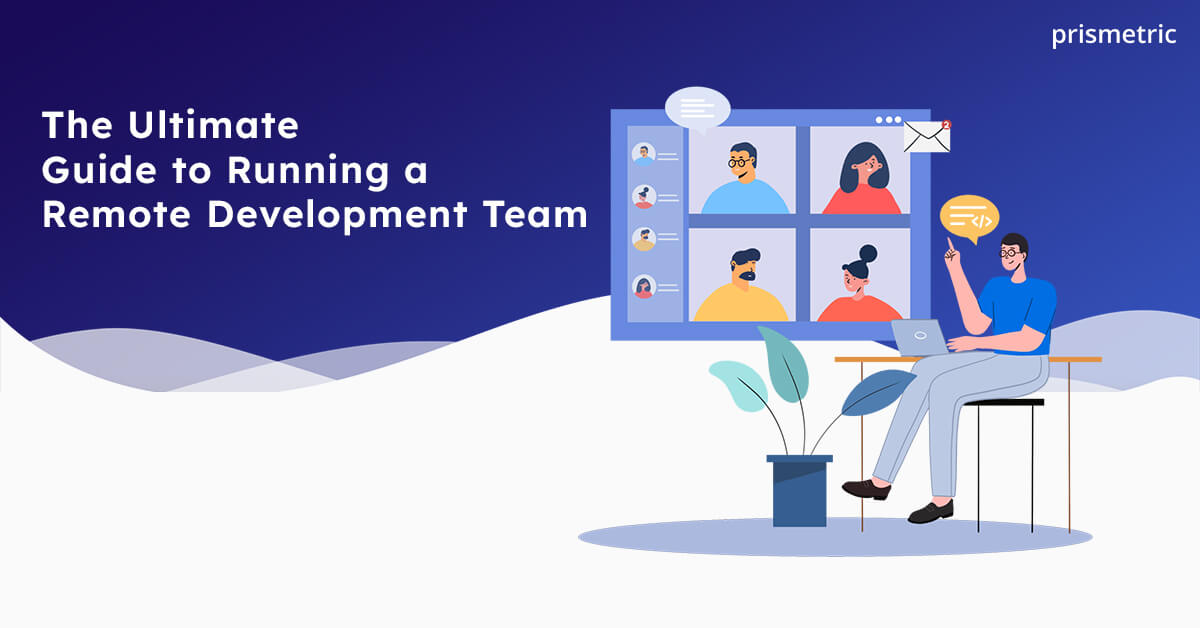 How To Manage A Remote Development Team? 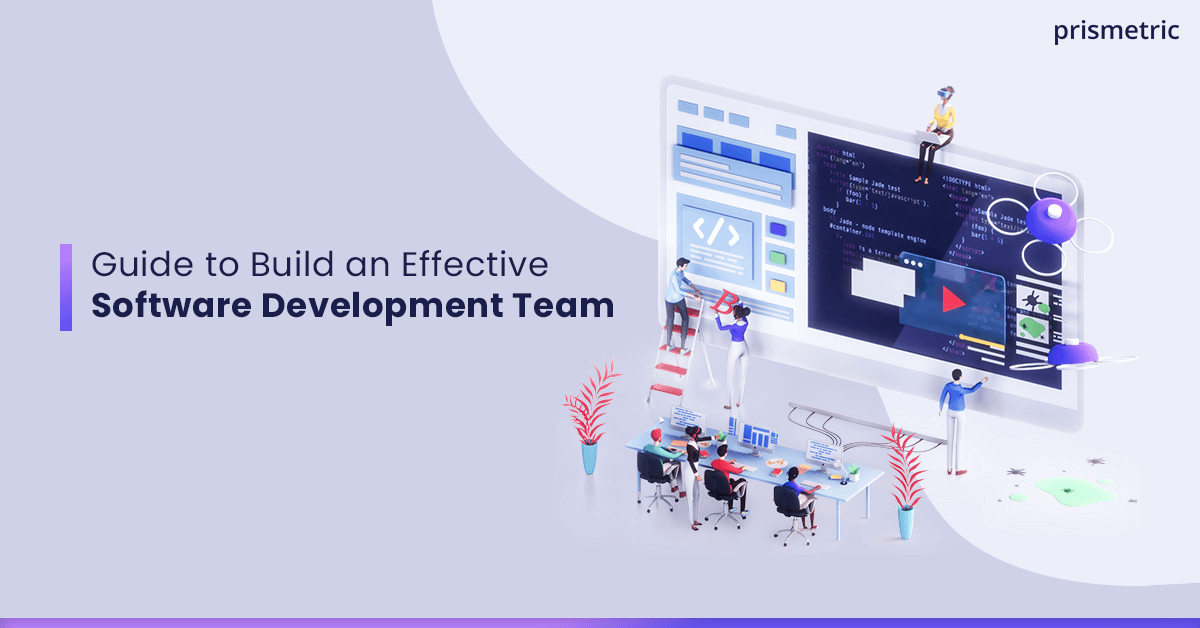 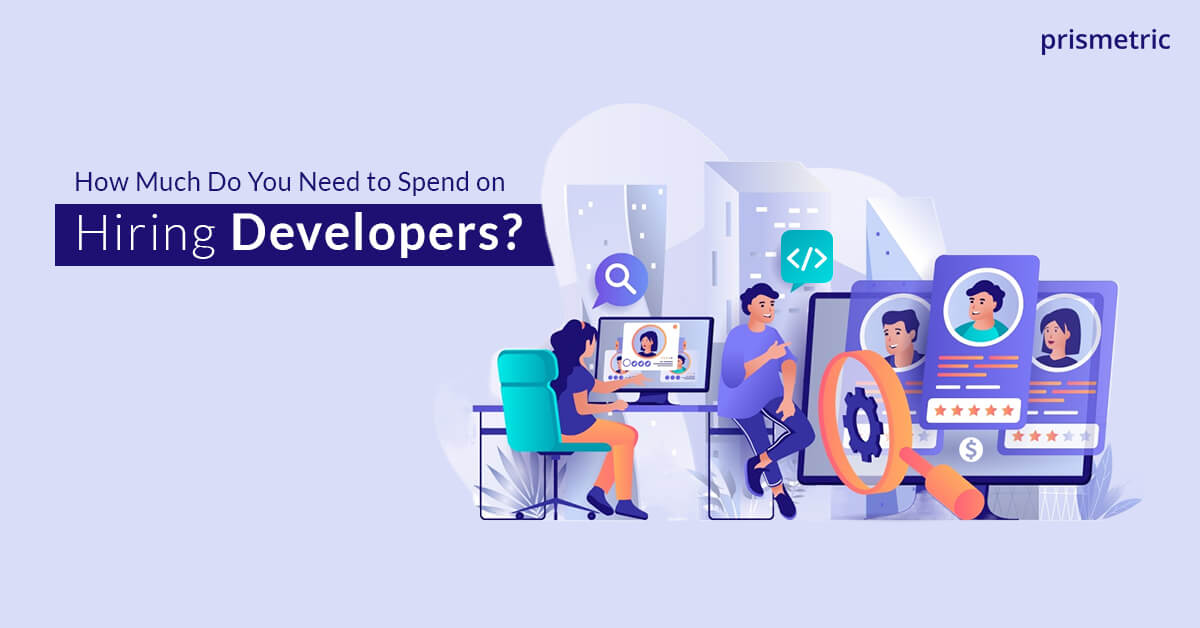 Hiring Developers? The Budget You Should Set Aside