Designing wearable Apps for watches- What you should know

Google has recently given us an insight into its next Android wear version 2.0, which is anticipated to be released this year by November, at its I/O event 2016. Another technology giant Apple too is all set to release its next version of Apple Watch this fall. So, it’s pretty clear that after Smartphone and tablets, wearable devices are the next big thing in the consumer technology industry.

Adding more to the buzz of wearable technology is the anticipation that the wearables market which is predicted to grow up to $12.6 billion in revenues by 2018. As more consumers will adapt to the wearable trend, the scope of wearable apps will increase dramatically for both app developers and businesses alike. 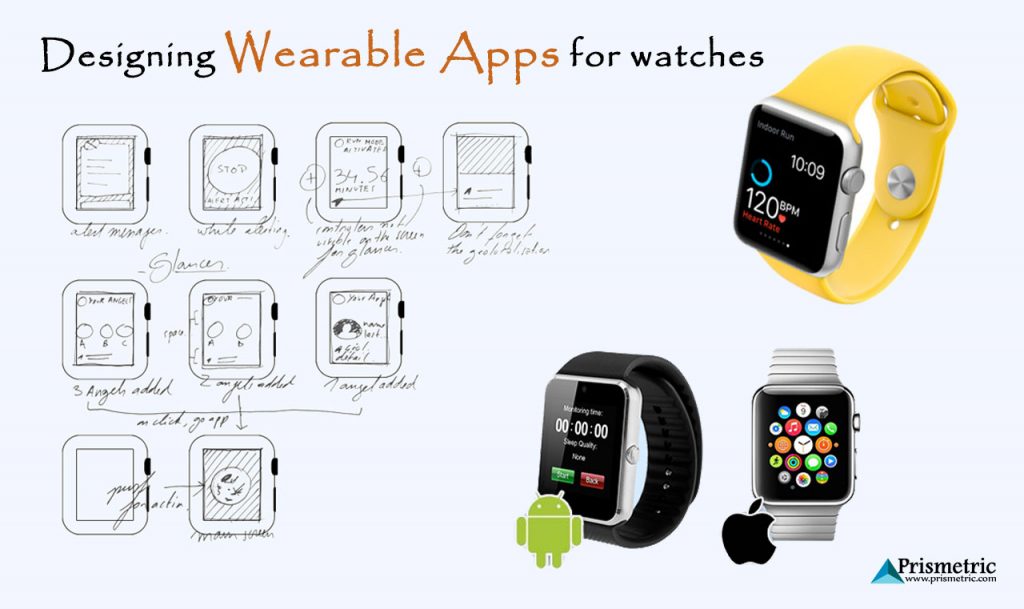 However, designing apps for wearables like smartwatches and fitness trackers has its own set of challenges. The first and biggest constraint is the screen size of the devices; wearables have quite smaller screen unlike Smartphones and tablets. Besides, wearable devices are more inclined to enhance real life experiences of users unlike Smartphones that engage users into virtual experiences.

But making use of the right design practices, you can’t only overcome those challenges posed by the wearable devices but can also create new opportunities for your business.

Here are our top 10 UI design tips worth considering while creating apps for wearables:

When it comes to designing user interface (UI / UX) for wearables, think small meaning minimalism. You can follow the same practice as you use for minimal website design and app design. From fonts and colors to images, all design elements should be kept in optimal small size. You can also make a blend of minimal and flat design for creating wearable-perfect interface.

The font in your wearable app should be such that it can be read easily and also be clearly visible at a glance. Think of the different case studies of how users will use your app and wearable. This is why Sans Serif is the best font type for wearable apps. Use them with uniform stroke width and they ensure maximum readability.

Don’t make use of condensed or ultra light type faces as they may not be easy to read when interfered by the light coming from the watch’s face. On other hand, one should also avoid using too thick or too black font types. The main idea is to choose typeface with wide letters and moderate stroke. Albeit and Helvetica are some good options.

Use a high-contrast color scheme

Due to its small screen size, you need to choose your color scheme for the app quite wisely. High contrast can effectively separate background from the app content and add to the readability of your app. In wearable apps, colors can be used to highlight design elements that need to be tapped for further interaction.

Using pastel colors aren’t recommended. And it makes complete sense when you imagine the different environment these wearable devices will be used; it can be a jogging park with bright sunlight or a dark gym room. And if you want that users should be able to read each and every letter in your app in such environmental conditions, make use of highly saturated and bright colors.

If you keep too much space in content, your content will not fit in the watch screen. And if you keep too less space, the users may find the letters difficult to read. You need to choose a right space that can ensure both good readability and usability.

When you tap on the watch face, almost one third of your wearable screen area seems to be covered. Here design screens are too small to add loads of content which are less relevant or unnecessary. Here, less is more! The app screens should have minimal content and should look visually striking. Don’t show all notifications simultaneously. Instead you can display one or two at a time.

A wearable speaks a lot of its wearer’s personal image, reputation and its style statement. And thus, aesthetics of your wearable app should be designed considering the persona of your target customers. The design should be elegant and enticing.

Focus on the alignment and symmetry of the UI design. The transition between app screens should be done in seamless manner. The design should be such that wearers can easily interact with anytime anywhere on the go. The icon you use in the app should be able to auto adjust its shape depending on the wearable device it is used in.

Embrace the new way to interact with your app users

Some frontiers in the wearable technology market like Fjord strongly believe that wearable apps need to add more non-visual interactions tools. For example, the app developers can use vibrations and voice control as their input source.

Imagine you can use your smart watch to draft emails, messages and do lot more by simply giving voice commands. Vibration in your wearable may guide you for the right turns while on a drive. The immense popularity of Siri amidst iPhone users speaks clearly that users are quite comfortable with voice operated apps. You can offer both voice control and tap control in your app.

Choose the notification frequency of your wearable app carefully to ensure your app doesn’t cause any disruption to users’ routine. It is a great idea to let your app user set the timing and types of notifications they like to receive. The users should be allowed to enable and disable notifications. They should also be given a choice on how they would like to be notified, such as vibration, voice message or screen light.

Make it work offline too!

In wearables’ market, it is very important for app developers to make their app work both offline and online. User should be able to access core feature even when they don’t have connectivity.

Deal with the power consumption of your app

Wearable devices have less battery life compared to Smartphones and tablets. If your app consumes too much battery power, it can annoy users and they may abandon your app. Thus, it is important to choose your app layout such that it ensures your app consumes minimal power. Use of black background in your app can help you fulfill this need to a great extent.

Wrapping Up
These are some most fundamental design principles for wearable apps. One can use it regardless of the size and shape of the wearable device the app is going to be used in. Yet, wearable devices as an industry is anticipated to evolve much faster in the upcoming years. So, keep your eyes out for the changing design trends for wearable apps! 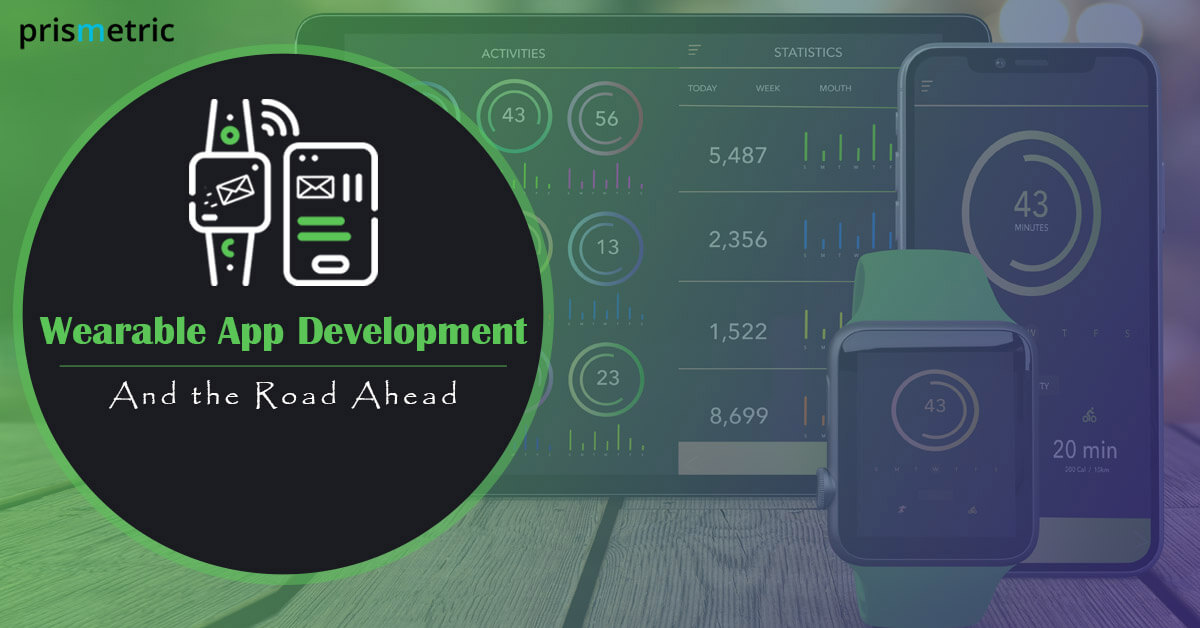 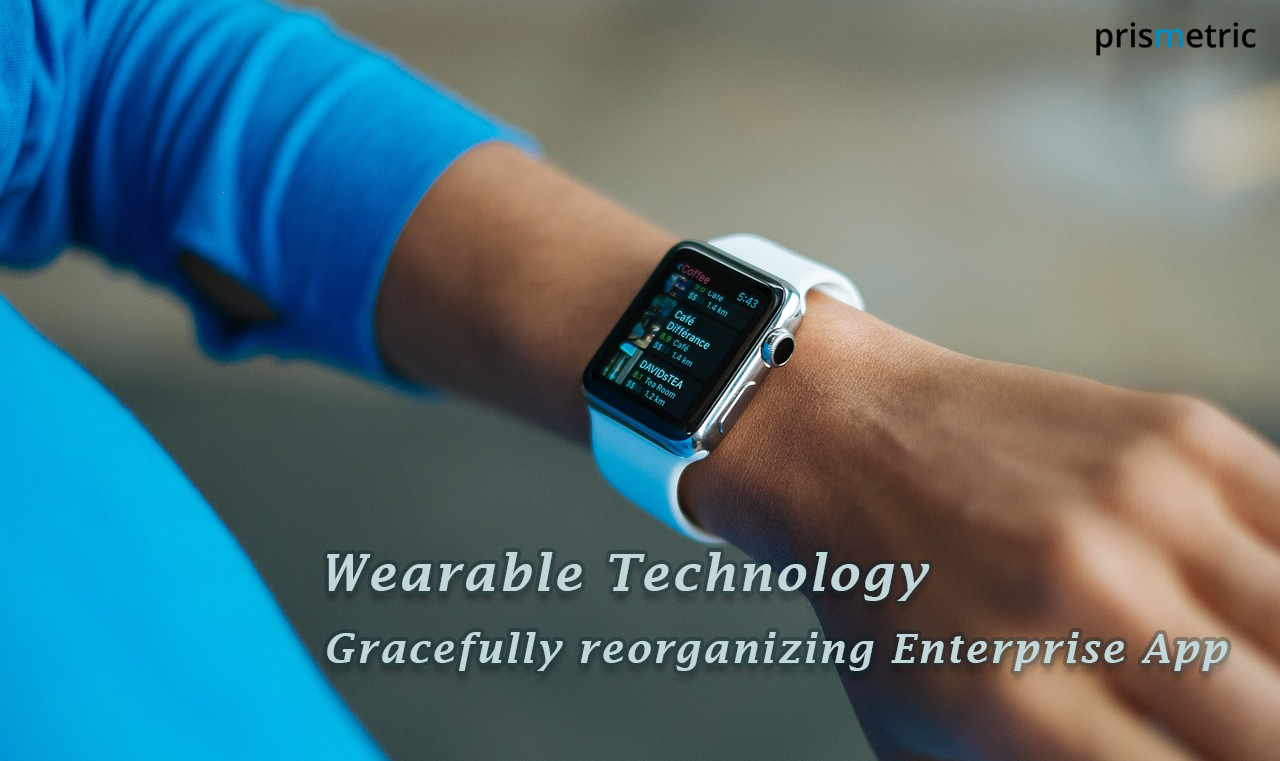 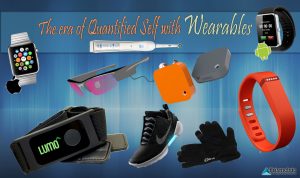 The era of Quantified Self with Wearables