The readiness of Swift for Enterprise Solution 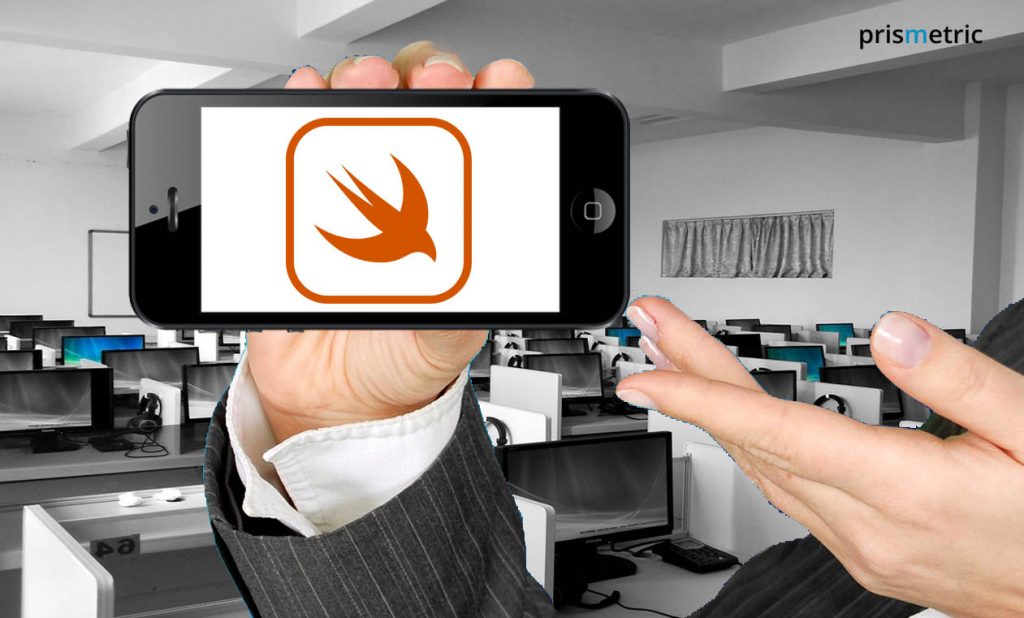 The Popularity of Apple’s Swift is rising rapidly. As per the recent TIOBE Programming Community Index, Swift ranks 10th amongst the most popular programming language. Introduced in the year 2014 by Apple, Swift fast replaced the Objective-C because of its easy to learn features.

Swift development language closely represents the objective C language, which was the most popular language for developing iOS enterprise solutions. This closeness allows the developers to easily migrate to the Swift language in a short period without any trouble. The use of Swift language has its share of pros and cons and it is imperative to understand it as a proficient iOS app developer.

Let us look at some of the reasons why you should or should not consider the language for your next enterprise solution development project.

Cloud computing is undoubtedly the future of data storage and management. Moreover, cloud computing helps in creating solutions that cater to the needs of a global network and help in the establishment of ideal communication channels. The Swift language can easily integrate the cloud-based architecture into its framework. This feature allows the developers to harness the best qualities of cloud-based data sharing over the Internet easily.

The cloud-based architecture also makes room for rolling out updates within the network easily. Since you can essentially control all the computers on the network remotely, you can easily keep track of the growth of the business.

The open source platform nature is one of the biggest perks available to you while working with the Swift language. Since the language is easily accessible to the masses, it is possible for multiple developers to work on creating a singular enterprise solution easily. The efficient communication via cloud networks allows the developers to form an instant connection and keep track of the progress easily.

The open source platform nature also allows you to bring down the cost of development significantly so that can you invest building an intuitive user interface.

Cost Saving for Optimization and Performance

You can optimize the Swift language to produce high-performance apps at low costs. This allows you to efficiently invest in other areas of app development such as UX design and testing. You can also optimize it to use the minimum amount of time for development thereby allowing you to plan for updates that you might require in future.

When you are working with cloud-based networks, it is crucial to consider several layers of encryption to protect the company’s data. Swift app development language is modified over the years to remove any bugs and loopholes that might allow the hackers to penetrate the apps created using the language. This is the reason why Apple has created a unique system for the iOS devices which is virtually impenetrable by malware and other harmful computer programs. The secure interface allows you to control the data flow within the enterprise portal thereby giving you complete access to the security factor.

Since you longer need to actively emphasize security due to optimized development using the Swift language you can invest your time in other development processes.

The developers often use the dynamic library feature to reduce the production time. Since they no longer need to familiarize themselves with a lot of import program commands, they can focus on the development of source code easily.

The only problem associated with using Swift as a language to create enterprise mobile solutions is its complex nature. However, since the language closely represents a similar structure to that of the Objective C language, a person familiarized with the complexity of the latter will face no difficulty whatsoever in shifting to the Swift language for developing an enterprise solution.

Verdict – Should You Shift to Swift?

It is evident from the comprehensive analysis that the Swift as a language has several ups and a few or precisely negligible downs for developing enterprise solutions. We see that it is better optimized, as well as offers a higher performance specification compared to the commonly used objective C language. However, the most important feature that makes us prefer the Swift language over its competition is its close integration with the cloud-based networks.

Therefore, it is wise to invest a little more time into shifting to the new Swift language than to stick with the old Objective C.