After completing the first edition of Apple reinventing itself with iOS 11, we welcome you to the next edition that concentrates on iPhone. iOS 11 could do wonder with iPhone as it has some intuitive features to make the customer captivate for longer periods of time. 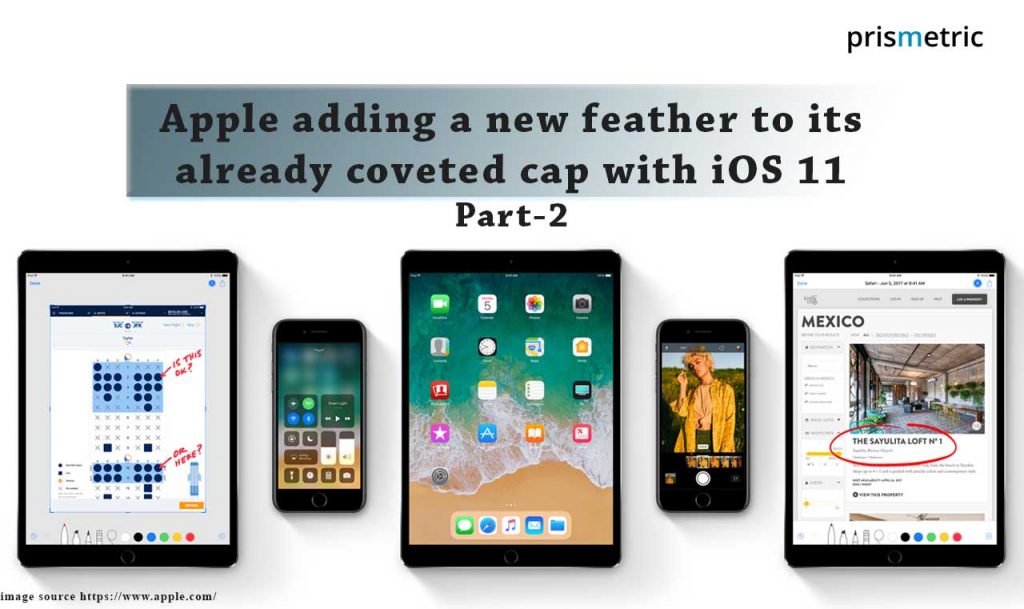 The flag bearer of the mobile OS platform, Apple is once again here with iOS 11 showcasing the newest advancements in the world of mobile technology. At the WWDC conference, Apple laid down the new version of iOS related to iPhone and the features were as amazing as it was for the iPad.

iPhone along with iPad is the most innovative Apple product used by the customers worldwide. Therefore, in order to give the highest possible services, it needs to evolve in a very smarter manner and with iOS 11, it has done just that. It is so capable that it will help the users to have an enriched user experience in a powerful, yet personal manner. From maintaining files, photos to redefining the things that fall under the list of everyday essentials, iOS 11 looks to cover all the basics comprehensively as it gives a shade of the brighter future of the mobile OS technology.

Take a look at everything from close quarters.

Photos getting a new brush up

The live photos just got livelier than ever with iOS 11. The users can now make photos that are more expressive, creative to the core and fun clicking with. It also has three major segments in it namely:

Loops:  With loops, you can turn the photo in a funny video loop that would capture the live photo and play it N number of times. Either the user can choose the image themselves or let the photos app suggest you which live photo of yours would be perfect for the loop.

Bounce: Bounce lets the user back and forth their live photo number of times. This will not only make the photo more intriguing but also would be hilarious enough to tickle your funny bone.

Long Exposure: If you want to capture a moment in its very nature, the Long exposure feature would help you do that. The user can capture the elements in the very moment and would create a beautiful ambiance around the picture which is otherwise possible only with a DSLR camera. 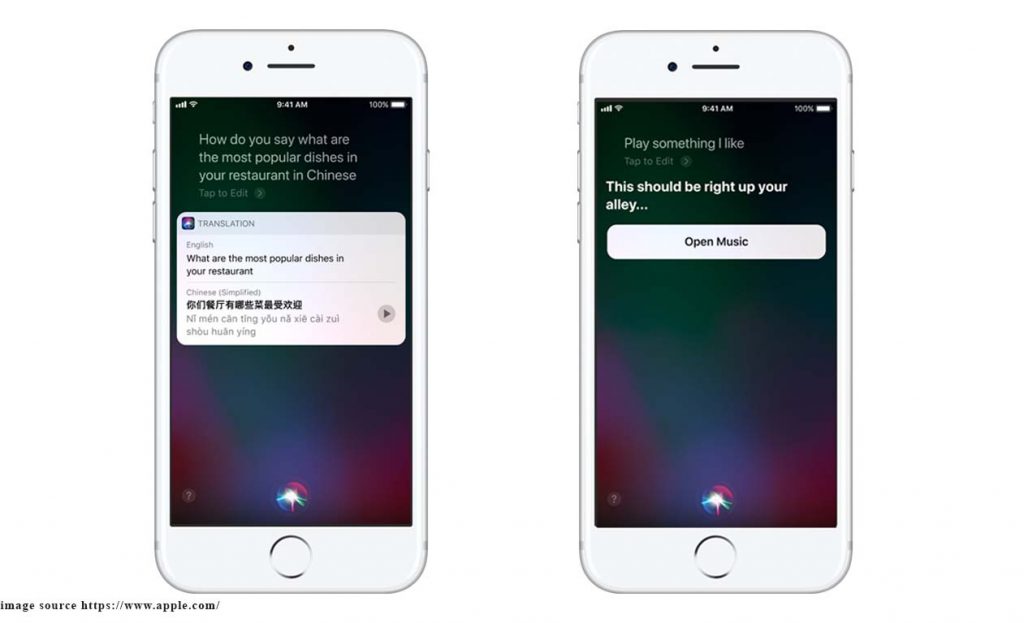 Siri has come a long way since its inception and iOS 11; it has become a more personal assistant. Siri in the newest version has become more helpful with the inclusion of machine learning and artificial intelligence. Siri would be more expressive to its users, understanding their language properly through natural voice recognition.

Along with this, Siri can translate anything the customer says in English into German, Italian, Spanish and French. It can also act like your personal DJ and play the song that you love or are going to love. 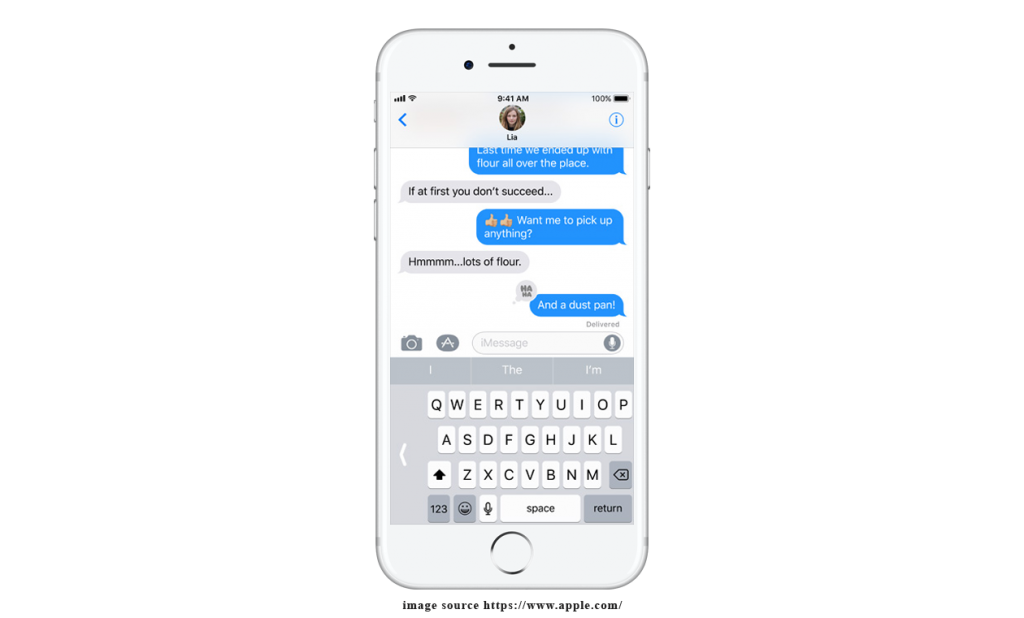 Holding something important and then you realized that you have to type something very urgent that too with one hand. The Quick type keyword with iOS 11 can help you type even if your one hand is tied with your back. You just have to select and hold emojis key to get to get on to one hand typing and the keyboard will move towards your thumb right away. 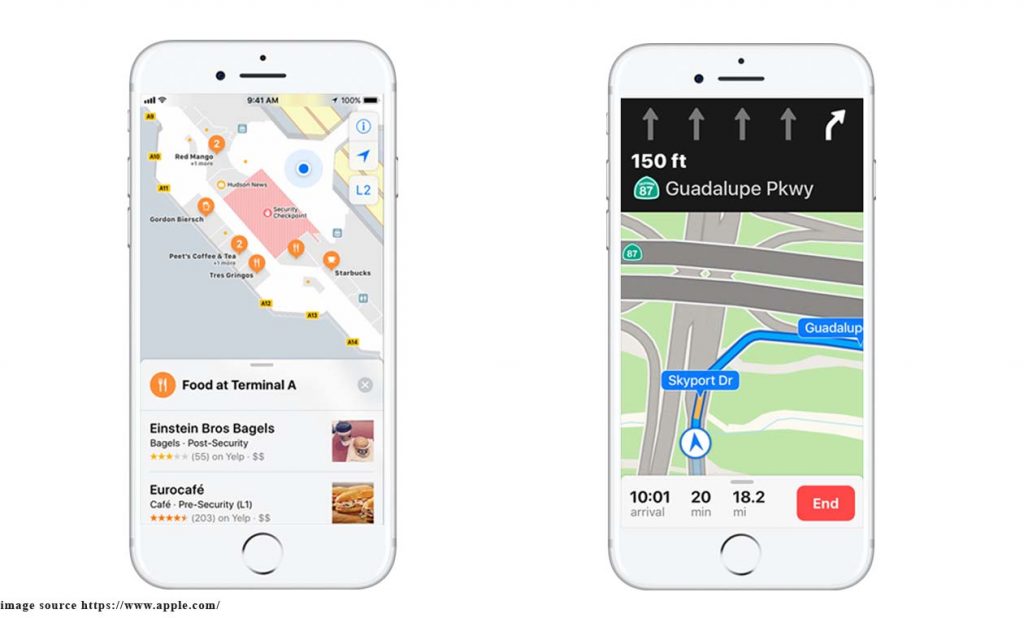 Maps are at your service anywhere, rights from guiding you to an adventurous trip to finding you the nearest coffee shop. The indoor maps there would give detailed information about 100s of a major airport and shopping malls around the world. Also, it will give lane guidance so that the user would not miss any turn while he/she is navigating.

Apple’s iOS 11 lets you customize the control center in order to redesign and change the settings for the things the user wants to use the most. Add or remove things according to your usage and keep the apps that are in use thus avoiding the trash in your smartphone. 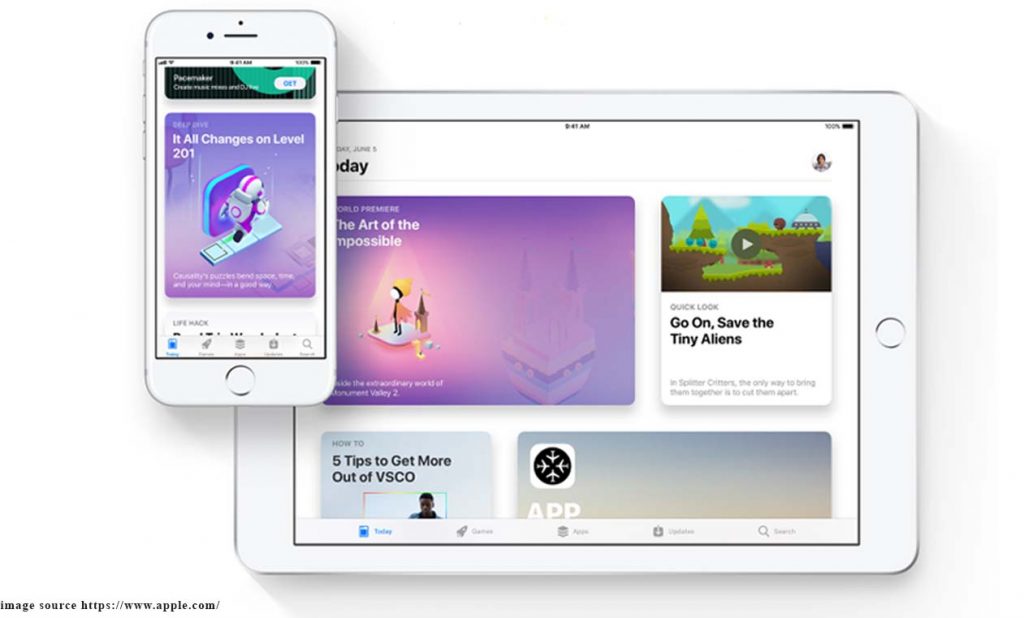 The App Store is redesigned for the users in order to provide them the ease of discovering the utility apps or the gaming apps that they can’t live without. You can see the detailed description by the experts and have a dedicated tab for every genre of app. By far it is the biggest improvement in the App Store since it first came into existence.

Apple Pay at your Foray 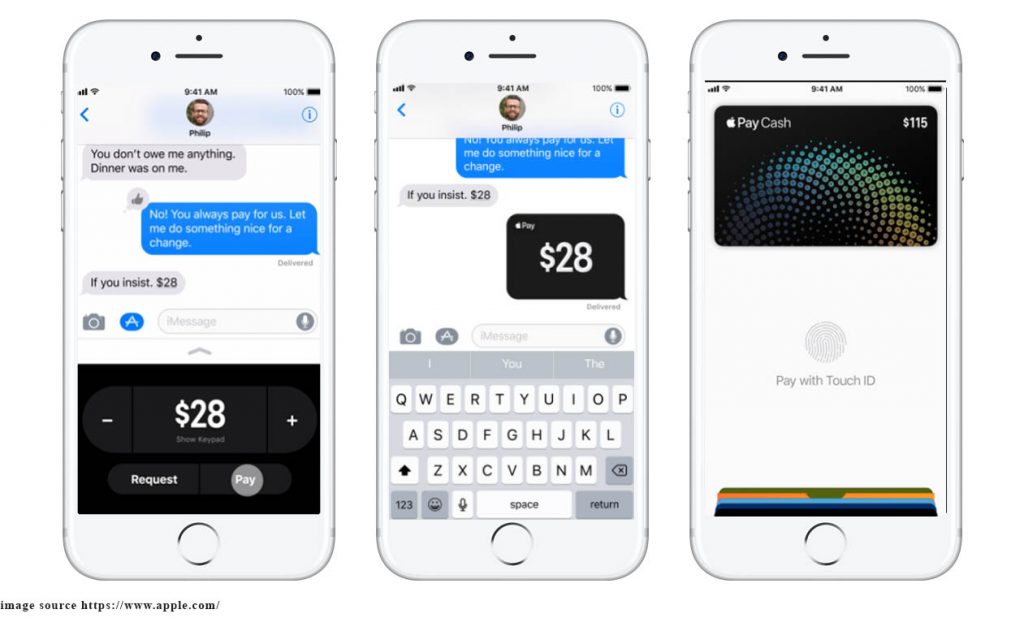 In iOS 11, Apple has given enough contention to Apple Pay and it brings the convenience of messages to it. The process of sending and receiving money through it has become as simple as making a conversation with your friend. It will allow person to person payment with credit and debit card that are instant secure and easy. You can also pay cash with the touch ID or directly transfer it to your bank account.

The new professional quality filters will take the camera experience of iPhone to a whole new level. It has expressive portrait photos, natural skin tone and much more. It also comes in with a next-generation compression technology that will reduce the photos to half of their size without deteriorating their quality.

AirPlay 2 has various simultaneous functions that will enable the user to control the sound system of the entire house comprehensively. The user can play the song in his/her living room and kitchen at a time without any lag. Adjusting volumes and starting music instantly are like the cherry on the cake.

Apart from being just a voice, Siri is way more helpful with iOS 11 with iPhone. It anticipates and gives suggestions even before asking with its deep learning quality. Also, it is encrypted end-to-end all the personal information of the user remain secure.

iOS 11 is equally compatible with iPhone 7 and as the features show, it has a brighter future ahead. The new specification will make the OS platform, even more, customer friendly, highly integrated and fairly easy to use.