A few years back, it was implausible to imagine that the nervous system inside human beings will ever be possible to mimic in the real-world where senseless objects can be made to speak, monitor and act. Thanks to the smart sensors that have become an integral part of the digital devices and are increasingly embraced in the app development to give the world a digital nervous system.

In engineering IoT applications, the sensors stay at the heart and not a single IoT network can remain unarmed with sensors troops. 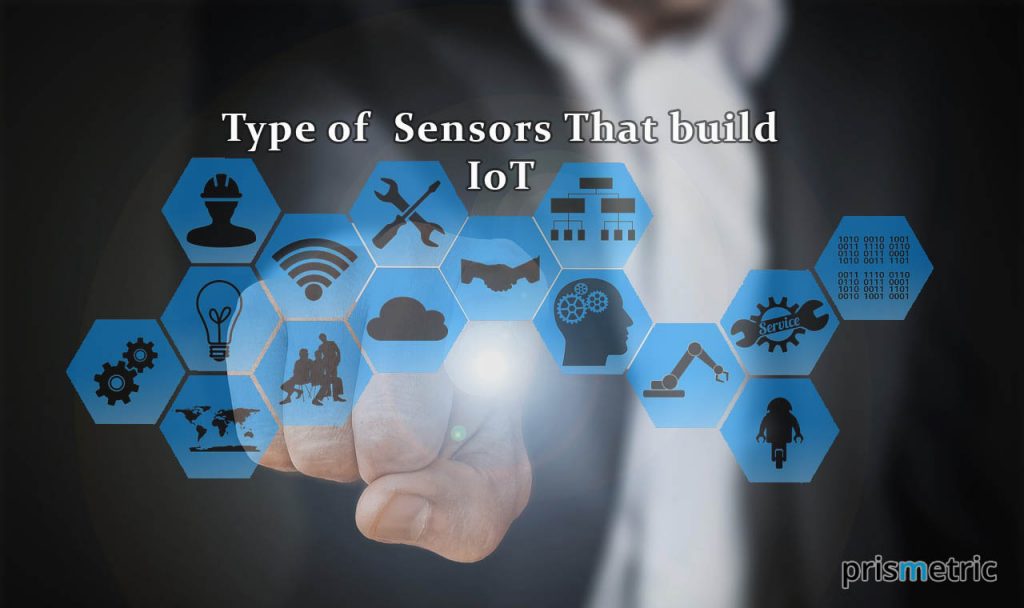 The smart sensors are the indispensable asset of the IoT apps that are transforming how intelligently and quickly the industries can gain rich insights to modernize the processes. With the network of sensors, not just organizations, while every element of the ecosystem is getting smarter after every day.

The evolution of sensors and the potential use cases is rethinking the way we see the world and fueling up the IoT app development worldwide. The decreasing cost of the sensors has become the other reason for their higher adoption.

Take a look at the 10 types of the sensors that are closely associated with the IoT universe:

The temperature sensor senses the heat in the surrounding and can detect any physical change in the temperature. The sensor can be embedded with anything, be it humans or objects where it sense, collect and transfer the temperature data to the control device and thereafter initiate the action according to the defined algorithms.

Controlling AC temperature or refrigerator cooling with temperature sensors is the popular instance of it. The sensor is when programmed to adjust the temperature upon the variation in temperature, then either temperature is increased, or decreased to maintain the optimum cooling.

A pressure sensor is capable of detecting the variation in the pressure against the standard range and sending the data to the controlling system in the form of electric signals when any change is found. The sensor finds much utility in different sectors such as agriculture, manufacturing, water supply and heating systems.

For example, in the building, the owner won’t need to employ an engineer to examine the infrastructure on a regular basis for the building maintenance when the pressure sensors are embedded in the building.

The sensor would constantly check the pressure and notify the owner if any difference is found so that the proactive action can be taken timely.

The sensor came into the limelight when Apple used it in its devices to measure the orientation and tilting motion of the iPhones. However, the sensor has massive use cases as it precisely senses the change in the velocity of the object with respect to the earth’s surface.

The various kinds of the accelerometer with different capacities are available like- half-effect, capacitive, piezoelectric, and MicroElectroMechanicalSystem (MEMS). This is why it’s a component of inertial navigation system used in missiles and aircrafts; used in drones for flight stimulation; used as an anti-theft protector when the static object is moved; detect and monitor the vibration of rotating machinery and pretty more.

The gyroscope sensor can be touted as an add-on to the information provided by the accelerometer sensor.

The accelerometer can detect linear acceleration and gyroscope can measure the angular rotation velocity. That’s why both the sensors are used together in many devices and applications.

The gyro sensor is powered enough to detect the rotational motions which even can humans find difficulty in sensing. Based on the size, performance, output and environmental conditions, the gyro sensors come in different flavors.

The sensor works exactly as its name. It detects the physical motion in an area and then sends the information to the controlling device by transforming the motion into the signal.

Furthermore, the motion sensor can also decipher the types of movements like- waving the hand in any direction, clapping and others. The high-level sensing capability enhances the use of sensors in energy management system, hand dryers, automated parking system, and automated sinks.

Also Read: Inter-connectivity of IoT and Digitization: A step to the Future

You have certainly viewed the emergency alarms in the corporate buildings, HVAC, residential buildings and at manufacturing zones. The alarm when senses the fire or smoke, it starts buzzing to notify the people about the danger.

The whole system is based on smoke sensors wherein the smoke sensors in the alarm detect the smoke, flame or harmful gas, it informs the controlling device that there is a danger. The IoT application, then send the signal to the connected devices to open the dump fans, open the evacuation door and instruct the alarm to start ringing to notify the people about any mishappening.

With the uplifting use of the GPS technology, the proximity sensor usage is also skyrocketing which identify the presence or absence of the object within the defined distance limit.When the object is detected in the vicinity, the signal is sent to the controlling system to initiate an action as soon as the data is received.

You have observed it while reversing your car where the proximity sensor triggers you about an obstacle with beep sound. The marketing offers when you pass by a retail store or come in its proximity is another example of it. At the airport and super malls also, the proximity sensors are integrated into the parking areas to let the people easily find the parking.

The optical sensors are better at measuring the amount of light in the surrounding with electromagnetic energy monitoring and then converting it into the form that can be easily readable by the digital devices.

The digital optical switches, optical fiber communication, transportation fields, oil and gas application, assembly line counters and elevator door control are the main areas where optical sensors find their immense use as they are immune to the electrical and electromagnetic interference.

The photodetector, pyrometer, fiber optics and infrared are the key types of optical sensors that are embraced in distinct IoT application development.

These are some of the most commonly used sensors that build up the IoT system apart from the usual devices. IoT is rightly called the technology of sensors as it is these devices with the sensors which triggers the action. The efficient use of these sensors to perform the functions will add to make the Internet of Things as the Technology of Things. 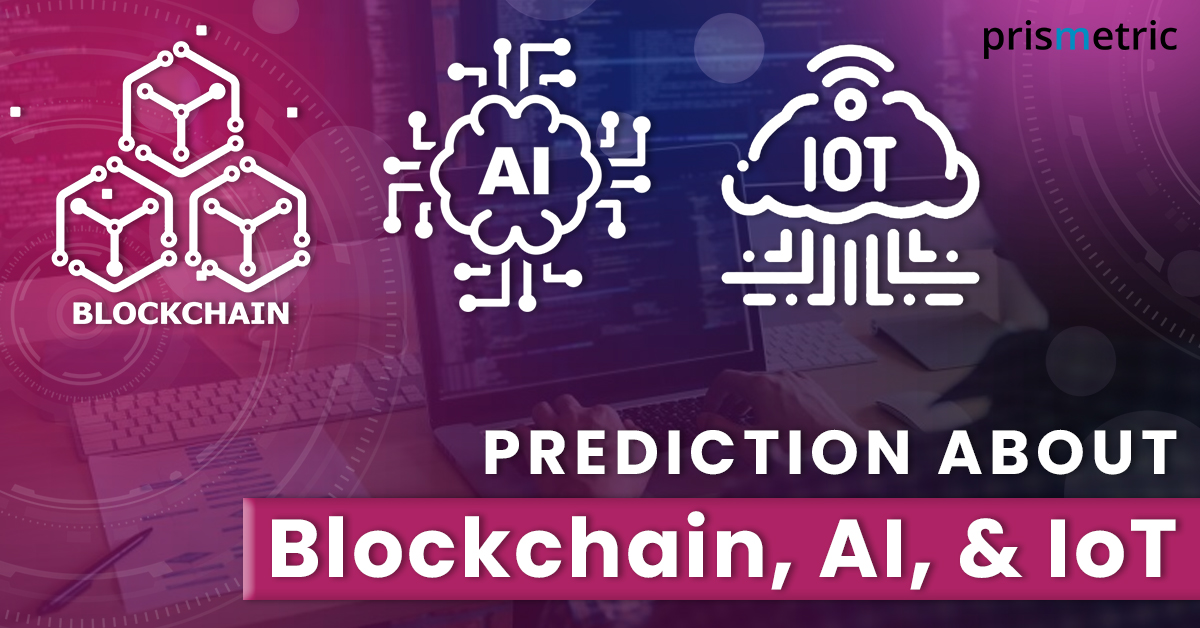 With a New Year, here we are – Prediction about Blockchain, Artificial Intelligence, and Internet of Things 2021 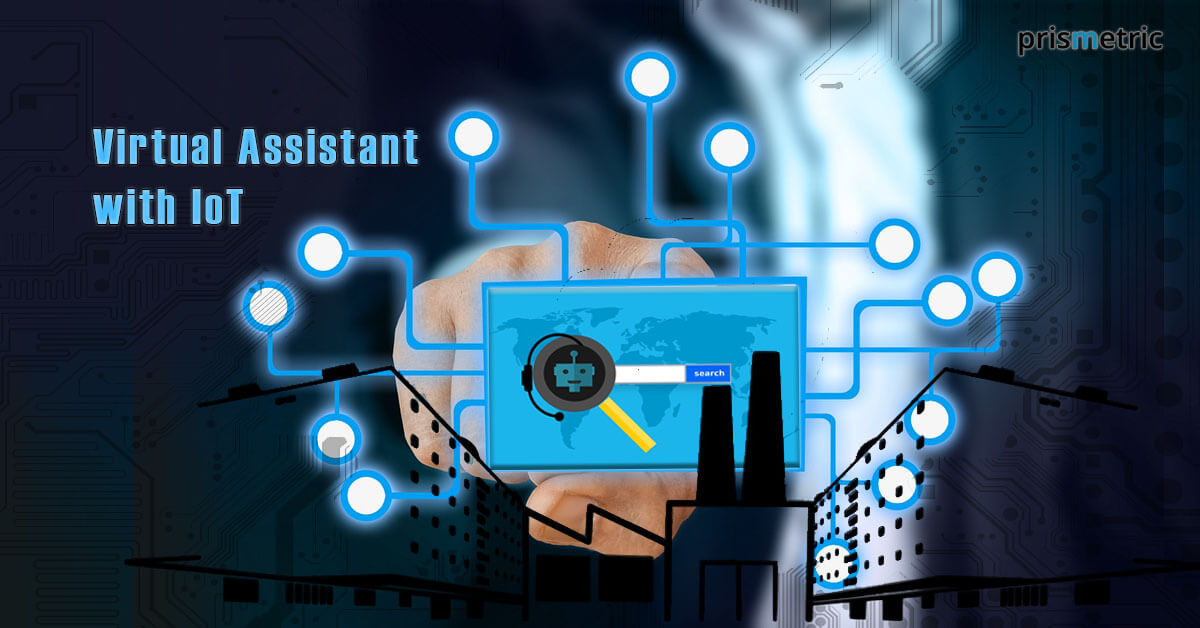 The Convergence of Virtual Assistant and IoT App- The Match Made in Heaven!