Using AngularJS for your Web Application Development Solution: Here’s everything you need to know 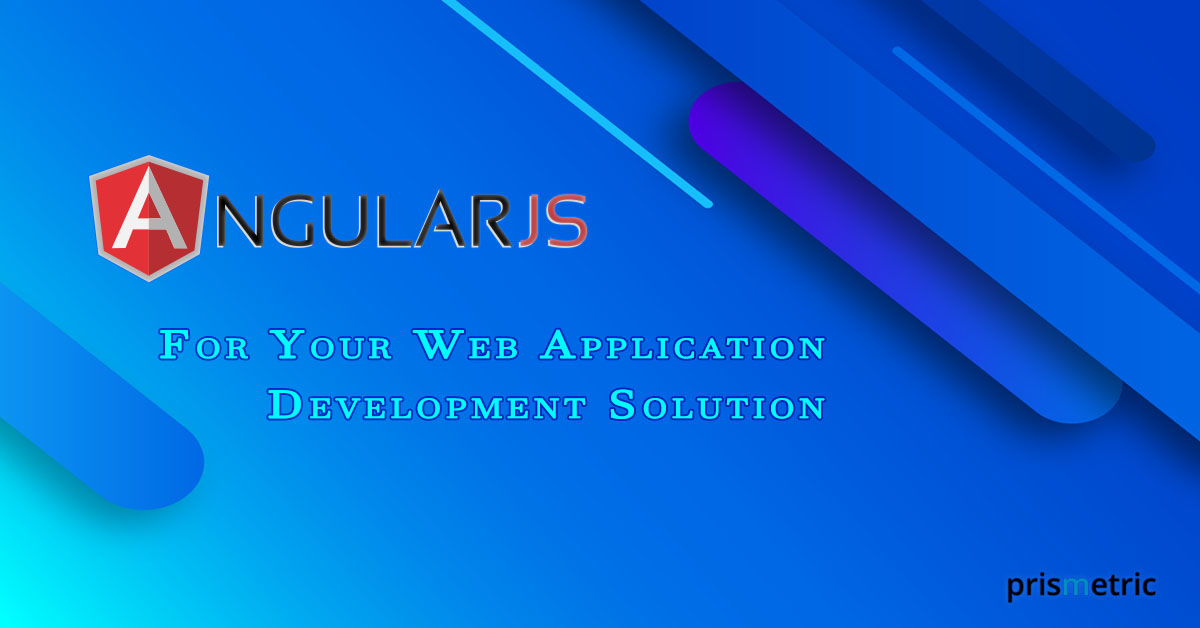 The complete story moves around – The success lies at the intersection point of your needs and the right choice you make from the available multiple choices.

In the fierce competition, where more and more web applications are making their way to the webbed world with an increasing count, it’s essential for the businesses to build dynamic websites that are responsive to the changing market trends, evolving users requirements, and innovating processes.

With an array of front-end frameworks debuting to develop the modern web application, selecting the right amongst available is difficult. That’s where businesses need rich insights and in-depth analysis to pick up the best framework that further helps in sailing the next venture smoothly.

When we look at the research and market insights, AngularJS is one of the JavaScript frameworks that has gained measurable applauds from the developers and enterprises due to the broad spectrum of features and impressive benefits it offers.

The stats proving AngularJS has nailed the development battlefield:

The verdict: AngularJS is a modern warrior that lets you raise a toast to iconic success.

Are you intrigued by its popularity? Let’s decode it in the easiest way.

A quick glance at what AngularJS features

The MVC architecture makes the application more manageable by separating the app into three different modules- logic, UI, and processes. The developers build the app by developing the modules independently, and then combine different modules that work using different logics and initialized according to application needs. In this manner, the components are built separately and combined automatically, which saves a lot of developer’s time and efforts in client-side web app development.

The automatic data synchronization is the need of the hour, which AngularJS fulfill with a two-way data-binding feature. Using ng-directive, without writing extra lines of code, the model is bind to view wherein when any change is made in the view, it will appear in a model and similarly, changes made in the model will reflect in view. When an event is created, the model and view change accordingly without writing extra code, which drastically reduces the lines of code to write any dynamic app and make updates to the app.

The filter act as a modifier that changes the data before presenting it in the views. The filters are generally applied to expressions, functions, and directives with a keyword and a pipe symbol. There are different types of filters such as number, uppercase, lowercase, order by, or currency that can be applied to the application to get the tasks done.

The directives are the attributes that are attached to HTML elements for adding extra features and functionalities in the app. The extra’s can be accessed without needing DOM and controlled without manipulating DOM. The directives augment the elements with new behavior by making up a separate part of the elements that can be used anywhere.

The template is a view with HTML elements attached to directives that can be extended by including instructions to determine how the model will appear in the view. The template makes it easier for the designers and developers to work together as the templates look more like a markup so designers can mark up HTML, and developers take care of the functional aspect by adding a controller and a model.

The feature allows the developers to encode the application state in the URL so that page gets saved by its URL without changing its state that enable web page bookmarking. That’s why whenever the user request for the bookmarked web page, the web page will appear in the same state as it was before.

Now, let’s discuss what has changed over the years that have made AngularJS the best web application development solution

Easy to learn and adapt

The framework built by Google is claimed to be secure by default, but the Angular 1 version doesn’t live up to the security standards due to specific security pitfalls. The old bull is upgraded with measurable changes that young calf (AngularJS later versions) comes with developer-driven security features.

The AngularJS applications can be saved from XSRF/CSRF, hijacking, or other vulnerabilities by ensuring the latest AngularJS secured update is installed; XSS attack in angular expression or template can be avoided by generating the templates on the server containing user-provided content; removal of the sandbox disable the access to arbitrary JavaScript code; using the double-submit cookie defense pattern and JSON hijacking protection while making HTTP request to a server; the strict contextual escaping and local caches are the other ways.

In addition to readymade solutions that makes development a breeze, AngularJS also offers flexibility to complement the application with third-party services, tools, plugins, and features. The high adaptability and compatibility of Angular enable comprehensive website development.

In AngularJS, the UI is entirely structured, defined using HTML and include all the components that are easy to understand and manipulate. Besides, some markups can quickly be learned by the non-techie guys, which alleviate the need of designers having good coding knowledge to create a dynamic interface.

The declarative and less complicated expression of the UI doesn’t let the designers waste time on program flows and the order of UI elements loading. Instead, the designers need to list down what’s, and angular deliver the rest.

The reduced number of lines of code have made AngularJS the developer’s favorite. AngularJS features so many things that don’t require the developers to create the pipeline; use getter/setter functions due to data model; define views is HTML; invest extra time in integrations; handle the data on both view level and controller due to filters; and manually bind the data that results in fewer codes.

Additionally, AngularJS enable code reusability where the AngularJS developers are allowed to reuse the code or components that are written by them previously for any application.

The performance is vital for the web applications, AngularJS team has perfectly taken care of it by making the code to pass through a series of tests. The modular nature of angular enable the developers to load only the required module to test and then unit testing is performed on every module.

The in-built dependency injection binds the modules together in the application, which makes it easier to execute the testing function while managing the control over every module without needing to remember the module loading order. In this way, each module will be tested separately from the rest of the app.

A large number of developers are working on the open-source framework- AngularJS and the community of developers are making their invaluable contribution to the AngularJS development and its maintenance. Besides, the pool of information, loads of books, and online resources are available that guides and assists the developers in the event they stuck somewhere.

The plethora of benefits that come with AngularJS development

Moreover, AngularJS is derived from HTML and a few attributes added to HTML, which doesn’t require much time and efforts to build a simple app.

Complementing the apps with easy-to-develop and easy-to-maintain features, AngularJS also holds a good position in terms of performance.

In the case, the angular application is plagued with performance issues, and there are plenty of built-in optimization tools that can help in getting up the app to speed. Also, the apps not having massive infrastructure as Google has, then they can optimize the app performance following specific optimization tips that includes limiting the watchers, use one-time binding wherever possible, limit DOM access, disable debug data, use Lodash, disable CSS class and comments directives, pagination, and tight scoping.

With MVC architecture, the app is developed in modules which makes it easier for the development team to collaborate and manage the project together. Using AngularJS, when the existing developer left and new developer joins the team, he can easily catch up with the current state of development and then locating, managing and writing the code won’t be an issue for him. It makes fulfilling the complex and component-heavy web development requirements plain-sailing for the developers.

The plug and play

Remember, the MVC pattern which separates the app logic in three different layers and the components implemented in any of the layers can be incorporated by the developers in a new application without any fuss. With plug and play feature, the developers can copy and paste the features without writing a single line of code. It increases the developer’s productivity, and they can focus on creating the robust backend and fantastic UI that thrive the end-users.

The directives in AngularJS allow the developers to add wings to their creativity by letting them experiment with HTML and its attributes in a way they want. The developers can build, test, reiterate, inject object, or anything that comes to their mind. Such liberty allows the developers to create more responsive and dynamic websites that stay up-to-date with modern trends and user’s expectations.

Best manage the states and circumstances

The problem is too broader, but every state of the application, be it illusioned or disillusioned, it can be managed well in AngularJS by separating the state management from the computation and services, clearly defining the synchronization strategy of the server and persistent state, and of the client state and the server, and making the model immutable. The framework also contributes a ton in managing permissions, properties, and other concerns.

From the dawn of AngularJS to the present, AngularJS- the framework that’s maintained by Google has proved to be the platform, which is worth the time of developers and worth the dollars investment of businesses due to the sea of changes introduced to the framework. The unique features, great UI, and business benefits have made the framework the best fit for web development. Hire web app developers proficient in AngularJS to build a beautiful front-end for your IT product. 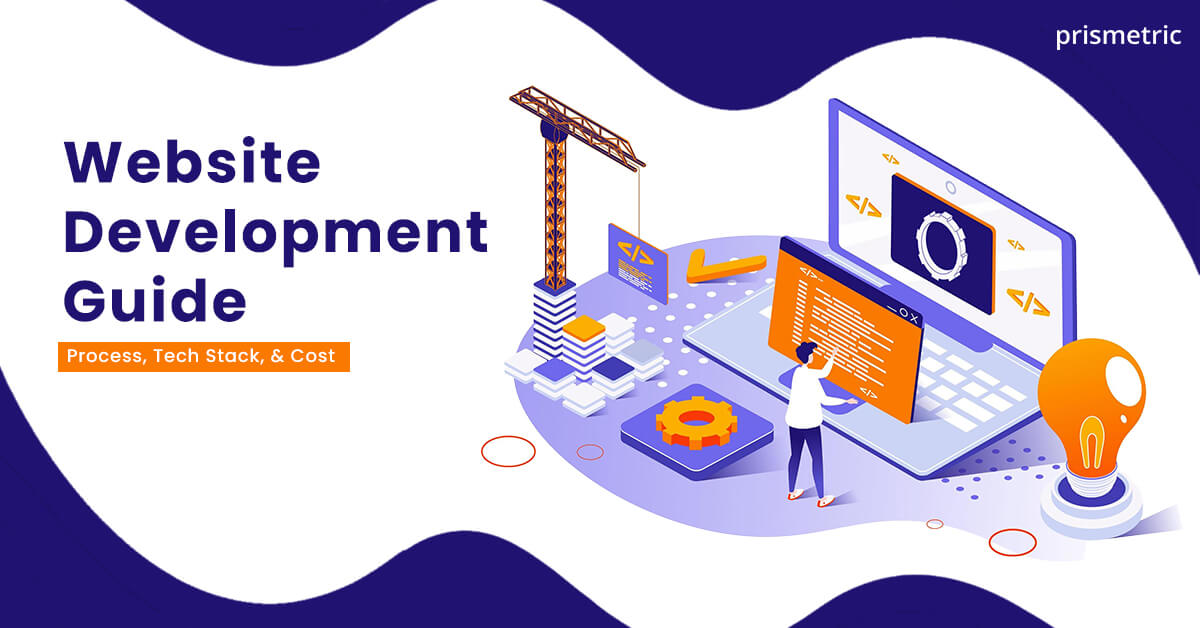 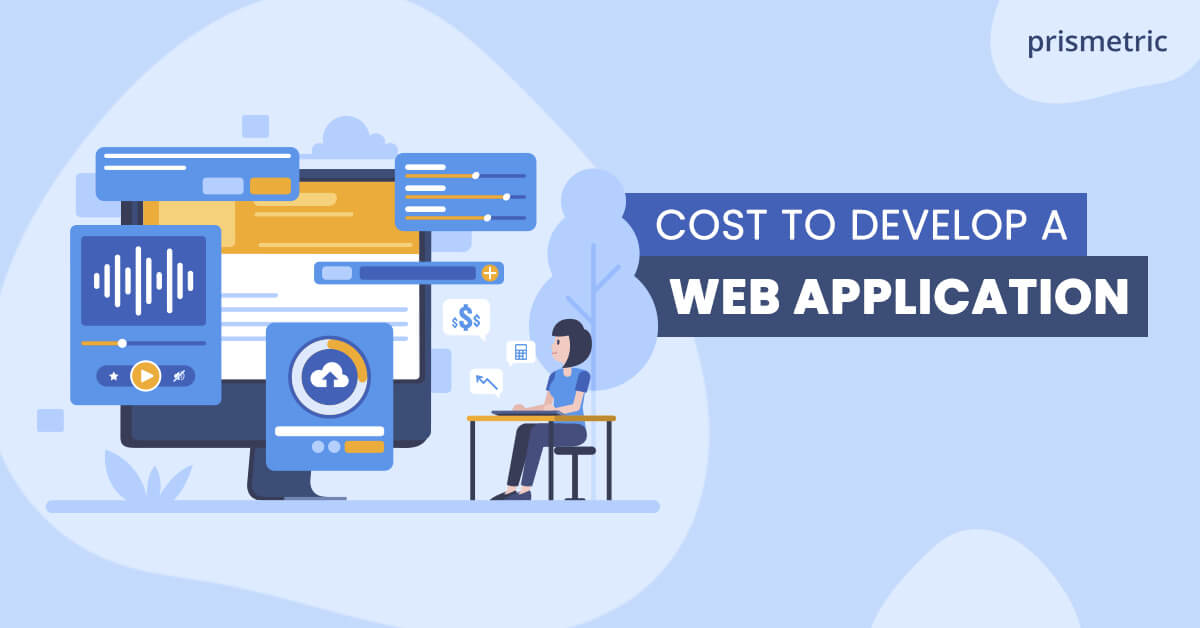