The year was 2011 when the developers at Facebook started facing multiple issues with code maintenance, especially with the Facebook Ads app. The social media giant started recruiting more people, but the problem won’t budge. Eventually, Facebook engineer Jordan Walke found out that the user experience needed to be improved, which could be done only with a code overhaul. Thus in a tryst with destiny, React JS was born.

With the help of reusable components, the developers can display data without needing to reload the page every time new data is added. An excellent example of this would be Facebook likes data. With ReactJS, the number of likes can increase or decrease without the need to refresh the page.

This ability to React JS has accorded the power in the hands of the developers to build complex modern-day user interfaces.

Although ReactJS is a front-end technology, the developers can also use it to execute the backend and use it for desktop apps. More than being just a library, ReactJS is a vibrant ecosystem of various approaches, libraries, and tools which allow the developer to use it as a custom toolset and library.

The fact that it is backed by Facebook and also that it is an open-source project has made ReactJS a fan favorite. It is spelled in a different manner like React, React JS, and React.js, which are some of the names that ReactJS is most commonly used referred to. With a large community of developers already putting their weight behind it, ReactJS is here to stay.

The difference between ReactJS and React Native

While ReactJS is a popular web development tool, react native framework is another programming library released by Facebook primarily aimed at building cross-platform mobile apps. React Native is using the UI elements developed in ReactJS. These elements can generate native iOS and Android interface components like animations, buttons, and other parts.

Difference between ReactJS and AngularJS

AngularJS and ReactJS both are each other’s robust competitors in the world of front-end development. Here are the significant differences between the two

Let’s dig deeper and find out more about ReactJS

Here are some basic terms that will help you in understanding ReactJS in a better manner.

JSX – It allows the developers to write code using a syntax that resembles the XML and HTML syntax. This syntax could be mixed with JavaScript to control the logic.

Components – These are the building blocks of code, and they can be put together to build an application from scratch. ReactJS allows developers to build custom components quickly. The developers can smoothly go for an existing UI library and connect the relevant components with data and custom logic.

Redux – It is a state management library that is paired with ReactJS.

The peculiarity about ReactJS is that it creates its own virtual DOM, which houses all your components. This feature of ReactJS provides the developers with excellent performance gains, as the ReactJS can now calculate on the go what changes are required to be made in the DOM and accordingly updates the DOM trees. Thus ReactJS avoids the DOM operations which are costly and updates the DOM operations efficiently.

Another thing that adds to the efficiency of ReactJS programs is the JSX syntax, which is a blend of Javascript and HTML. The JSX syntax really simplifies the process of writing components for websites as it allows function rendering without the need for concatenating strings.

A great challenge faced by other JavaScript frameworks is that most of them are not SEO friendly. It is what sets the ReactJS library apart, as in this library, your developers are able to get back the virtual DOM rendered as a regular webpage. It helps in improving the SEO rankings of your website.

Developers are taking up ReactJS

According to a survey conducted by stack overflow, around 3 out of 4 developers have said that they are currently working with ReactJS and will continue doing so. It means that in the future, you can expect the library to get a significant boost as more talented developers take it up in the future. It also means that you will never run out of experienced ReactJS developers.

With ReactJS, the developers can build applications faster as it supports the modern concept of iterative and agile development. There is no need to sacrifice the look and feel of your MVP when you plan to build your MVP using ReactJS.

The modularity accorded by ReactJS means that you can scale up your application quickly in ReactJS. The versatile library allows you to launch your product with minimum resources and also will enable you to build substantial single-page applications like Facebook.

There is considerable diversity in the number of tools and libraries that are available to a ReactJS developer. It allows them to build a wide variety of web applications right from software products to lightweight websites to large enterprise-level systems.

With ReactJS Development, the dedicated developers can build their web applications much more quickly as it allows them to build the interface view after view. Because of this approach, the process of debugging becomes fast, improving the overall time taken to build the app.

Another great feature of ReactJS is the component-based approach. You can construct the applications with ReactJS easily by focusing on building individual components, which can then be conjoined to make the entire application.

The developers can focus their energies on building separate modules like network communication module, UI functions like buttons and switches instead of focusing on building the entire project at once.

Along with these features, ReactJS is small and quick to download packages, and the developers don’t need to break a sweat while installing this package. The code-splitting feature or ReactJS means that the developers do not need to load the entire application always. It means that the loading time of your web applications gets reduced significantly.

Faster loading times suggest that the UX of your website will be much smoother and quicker, and the site will also benefit in terms of SEO rankings.

The ReactJS developer enjoys terrific support in the form of a developed ecosystem. With Facebook backing the library, the ecosystem of ReactJS has grown into a robust one with many developers pitching in with their ideas, helping ReactJS to grow.

ReactJS enjoys a vibrant and supportive community with the backing of a tech behemoth like Facebook. It means that you will always get the latest updates and have a talented pool of developers at your disposal if you choose ReactJS to develop your application.

ReactJS allows peace of mind to the developers regarding backward compatibility. Every developer is worried whether the application that he/she develops will work with the older versions or not.

Fortunately for React JS, Facebook had to invest in resources to maintain a high level of backward compatibility, because when React was developing Facebook had many of its applications running on older pieces of code.

Scenarios where React JS is the optimal solution

Although it’s possible to build a simple CRUD (create, read, update and delete) application using ReactJS, it is not advisable as ReactJS is too sophisticated of a library to build simple applications. The same holds true for a single webpage application.

What can be built using React JS?

Well, the level of applications that ReactJS can build can be estimated from the fact that Facebook runs on react today. After realizing the mistake of relying too much on HTML, Mark Zuckerberg promised investors and Facebook fans that Facebook will invest in delivering more mobile-friendly experiences. The result is that now Facebook runs on React.

With talented developers accepting it, Facebook providing the solid support required for its development, a large community of supportive developers and a host of other benefits listed above, the future for ReactJS looks bright.

If you have any further doubts or questions about using ReactJS development for your business, let us know about them in detail we’ll be happy to discuss them. 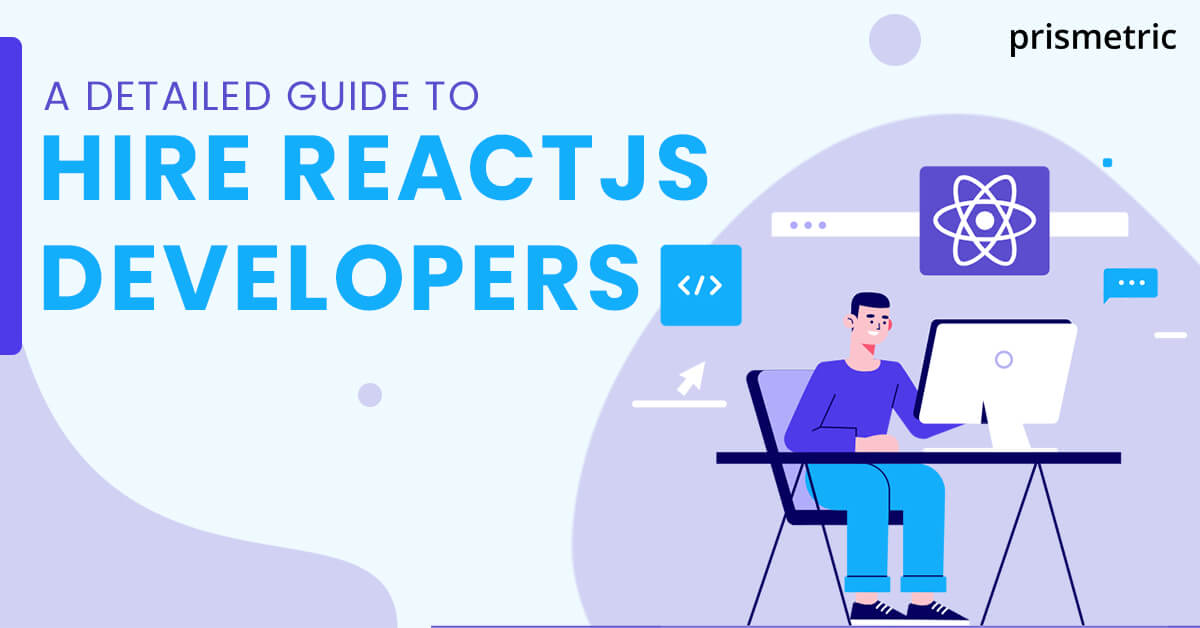