Big Brands using PWA Technology- Demystifying the WHY and HOW 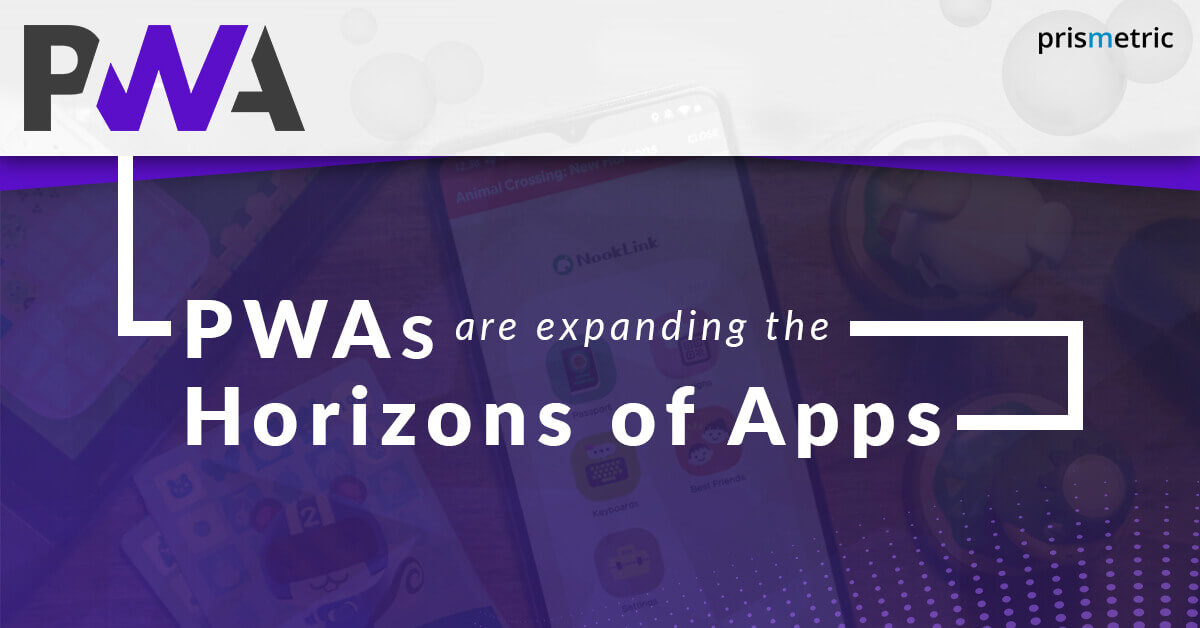 What is Progressive Web Apps (PWAs)?

Every web developer’s dream to build a website that can work offline, offer the users with zipping fast loading times, is secure and can perform even in unreliable networks. But as they say, if you wish for something with all your might, then the universe conspires to make it happen. PWAs have all the abilities as mentioned above and more.

PWAs are official websites that are built using web technologies like HTML, JavaScript, and CSS. The secret sauce that makes PWAs phenomenal is a feature known as Service Workers. The cool thing about a PWA is that the user can save it to the smartphone’s home screen and launch it like a native app.

PWAs are stretching the limits of mobile app development.

How does PWA work?

At Prismetric, we have a lot of experience in building quality PWA apps and are considered as a Top Progressive Web App Development Company. Hence, it will be our pleasure to share some in-depth information about how PWAs work. Although you do not need to get into the technical nitty-gritty of things, knowing some basics never really hurt anyone.

Service Workers are worker scripts running in the background. Typically written in JavaScript, the Service Workers allow web developers to intercept network requests, manage push notifications, and perform various other tasks. Service Workers also enable the user to use a PWA offline by caching parts of the website.

The best part about Service Workers is that in case the browser of the user does not support the Service Workers, these little things won’t affect the performance of your website, and it will function like any other standard website.

The idea behind Service Workers is that the website should be able to work in any state. It should be able to progressively enhance the user experience by providing more advanced features on devices and browsers which support these features.

Service Workers work like air traffic controllers on airports or traffic police officers on traffic signals. They allow you to redirect your requests or even stop them completely. They route the web requests and can load from the network or cache, depending on the nature of the application.

Service Workers are event-driven, and they allow the developers to simply pick and choose the events which the developers would want to tap into.  Having a basic understanding of events is the only thing necessary to get started.

Once the Service Worker is completed, the install event gets activated. Once installed, the service worker gets activated and starts controlling things coming in its scope.

Now that you know a bit about service workers and PWAs, let’s see the reasons behind the popularity of PWAs.

Why are top brands making the switch to Progressive Web Apps?

There are many benefits of progressive web apps that are luring top brands towards them.

According to a study, human attention spans have rock bottomed in the digital era. So much so that now your pet goldfish has more attention span than your website!

With faster smartphones and lightning-fast internet speeds, it is natural now that today’s web users demand more. The users of today are accustomed to blazing-fast website loading speeds. With the native apps becoming heavier day by day, it has become difficult for every business to provide a smooth experience across all the platforms.

Modern digital consumers are spoilt for options and will quickly move on to the competitor’s applications if they are not satisfied with the results. The app’s loading speed is a significant determinant of an app’s success today, and customers will not tolerate slow loading apps. If companies like Pinterest and Starbucks can adopt PWAs to improve their app loading speeds, what stops you?

The significant advantage that PWAs offer is that they provide the user with a Native like experience while using a website. Functionalities of apps like the ability to work offline and push notifications are imbibed into the PWA. Like an app, the user can add the PWA to the home screen and launch it as and when required. Moreover, PWAs are accessible even for the traditional search engines like Google (they are websites, after all, remember?).

PWAs require considerably fewer resources (read human resources) because they have a single codebase that can be used to build a web app. That is not the case with native mobile apps as the developers have to develop separate codebases for apps operating on different operating systems like Android and iOS. Thus, doubling the costs and the resources required to build a native mobile app. Apart from that, the time needed to build a PWA is remarkably lower than in building a native app. It also has an overbearing effect on the app’s cost as fewer developer hours are invested in building a PWA as opposed to building a native app.

Related reads: The cost of developing a web application and the factors affecting it

Updating mobile apps is a headache. App stores have their app updates policies, and whenever the developers need to update an app, they need to pass through the filters of app stores.

There is no such headache with PWAs as there is no need to install the app into the device, eliminating the need to update it. While updating a PWA, the developers do not need to wait for the app store’s permission. It speeds up the process considerably. Moreover, the PWA can be updated in the background while the user continues to use it.

As the number of people using apps rises, so does the security concerns. It is because, as more people, those who are not tech-savvy or much accustomed to the digital world start using smartphones and start making transactions online, they are becoming soft targets for hackers.

PWAs offer significant advantages over native apps in this arena. To begin with, PWAs have very few lines of coding, which makes it difficult for hackers to insert viruses in them. PWAs are heavily dependent on Service Workers, and if a hacker can compromise with a Service Worker, it can wreak havoc in the PWA. To eliminate this possibility, Google has made sure every Service Worker can be registered only on HTTPS pages.

Additional reads: The reasons why PWAs have taken the driver’s seat for app development.

How are brands connecting with their customers using PWAs?

One of India’s leading online travel aggregator companies, MakeMyTrip, improved its conversion rates by 300% as the page loading time decreased by 38%. The visitors of MakeMyTrip now spend 1.6 times more time on the website.

The world’s favorite microblogging site experimented with PWA in the form of TwitterLite. The response was phenomenal as TwitterLite is data consumption-friendly, reducing the Bounce rate by 20%.

One of the world’s largest e-commerce platforms, Alibaba adopted PWA and increased the user interaction rate by 400%. The conversion rate also jumped by 76%, and the rest became history.

One of the pioneering business magazines of the world, Forbes, wanted to reduce the rendering time of its mobile website. They turned to PWA and reduced the time from 6.5 seconds to a mere 3 seconds, improving the readership by 12%.

PWAs are changing the dynamics of mobile app development. The habits of smartphone users are changing. They now want apps that do not fill up their device with memory, are easily accessible even offline, are faster to load, and all this without compromising on the security. PWAs are the answer to all these questions. With so many brands already using it, what is stopping you from considering PWA for your next project? 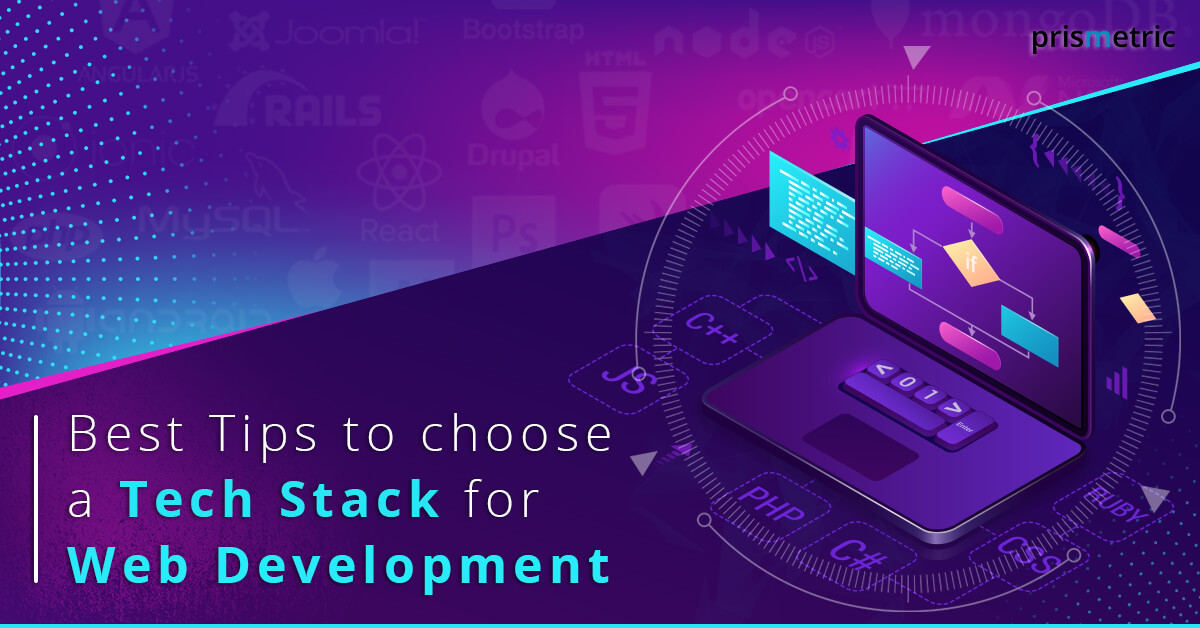