This is a special week for all the Indians as our beloved country celebrated its 70th Independence Day; meanwhile, the mobile world has also frenzied itself to new heights and expanded its horizons. As we head towards the second week of August, gaming, marketing, innovation, technology and cloud computing have seen some major turnaround and up rise.

On the other hand, Uber has shown keen interest of plotting its ground in India more firmly after their recent collaborations in China. 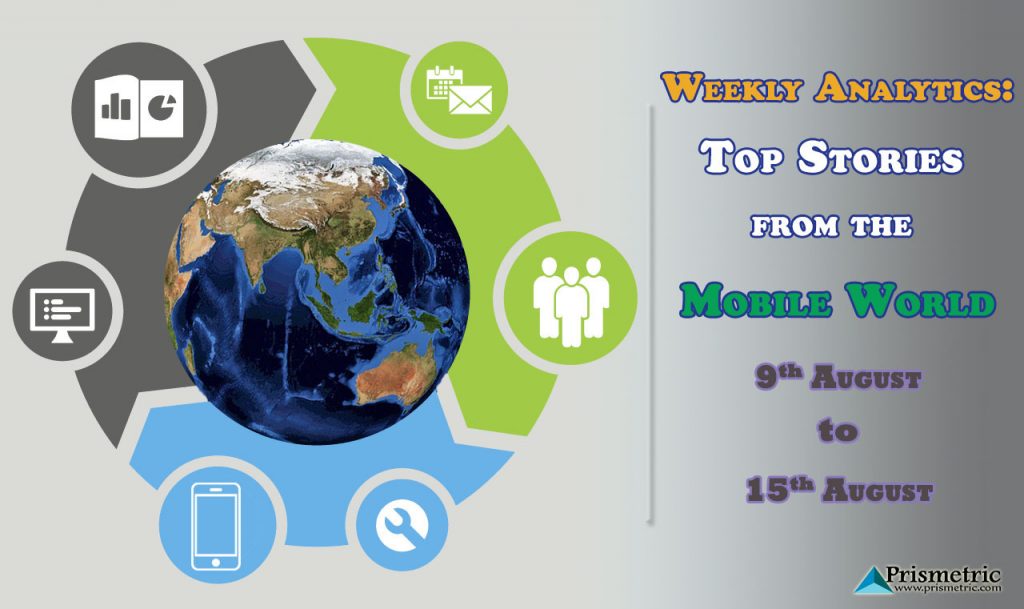 Therefore, let us fasten our seat belts and get into the frenzy world of mobile technology once again this week.

To get the global cloud computing race soaring, the search engine giant has shown its willingness to get in the infrastructure of cloud platform at its world event held in Mumbai. Google is keenly looking to make serious in roads with the state of the art infrastructure as a service.

Never keep all your eggs in the same basket, taking this saying and implementing it to the core is Larry Page’s company Alphabet, which is also the parent company of Google. Throwing its money in lots of things like venture capital that invests in the early stage of the startups, through growth equity investments, etc. Moreover, they take into account that the company they invest should be strategically relevant and serves all Alphabet’s and Google’s efforts.

Apple, in its most recent invention describes about detecting the stressful or exhausting parts of a wearable device. The application here uses the electrocardiophic signals and enrollment procedure that could help in measuring the difference between the worn out parts of a wearable device. Redeeming its previous wearable with a much updated EKG, the new invention by Apple has lot to offer to the wearable world.

Gradually evolving with time, API publishers have learnt that there are many facets and paradigm that drive adoption and usage of API’s. However, with the growth of technology, the main issue is to make API more compelling for downstream developers. Also, we know that integration is the leading use case for API’s and to achieve it, the most functional API’s must be selected. Therefore, look into some amazing traits to increase your API’s rate of adoption.

Our country is celebrating its 70th Independence Day this week; we look forward to tech challenges that have been put forward before our country. India is currently in the hyperventilating stage of the digital transformation. There citizens have an unprecedented energy and a good knowledge of the software know how around the globe. With the capability and capacity as a country to dominate the technical world in the future, the hike is on India as the rising star amongst them.

The charm of Disney is back in the world of gaming and Google’s cloud version is adding the spice to it. With the motto of promoting Disney’s upcoming Pete’s Dragon remake, the game is free and accessible through the mobile browser that is designed for the game. It has whimsically animated maps with simple instructions so as to identify the dragon hiding anywhere in the plain sight all along. It uses Google Cloud’s API to identify the object in the photo.