The How and Why of Beta Testing your Mobile App

You pour in the weeks and months of time, efforts, and dollars in developing and delivering the amazing app, but unexpectedly, after the app launch, it’s not warmly-embraced by the users. It’s upsetting and simultaneously, pops-up a lot of questions. 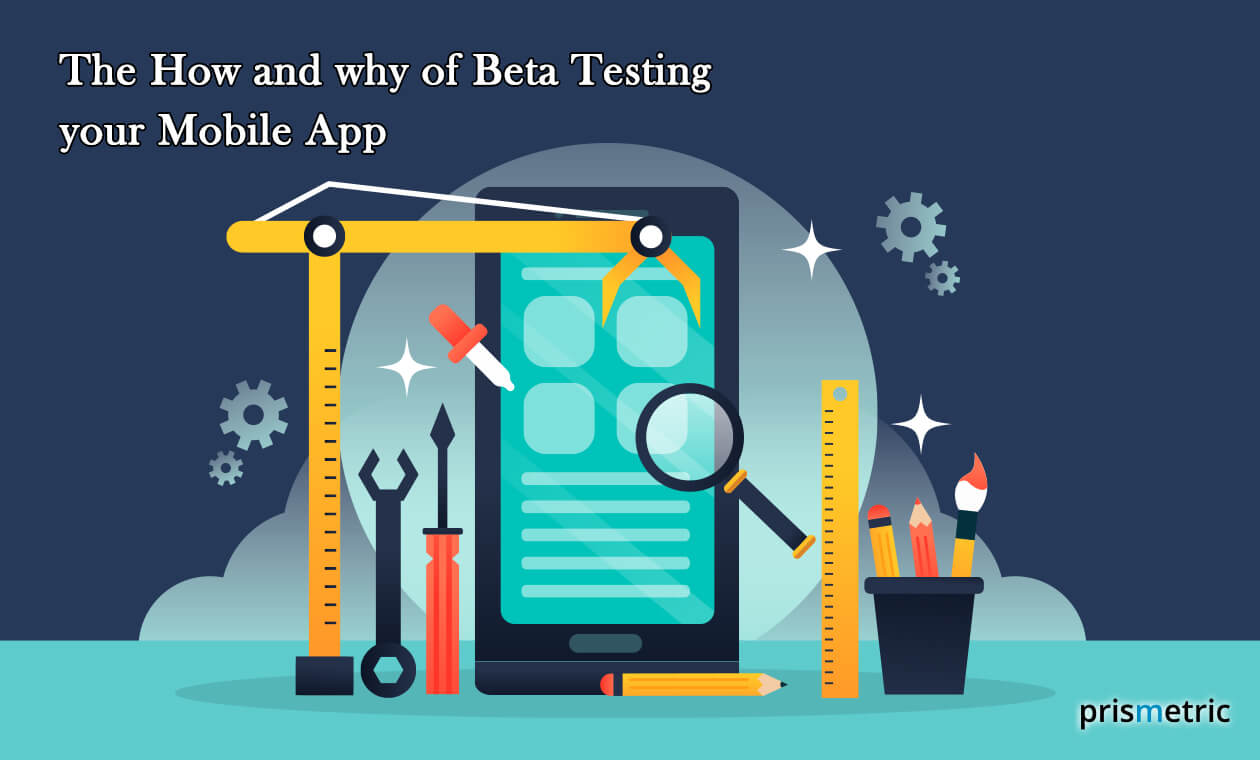 Why the app ditched by the users? Is the app idea not executed properly? Is the mobile app lacks uniqueness? Or, is the app launched buggy?

Well, whatever be the reason, but the conclusion is the app launched in the real world was not user ready. And, how the app will feel in the hands of the right users could be known through testing. Prior to alpha testing, the app must be tested by the handful of the target users to guarantee the best user experience post-launch. The important process of app development is referred to as beta testing.

What actually app beta testing is?

The word beta is a Latin word that means ‘still doesn’t work’. The beta testing means testing the app just before the launch by the target users to find out the bugs to resolve, crashes to avoid, performance issues to fix, new features to add, and existing ones to remove in order to take out everything that doesn’t work. The beta testers are not the developers, instead, they are the tens of people chosen from the target audience who will provide the feedback from the user’s perspective.

Most often, businesses invest in app development, but not find it worth to invest in beta testing, that’s a big mistake they made. It’s so because the QA and testing team, which is already under tremendous pressure to find the technical issues and flaws in the app cannot test the app wearing the end-users lens. Therefore, they end up building the app that fails to deliver a wow experience to the users and retaining the users becomes nearly impossible.

The beta testing holds a lot of significance in honing the app and allaying all fears related to the app’s real-world exposure. Let’s discuss in detail- Why beta testing is essential:

Theoretically, your app idea is unique and will bring the desired outcome, but it’s not necessary that you will get the same result post-release. In order to verify and validate the app idea and app features, the beta testing helps where a group of users provide their feedback to add, modify, or remove the features and functionalities to make the app a perfect fit.

Identifying the user’s need and user experience from the user’s perception helps in making the app that perfectly syncs with the user’s expectations. That’s where beta testing rocks. The beta testing aids in maintaining the balance between the number of features and the experience they deliver, which in turn keep the app fine-tuned with the quality aspect.

The app’s usability score always vary according to different users. However, aggregating the beta testers feedback helps in creating the application that most of the users find it useful. In the event, the usability score of the design, features, or functionalities is low, then developers will reiterate the build.

The in-house team cannot find out how the application will respond in different environments and on the range of devices, but beta testers can. The beta testers will provide the actual response through user interactions in the real-world that help you know how the app performs on different devices in distinct geographies with various internet connectivity zones. Also, how the app reacts in limited memory, low battery and interruptions can be known, which the emulation in the development stage cannot reveal.

The beta testers are the early users of the app who are chosen from the group of target users and when they are selected to test the app, they feel privileged. The honor makes them feel valued and encourage them to spread the word among friends, and family members. Also, the bugs and unexpected behavior of the app can never be an issue because they know this is a beta version. You can save a few pennies on marketing and advertising, and start building a fan base before the actual launch.

It requires no explanation on how much it costs the business when the app fails. It’s better to check and get the app tested in the limited market to get saved from the damages that a buggy app creates. With beta testing, the developers have the opportunity to fix the issues in the development stage easily and quickly, but post-launch, making the changes, repairing the image, and re-launching become pricey and stressing.

In essence, mobile beta testing helps in launching a high-quality, stable, secure, reliable, high-performing app that takes the user experience to a whole new level. However, the winning outcomes can be achieved from beta testing only when it’s rightly executed.

Here are the uncommon tips to successfully beta test the app:

Decide the number of testers you need

Ideally, keeping 100 to 300 beta testers is a good decision in order to collect the optimum feedback without going overboard. It’s so because only a handful of the testers will give the right feedback in detail including the pain points, wow moments, and interrupting touchpoints. It helps in getting a sizeable amount of feedback that determines what will work and what not in the app.

Maintaining a fine balance between what you need and what you can afford is necessary to make the app to the market at the right time. When you have narrow down the choice of beta testers type, set the realistic timeline for the beta test so that testers get enough time to test every aspect and element of the app, and the beta testing won’t make the deadline uncertain. Despite launching the number of test phases, you must ensure that testers adhere to the timeline of 6-10 weeks, else it will go on forever.

Discover the ways to find out the beta testers

The beta testers are the unique creatures of the universe who are rare and difficult to find. On the platforms like- Erli Bird, BetaList, Betabound, Hacker News, Beta Family, BetaTesters, and others you can find good testers that provide qualitative feedback.

Additionally, Facebook, Twitter, Quora, and LinkedIn are the platforms where you can find potential testers, but it demands extra efforts of publishing the beta testing posts and then identifying the sincere testers with continuous chat. There are some tools such as Ubertesters, Testfairy, Testadrome, and Perfecto Mobile with which the developers can connect with testers across the globe and get valuable feedback.

Deliver the app to the beta testers

Certainly, you are not going to provide the .apk file of the beta app directly to the testers through any platform. There are a few platforms such as AppBlade, Appaloosa, TestFlight, Google Play Console, Crashyltics Beta, and Installrapp through which the apps can be distributed to the external testers for testing the Android and iOS apps.

After finding the best testers and distributing the beta app to them, it’s not essential that the testers will actively test the beta app all the time. Initially, the testers might work with great interest, but later on, they become a bit lazy. You can make the testing worthwhile for them by keeping them motivated and engaged to let them test the app proactively.

It can be done with incentivization where you can announce a surprise reward for helping you achieve the milestones. The incentives won’t cost you a pretty penny, but if you cannot afford, then allow the testers to use the app or its premium features for free. It helps in getting the app tested enthusiastically and also build your loyal fan base.

Consider their feedback as valuable insights

The cardinal aspect of beta testing is to know the bugs, and suggestions for modifications and new additions, but they are not equally welcomed by the developers. Often, the developers warmly-embrace the bug reports and fix the issues, but when it comes to introducing changes in the potential features, it’s less considered. It’s a mistake they made, but making the improvements is a tricky process.

The developers have to maintain an equilibrium in the sense of becoming selective where they should listen all the changes suggested, but consider only those changes that are provided by most of the beta testers and that truly works. You should entrust the beta test group, collate their desired feedback, and implement the changes after pondering and testing them keeping a long-term vision.

The mobile app testing is the significant step of the app development process to ensure that application that’s jam-packed with amazing features and functionalities performs impeccably when it makes its debut in the app store. The beta testing opens the secret door to success by getting the app tested by real users, in addition to the internal testing team before the app becomes available to the general public. It takes a lot of frustration out of getting the app tested and fixing the issues at an early stage.

Make the app launch qualitative, bug-free, holds usability, performs to the notch, deliver the best user experience, and mitigate the risks of failure by following the beta testing tactics. Don’t overlook beta testing, instead make it a part and parcel of the app development process to reach the defined goals. 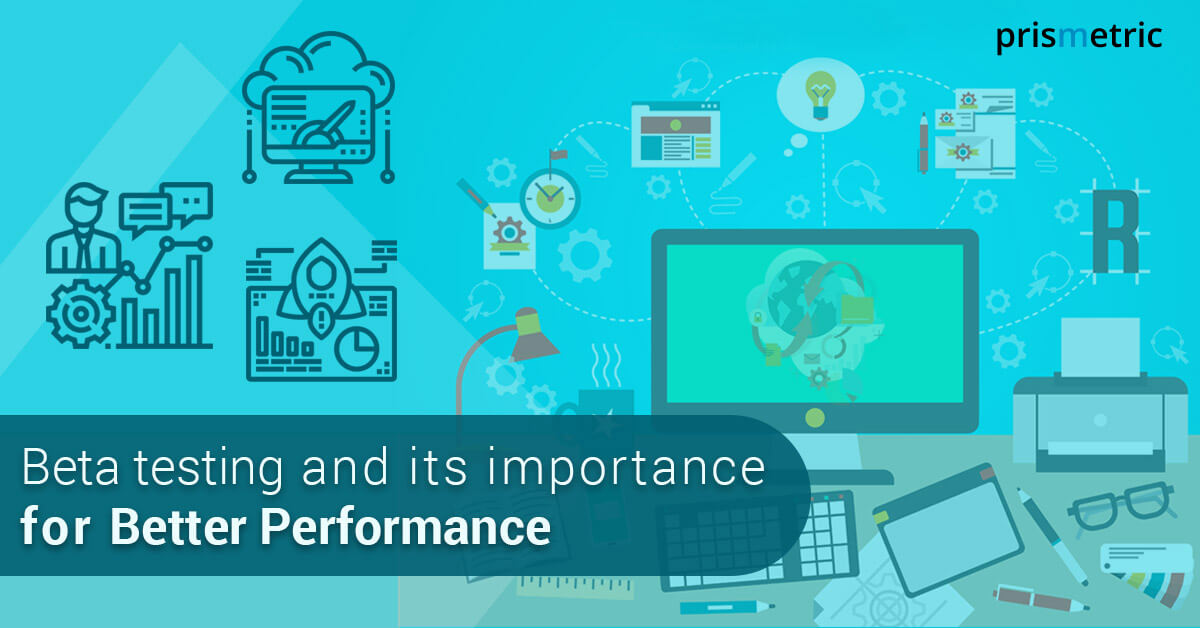 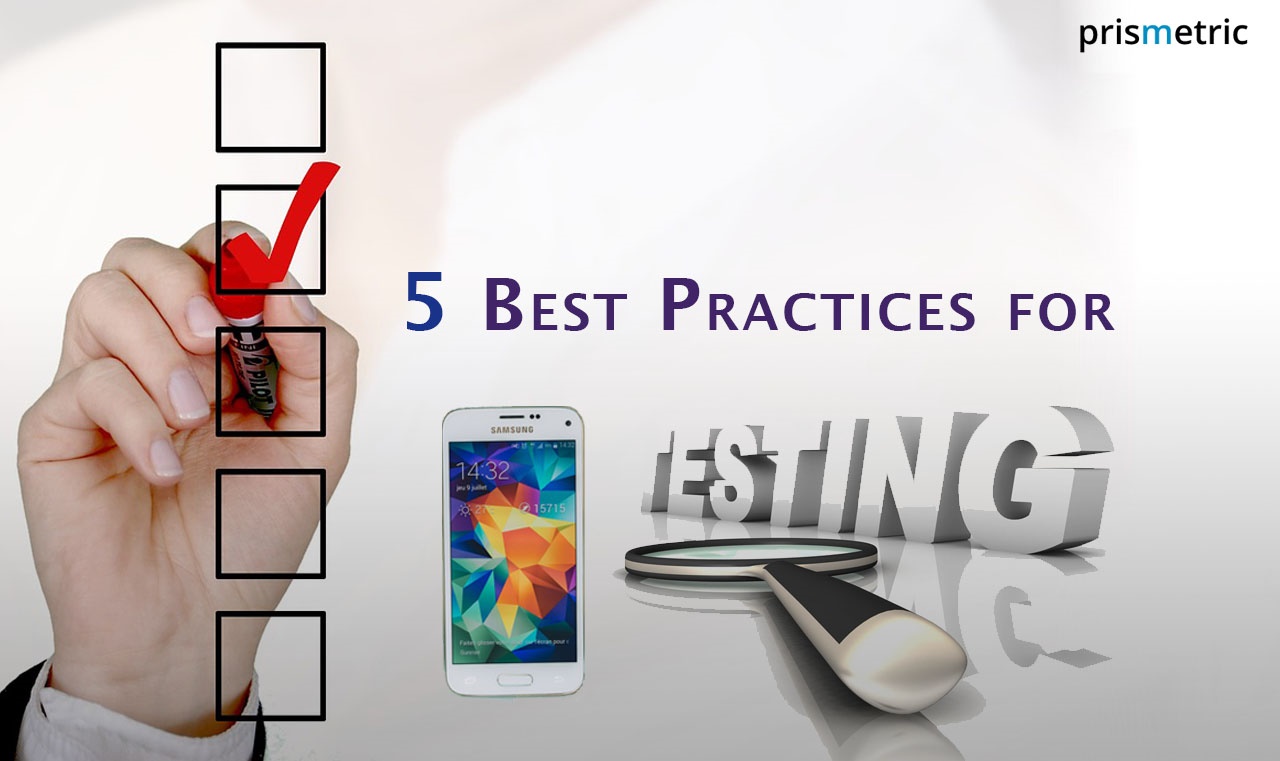 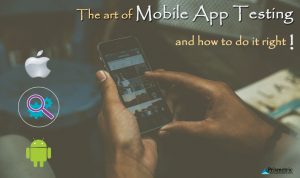 The Art of Mobile App Testing, Its challenges and How to do it Right