How Mobile App user behavior differs according to the region

It has been almost a decade since the mobile; especially smartphones burst on the technological front and took the world by storm. Mobile apps have become a household name nowadays as they are being used in almost all the work that is related to daily life. Mobile apps are rapidly becoming the apt medium in this hyper interactive mobile landscape to attract users across the world irrespective of their distinct app user habits.

As people have different taste and habits according to their locality or demographic area, in the same manner the smartphone app users also vary in terms of app usage and behavior. Right from app discovery to app usage, installation and many more, smartphone users are variant according to their requirements and the regions they belong to. Stats have also shown that app user behavior in the developed countries have better retention rate as compared to the users from the developing countries. On the other hand, the users from developing countries lead in terms of smartphone users and have a higher app download rate as compared to the other users. 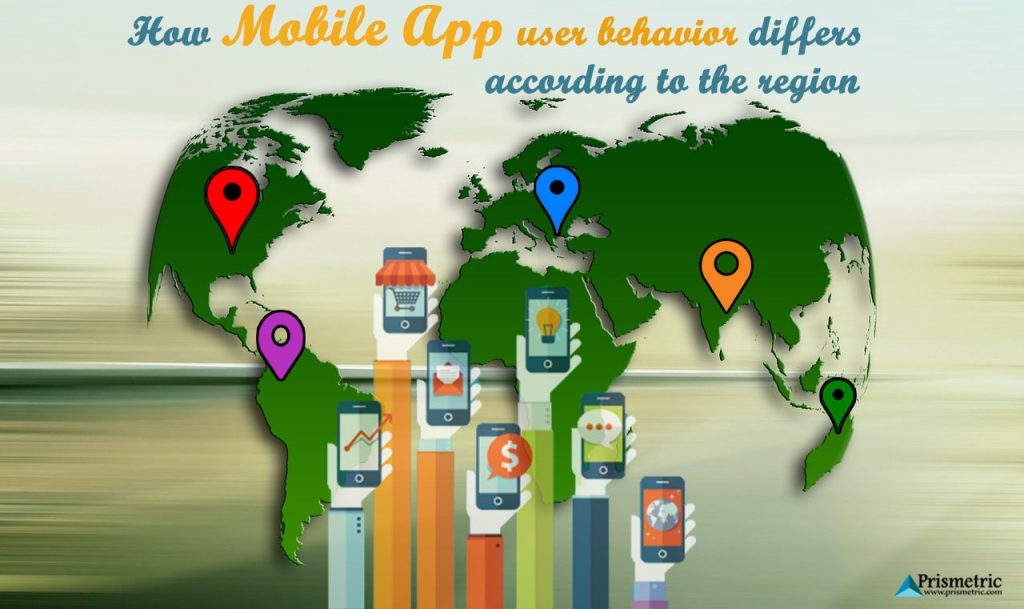 Forrester’s study shows that in developed countries such as US, people spend over 85% of their timing switching between or using just 5 apps. Also, the majority of that time i.e. 84% is spent on native apps as they are more comprehensive than the hybrid apps. From the marketing front also, user behavior plays a pivotal role as the company could mould their customer targeting policy according to their usage and likings.

Social networking apps consumes most of the time irrespective of the demographics of the user. Also as e-commerce is on a upward rise, the shopping sites nowadays also consume a considerable time of the users across the globe.

Therefore, with some similarities and difference, it would be fascinating to know the app user behavior and how it changes from place to place.

When it comes to user engagement or preference of the customers, the web apps score over mobile apps immensely in the developing countries. But, the scenario is completely different in the developed countries. Researches reveal an interesting fact that in developed markets such as Japan, UK, US the smartphone users outpaced the web users by almost 10 minutes or more. Also, divergence is seen in the frequency of web or app usage as well. In the developing countries inspite of the fact that these countries house the largest contingent of mobile users, the proportion of smartphone is fairly less as compared to their developed counterparts.

App users from the developed countries like to have technology in their hand as they are generally on-the-go and a portable source such as mobile can be the optimum ally. Moreover, the accessibility of the mobile apps also plays a huge role in determining this paradigm shift.

App retention is also a very important factor that varies considerably as the demographic of the mobile app user changes. Moreover, app or web developers nowadays consider app retention as a major factor in deciding the popularity of the app. Retention rate of apps in developed countries are high as compared to those of the second world countries (developing countries). The main reason behind this is the fact that users from the developing countries use a plethora of apps which they do not relate or engage as often. On the other hand , the mobile app user behavior from the first world countries invariably use the same set of mobile apps that they use often and thus the apps there has a better retention rate. Also, the uninterrupted availability of the technology with better speed Internet adds to the user mentality. In addition to that, apps have a higher retention rate where the app developers and marketers closely targeted push notifications play a vital role.

Retention rate for web is considerably higher in developing countries as the divergence in web user behavior is more varied. Activities on web is very pivotal for the users in the emerging market as the relevance of mobile apps is still very scattered here and users are more inclined to web for their daily activity. But, this fact can’t be ignored that mobile apps are steadily gaining popularity in the emerging market as well and will considerably dominate the web in the near future.

Just like the retention rate, the user ratio also fluctuates immaculately, whether it is for the web or the mobile apps. Mobile app user behavior, especially for the native apps is on an all time high as they give the users all the benefits related to the mobile OS and are immensely user friendly apart from being easier to understand. Mobile app usage has understandably overtaken the web usage and this scenario is more or less similar for the first and second world countries.

Web user behavior is changing and thus web usage ratio is on the decline as more and more people are shifting their attention to mobile apps as they are easier to relate, use and access.

Conclusion
We all know that change is an inevitable thing. The process of mobile app usage and web usage differs from place to place because the users find a significant association and profit in a certain kind: be it mobile app or web. Mobile app users are rising nowadays and web users are slowly fading away as the world is becoming more digitally active, advance and faster than ever before.