When it comes to mobile app development, we can’t overlook the significance of Google Play and Apple store.  They are the 2 largest mobile app marketplaces we have today.  Both app stores have more than 1 million apps and have achieved app downloads in billions.

Yet, there are some major differences in the functioning of these stores. Knowing these factors that distinguish one store from the other will help you get your ASO (app store optimization) project succeed. 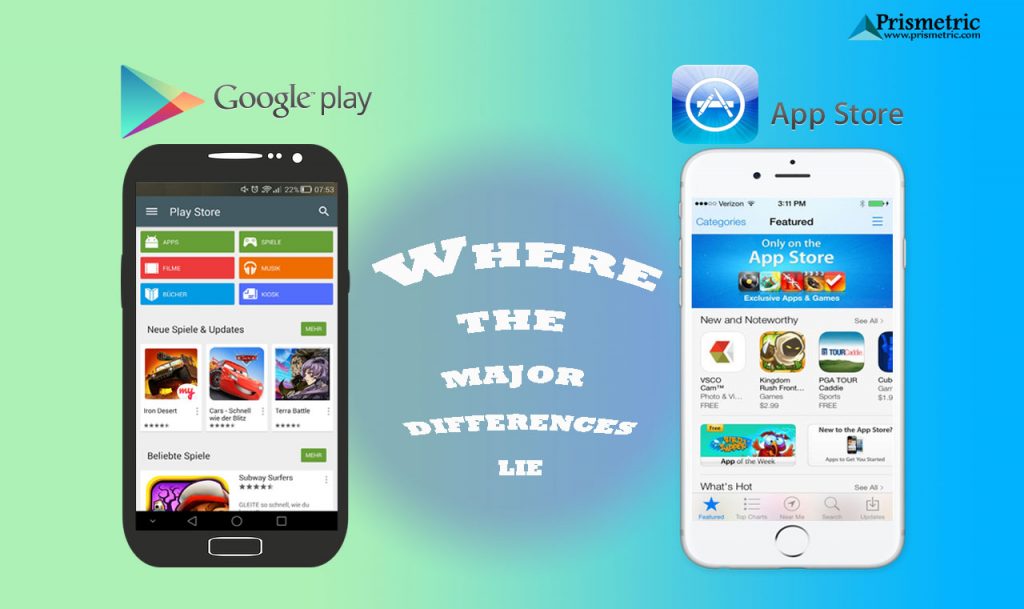 Let’s have a look at some of the key differences in the features of the Apple App store and Google Play store:

Now you know some key differences in the functioning of two top-notch app marketplaces. You can use this information to boost your ASO campaign for improved results or to choose a right mobile platform for your app development project.