Flutter, the app development framework from Google has received rave reviews from the developer community. The ability of Flutter to give pixel level control to designers, faster development and testing capability to developers, and reduced cost of app development for businesses has lead to this unprecedented popularity. Apps built on Flutter have successfully proved their mettle in many industries like e-commerce, entertainment, finance, education, sport, navigation, lifestyle and travel.

Flutter is an SDK (Software Development Kit)developed by Google on which mobile app developers can use a single codebase and build beautiful cross-platform apps having native-like performance at a lightning fast speed.
Flutter reduces the time to market for your app, increases the fluidity of your app, saves on the cost of production, and gives the designers the requisite tools to design a beautiful UI and a smooth UX.

Let’s have a detailed look as to how Flutter helps in creating great apps;

Prismetric has always been at the forefront of mobile app development.

We have evolved with changing times and embraced new technologies which are required for app development solution. New technologies like Flutter have enabled businesses to build high-caliber apps in an economical manner in much less time than it was possible earlier. Mobile app development started with apps being developed on Java and Objective C in Android and iOS, respectively. Then it shifted gears as Google and Apple came up with Kotlin and Swift respectively, which enabled app developers to build apps in an easier and faster manner. Hire Flutter Developer from our team, who have closely followed the changing trends and have adapted themselves to suit the needs of the Flutter app development arena.

We as a leading Flutter App Development Company understand that the time to market for an app can be reduced substantially by efficiently utilizing features of Flutter like static hot reloading. Flutter app development becomes effortless with DART- Google’s own programming language, which is the engine responsible for speed and agility of Flutter. Hire dedicated Flutter app developers from Prismetric who can effectively implement the power of DART to build polished and nimble apps.

Flutter is an excellent tool for app development, but you will need expert hands at your service who will utilize this tool to create your perfect app.

Why we are the best the Flutter app development company?

Our team is committed to provide you with a robust app which works under varying conditions assuring you the best value for money.

We understand that an app delayed is business lost; hence, we work round the clock to make sure that the app is delivered before the deadline.

We believe in having clear communication protocols and keep you updated about the status of development.

Prismetric uses the thousands of widgets which Flutter has to make app development lightning fast with better efficiency.

We use the inherent wherewithal of DART, Google’s own programming language on which Flutter is written to enhance the fluidity and reliability of your apps.

We can easily integrate your app developed using Flutter on IoT devices, or other compatible technology and solutions quickly.

Through years of experience, we have perfected an app development process that has always ensured a satisfying smile on our client’s face.

Prismetric uses Flutter’s rich library of widgets to craft unique and elegant apps which portray your brand’s efficacy in the most appropriate manner. 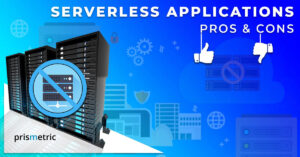 Serverless applications are the ‘next big thing’ in cloud computing circumference, and it is here to stay. In the past few years, especially after Amazon Web Services (AWS) ... 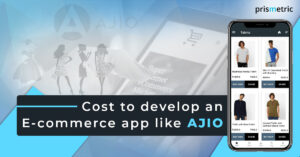 How much does it cost to build an E-commerce App like AJIO?

A report states that the global e-commerce market is expected to reach $ 6.07 trillion by the year 2024. The huge growth potential of e-commerce has attracted Reliance industries...

Immunity and Vaccines – How Mobile Applications can Help You?

From the systematic distribution of vaccines to increasing immunity, mobile apps play an essential role in the present pandemic era. A sedentary lifestyle is one of the many perils of t...