Android App Development with Kotlin : An Overview on how to Start

In 2016, not to say, but the best innovation in the Android development landscape created by JetBrains team, which was not realized by the developers at that time. But, some of the developers attempt to experiment with the language to minimize the pains of using Java. 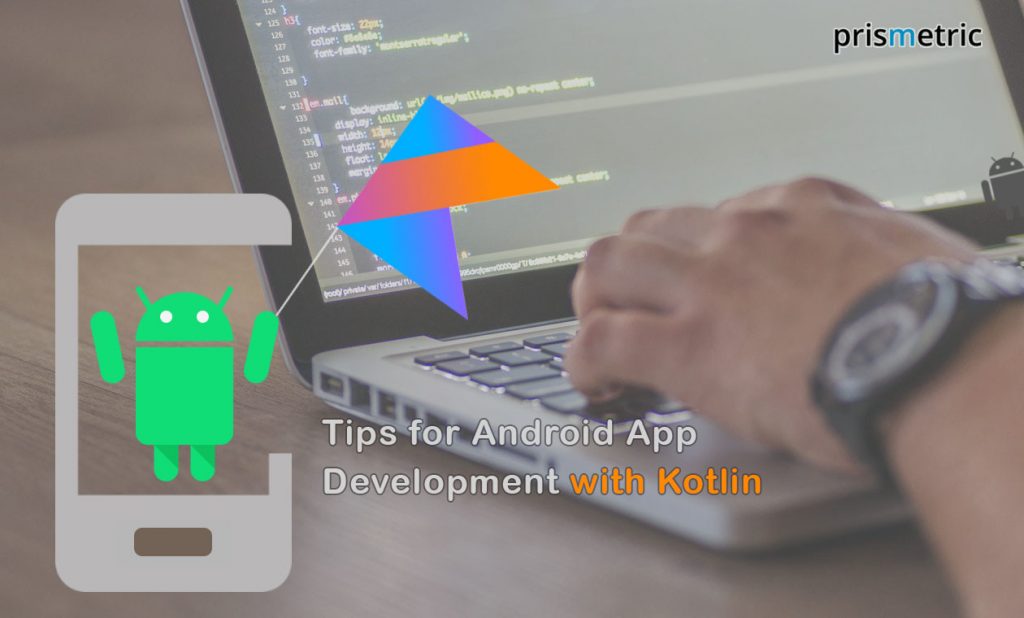 However, considering the old adage-  “Old is gold”, in Java context for Android apps latest development trends, after the release of Kotlin and its adoption for Android app development was put in the question. Although it’s packed with impressive features such as drastic reduction in the boilerplate code, fewer errors, high interoperability, easy-to-create business logic with inbuilt extensions, and pretty more.

Later, when Google announced in regards to the official acceptance of Kotlin language for Android development was made, the developers started accepting it warmly.Without any doubt, its massive adoption is on the horizon.

But if you are a rookie there is an issue. Trying hands with the new entrant is tricky for such rookie players because even the experienced Android developers share less familiarity with kotlin programming. This is the reason we have compiled the list of tips described by the kotlin professionals that help you to get the most out of the language. Let’s dive in:

How to create new projects?

Kotlin is becoming the first choice for the developers due to the amazingly easy way it provides to start a new project. It sounds peculiar to the kotlin developers, but for the beginners, it’s totally fair to learn.

So, once you have installed kotlin plugin on the system, you can start a new project by clicking on File and then selecting New Project. Before pressing Enter, give a name to your kotlin project and select the installed Android SDK version alongside keeping most of the options as default that appears. Finally, your project is created where you can start coding and writing logic.

How to convert Java code into kotlin?

Kotlin supports high compatibility with Java. This is why if you hire kotlin developers to convert the already programmed project or half-programmed project into kotlin, it is not a big deal. There are a plethora of options to accomplish the conversion. For me, the easiest one is opening the Main Activity.Java file, then selecting “Convert Java file to Kotlin file.”Another way is using the shortcuts from the Menu entry.

Note: The files should be converted one by one to ensure code is working as before.

Kotlin is famous for the less code verbosity, which facilitates the developers to focus on functional programming. The modern language features lambdas that makes it easier to diminish the overall coding lines in the source file without needing to change the build configuration or dealing with Retrolambda.

The use of Lambda is preferred in the conditions when the implementation of a single method or setting of a listener is needed for Android SDK.

How to concisely deal with collections?

In addition, in a teamwork, by applying filters, it becomes effortless to identify which collection is new on the list. The filtering a collection of kotlin is comparable with other programming languages like- Java 8 or Swift collections.

How can classes be simplified?

The data classes in kotlin automatically add the methods such as Copy(), Hashcode(), toString(), and Equal(), which makes the model intention clear. Also, it differentiates the data from logic with a vivid description of what needs to be there.

Take a look at the example of data classes:

In the example, nothing more is needed to make Player class work as automatically, the name of string type and age of integer type will be assigned and stored in the respective formats.

How to avoid null exception?

Many developers consider the invention of null reference as the billion dollar mistake because accessing a member of null reference means the occurrence of null reference in the exception, which puts the code in danger due to the rise of innumerable errors, infusion of vulnerabilities, and the probability of system crashes.

Bingo! Kotlin language bid a goodbye to the null safety with the elimination of NPE exception from the code. The type system is introduced that differentiates between the reference that holds null referred as nullable and not holds null termed as non-nullable types, and deliver the developer the information about the same accordingly.

Therefore, using kotlin the NPE exception will never get thrown into your code unless the developers want it to live explicitly in the code with the use of ‘!!’ operator or calling.

How to define global constants?

It becomes difficult to handle the constants when their scope is large and also there is a headache of going through the class every time when the constant has to be used. It can be eliminated with a global constant concept that’s featured in Kotlin where the value of constants used throughout the app can be defined at one place. This way global constant can be used anywhere in the app.

Note: It’s better to keep the constant scope smaller in order to avoid the complexity.Make it a practice.

Nowadays, kotlin is the most admirable and comparable language against the oldbies. Its simplicity, bunch of innovative features and succinctness has put it on the top of the developer’s mind. The increasing migration of the projects from Java to Kotlin is the consequence of the same. However, the lack of expertise over kotlin is the biggest hurdle, which we have tried to let you overcome with aforementioned tips.

Undeniably, kotlin environment is mature, IDE plugin works smoothly and a lot of resources the language has offered, but the experience of kotlin development is second to none. This is the reason we emphasize you to go through the tips before giving a headstart to your kotlin project. Also, if you are looking for an expert app developer, let us know your requirements and one of our experts will et in touch with you to discuss your requirements. We will be happy to hear from you.