Heraclitus rightly stated, “The Only Thing That Is Constant Is Change”, the same thing fits well with the context of mobile app design. Every design has a shelf life and which may lose its appeal after some time. It implies the app needs freshening up with mobile app redesigning. But, how do you come to know that your app needs to be redesigned? Here is the answer. 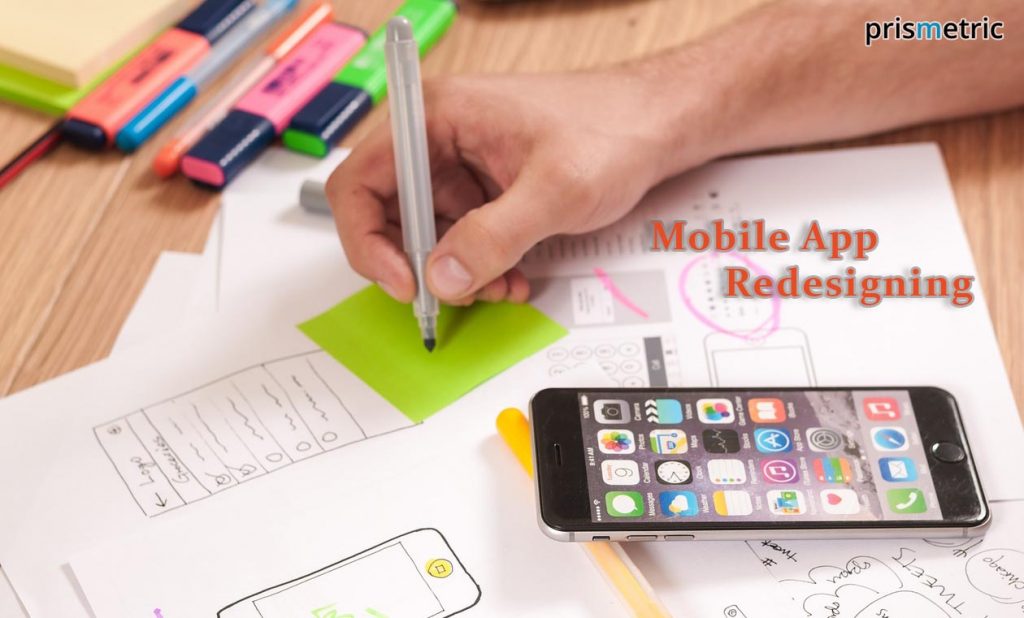 At some point, when the app designed a couple of years back starts failing to convince the users, or the number of downloads begins decreasing, it illustrates something isn’t working, but app owners don’t know what’s that. Gaining the data from analytics, analyzing the user micro interaction and figuring out what’s wrong with the app, determine the app owners where the problem is, which needs to be fixed.

Although redesigning digs a hole in your pocket, but also unlocks amazing opportunities in the form of improved user experience, increased downloads, and uplifted revenue. Thanks to creative designers who keep innovating and come up with the new designs that help in catching up with the latest design trends and users’ expectations to accomplish the business goal.

Before diving in depth to know the benefits of mobile app redesigning, let’s take a step back and have a look at the short story of Instagram’s massive success with app redesigning:

A year back, when Instagram redesigned its iOS app with logo and major UI changes, the US rank improved by two positions within the 24 hours of its redesigned version launch. Well, the new update brought up more negative reviews, but after a month the users have expressed positive feelings and rating climb up to 3.5 stars. Also, the high volume media coverage has boosted up the number of downloads.

Let’s jump straight into the art of mobile app redesigning and understand why it’s important:

The user expectations evolve with the time and technology revolutions. It has influenced the mobile app UI design to progress as new trends jump in. The innovation in the app’s layout, graphics and designs have become imperative to make the app stand and survive for long. That’s where app Redesigning helps.

For instance: With the first iPhone release, Skeuomorphism made in roads into UI design and was considered as the biggest technology transition that has invoked a sense of familiarity and reality in icons with 3D illusions.

In 2013, the rage of Skeuomorphism was over with the advent of flat design. The shine, depth, drop shadows and gradients use were no more a part of UI design. Again, a new design wave starts floating in 2014, when Google launched material design that’s the combination of both Skeuomorphism and flat design to offer a unified experience across all the devices and platforms.

With redesigning, the mobile apps can be best mapped with technology changes in the designs, and old-fashioned design can be converted into latest one.

When the app’s contribution to the business success starts diminishing, it signals your app has become outdated and is not providing what users are looking for. It could be anything like- loading and displaying wrong data as users click a button or background color irking the users, or other issues with respect to design and experience.

Here, speaking to the audience, browsing their reviews and gaining their insights would help in knowing the clear perspective of the users.

When the app is redesigned by changing the UI elements and including only important features, it will become users-first. Thereafter, the user’s attention can be easily captured, the user experience can be taken to a whole new level, and user referrals can be improved. All this has to be done by an experienced mobile app developer ensuring all the design requirements from user’s perspective are met.

The users in the technology world like the things to happen off the bat. Nothing is more frustrating for the users than the mobile app that takes time to open or when its content takes time to load. Many times, the effort of engineering the best designs, graphics, and layout increase the size of the content, which impacts the app’s loading speed and creates a bad impression on the users.

With application redesigning, the size of the images and graphics can be reduced or unnecessary designs can be removed so that the content gets loaded, right away and there will be no lags or delay in the content display. With improved performance, the app can top the charts and score positive ratings.

The only way to hook up the existing users and allure the new ones is offering them something new. The mobile app redesign gives a complete makeover to the app with visually pleasing designs and enriched functionalities, which in turn intrigue the users and make them download the app.

For instance: YouTube gets a lot of people talking when the logo, theme, and the UI were redesigned with a few UX tweaks and the new feature of playback speed control was rolled out. The new UI update which was first considered as a shock was later subsidized with improvements in the rating by 0.3 and increased downloads.

The changes are worthwhile. The mobile apps which are built for users action, reaction, and interaction, needs to be modified over a period of time to offer the consistent user experience with evolving design trends.

It’s a great deal! Redesign the mobile app by making subtle changes in UI AND UX to outgrow, outperform, and out pass in a couple of days.

Cost to Develop an Employee Payroll Management App like PagarBook

Patenting mobile app idea- its importance and how it is done