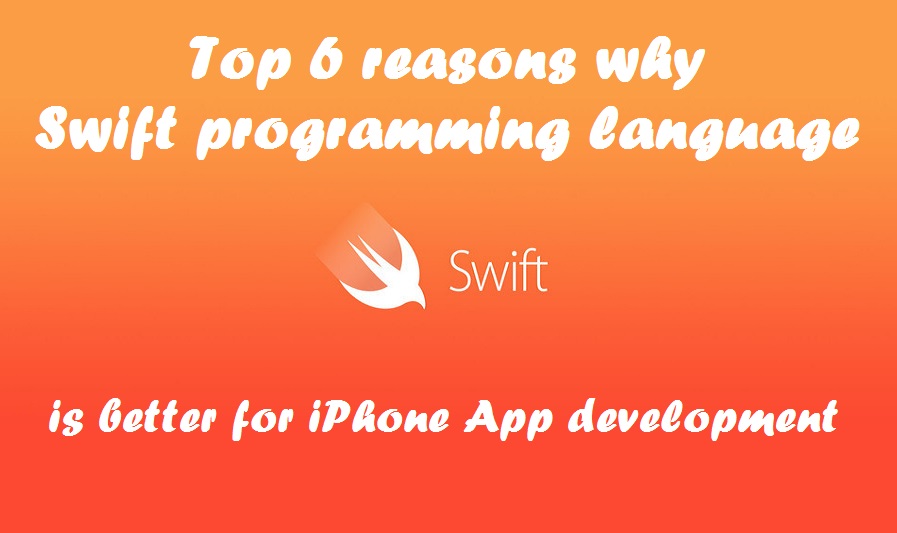 Considering this fast-rising popularity of Swift in the developers’ space, Apple rolled out Swift 2 at WWDC 2015 further simplifying the iOS application development process. The company aims to make Swift available for all other platforms to ensure that one code works flawlessly on all platforms. And soon, this will be a reality with the anticipated release of swift 3 in fall this year, 2016.

Quick Learning Curve
Swift’s design and syntax rules are largely influenced by modern programming languages Ruby and Python. In order to make Swift easier to learn for greenhorns, Apple has further simplified its syntax rules and increased its readability making it almost same as English. The company has considered some most common errors developers were making with Objective-C and has ensured that the design of Swift is found easier to understand even by the beginners.

Short Codes
An app called Lyft was rewritten using Swift. As a result, the development team could make same app work in 25000 lines of code which was75000 lines of code earlier. There is no compromise done on the functioning of the app during this migration. That’s what Apple’s most up-to-date programming language helps you do – make your code compact!

Improved speed
Being a statically-typed programming language, Swift is certainly faster than other dynamically-typed programming languages like Objective C.
Apple is keen on making Swift faster than C++, which is regarded as the fastest algorithm calculation arithmetics. Simply put, Swift lets you define things more clearly so while running the app the processor of the device won’t invest time in finding definition of something in the code.

Open-source language with a huge community support
Apple made Swift open-source in December-2015 to inspire developers use the language to build apps for other platforms like Android, Windows and Linux. There are several other initiatives taken by the company to open Swift for larger community.

The larger the community, the faster support you get to help yourself thorough any difficult phase of your iOS app development. Swift community has more than 40,000 members across the world and the numbers are increasing really fast!

Fewer errors
Unlike Objective-C, the syntax of Swift lets you check for errors before it develops the code for your app. As a statically typed language, it also helps you define things more precisely, which will ultimately reduce the chances of unusual and unexpected errors. There are fewer crashes and fewer errors, so you will find it easier to maintain long and complex codes.

There is a bright future ahead!
Apple have partnered with IBM to increase scope of Swift in the market and generate more opportunity for the Swift community. IBM cloud lets developers share Swift resources and allows them to use Swift sandbox for experimental purposes. Apple has made some changes in Objective-C only to make its code import in Swift easier. It’s not difficult to predict that Swift is a major programming language for the coming years.

Building a new iPhone app? Now you know why Swift makes a right choice as a programming language for your iPhone app development.