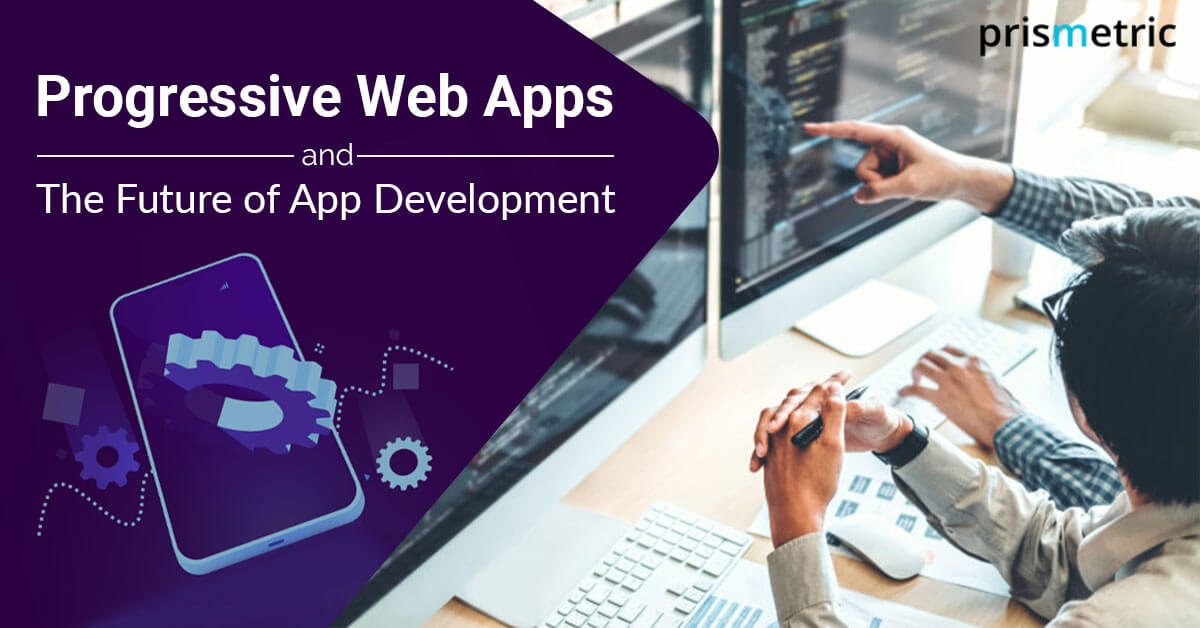 In 2007, the first generation of iPhone release was accompanied by the announcement of web apps that were developed using HTML5 with no SDK required and the apps can be fully installed on the device via Safari browser. Later, the concept of PWA switched to the app store, but the support for the web app was continued.

As the demand of dynamic web pages, responsive design, interactive application, and screen size flexibility picked up the pace, the enhancements to HTML, CSS, and JavaScript made the PWA development more accessible with a higher level of interactivity, responsiveness, and native-like experiences.

Also, when a study is conducted comparing mobile app and mobile web in terms of user reach and user engagement, it’s found that there is a great disparity in user engagement, browsing behavior, and user experience with mobile app leading the charts everywhere. It’s clear building a native app is a lucrative opportunity that brings a win-win situation for both businesses and users. But, it’s an incredibly costly gamble, if the app doesn’t stand up to the user’s expectations.

Here, progressive apps- the clone of the native app that gives a look and feel of the mobile app, but works like a website is a better choice. Intrigued to know more?

Let’s understand the progressive web app in a nutshell:

Using the modern web capabilities, the PWAs load like a normal website through any browser, but once installed on the mobile phone, they offer all the functionalities as mobile app offers such as send push notifications, work online and offline, appear on the homepage, display on the app drawer, and integrate into system settings.

The progressive web app development services offer fast (perform at speed to increase conversion and retention), reliable (load instantly regardless of network state), and engaging experience (no need to download the app from the app store and appear live on the home screen alongside offer full-screen mobile app experience) to let the app never lose its space from the user’s phone.

Amidst mobile device fragmentation issues, multiple OSs, app store flooded with the sea of apps, and increasing churning rate, the wind of PWA change is gaining traction and expected to lead the way as a future of the web. The technology is in the nascent stage, but it’s maturing with new additions and improvements. The recent PWA builder 2.0 is a great instance of it with new design, refashioned interface, and pretty more functionalities.

Take a quick glance at the features of PWA:

Essentially, the PWAs are websites that are easily indexed by the search engines due to W3C manifests and service worker registration scope. As the PWA can be redistributed through the web, the hustles of app marketplace can be avoided.

With service worker update process, the users are not required to manually update the app to download the upgrades. Instead, as soon as the web app is launched by the user, the new content and updates get installed automatically.

As the PWA hosted over HTTPS and every network request is processed by service workers and served through TLS, then putting a dent in the web app security is impossible.

The service workers are the main workhorse that power PWA and make it function even in the low or absence of internet connection. Once, the app is installed on the user’s phone, they are cached and then always load from the local storage.

Breaking the monopoly of mobile apps of sending notifications, the PWA can also send the push notifications to the users even when the app is closed or offline.

As a core tenet, the PWAs are built to work for every user, no matter what browser users are using to visit the app.

Although PWA offers all the functionalities that the website offers and performs like a mobile app, the size of the PWA is quite less as compared to mobile app counterparts. This is why leading apps such as Pinterest, Alibaba, Flipkart, and others have built respective PWAs.

The set of features certainly don’t give enough reasons to the businesses to build PWA considering it as the next big thing.

Let’s take a sneak peek inside at the reasons that draw the conclusion PWAs are the game-changing solution for the future of the web.

The users prefer digital interaction through the app interface

According to a report, the user consumes the digital content through mobile and the apps account for 80% of the mobile time. It indicates the users give more credence to the mobile interface as opposed to the mobile web browser interface. This is where taking PWA route is a great choice which brings everything in a package that native app offers such as app shell, mobile interface, navigation bar, telephony feature, and offline access.

Many leading retailers have decided to go PWA way instead of a native way that allow the users to browse the store without leaving the browser. The frequent visitors can add PWA to the home screen to have the app on their phone that are beating even mobile experiences.

The app store has become an overly-crowded place

Launching an app on the app store means trying to make space in the congested space and the efforts involved with gaining a unique edge is not less than developing an app. In the event, everything not goes as expected and the app fails, then it proves to be an expensive gamble.

On the other hand, PWA is an economical move where the progressive web app development is not a costly venture and making the user get mobile-like experiences without giving away the limited real estate of the phone to the web app is a handsome deal.

The added benefit of a good ranking in search engines

The PWAs eliminate the worry of getting the app lost among loads of apps due to lack of reviews and ratings, and a little bit of SEO optimization work can put the website at the top. Besides, to get the app spread like wildfire, businesses just require users to share the links and the PWA stay alive in the user’s browser forever.

The single button on the home screen to download the app reduces the friction associated with the mobile apps (find the app on the app store- install it- accept permissions- download it- wait for a couple of seconds to use it). The excellent user experience counts and the app definitely rank high.

The millions of downloads don’t guarantee that the users will return, engage, and ready to make subscriptions, upgrades, purchase, or click on ads. It’s upsetting, but most of the native apps are suffering from the same issue.

On the flip side, PWAs don’t require users to download the app, even saving the PWA to the home screen is not essential. It’s actually the functionality that urges the users to download the app instead of visiting the app again and again from the browser. It’s a clear sign the users want to engage with the web app and visit repetitively. Consider Forbes magazine PWA that offers the lightweight experience to the users, in addition to offline access and home screen presence.

Apple and Google take a sizeable cut (up to 30% of the sale) from the native apps whenever any sale in the form of the paid app, in-app purchase, or subscription fee occurs.

PWA save the owner from such deductions as all the revenue generated directly comes to businesses with no middlemen involvement. Besides, incorporating money-making initiatives doesn’t necessitate owners to wait for app store approval. They can be rolled out immediately.

Progressive web apps- the most warmly-cuddled concept of the web development landscape has really stood to the par to its name (progress = evolve). The immense potential and enormous benefits seem PWA will soon replace the mobile-first approach in maximum cases. Twitter Lite, Pinterest, Bookmyshow, Olx, Forbes, and Alibaba are the popular examples of PWA adoption that have witnessed measurable changes in the user interaction, retention, conversion, engagement, and average user session, and enjoyed a great feat with the increased bottom line.

As the users becoming more accustomed to PWA due to easy search right through the mobile browser, the businesses are gravitating towards PWA trend, which is expected to continue in the years to come. This way the PWA approach has blurred the line between the way the users experience the web app and native app with comparatively less time, dollars, and efforts investment. It’s a good deal.