Most app developers prefer a platform or framework that streamlines development to build a customized app solution with no compromise on app security. Comprehensive mobile app security during mobile app development and after deployment have been the major concern of enterprises these days. It is prevalent from any Flutter app development guide that out of many technologies available for web and mobile application, there are cogent reasons why is Flutter the ideal framework for optimum app security.

According to Flutter security experts and developers, the technology is far more useful and robust in terms of safety of data as compared to other cross-platform mobile frameworks. From user-authentication to code injection and data loss prevention, Flutter marks its superiority on all accounts. Most businesses, especially enterprises dealing with confidential data, prefer Flutter technology to assure proper risk management in their sensitive information.

Here are a few concerns that Flutter helps handling with ease –

The biggest challenge app developers face today is keeping accounts and data secure on systems and devices. Cybercriminals have been quite innovative in invading accounts to snip sensitive data. Since simply passwords and PIN aren’t sufficient these days, user authentication has been added with multifactor and multitier approach. Additional layers through Flutter have been in practice for quite some time. Flutter’s recommended plugins are trusted and tested as they help developers authenticate users through the best-in-class protocols. 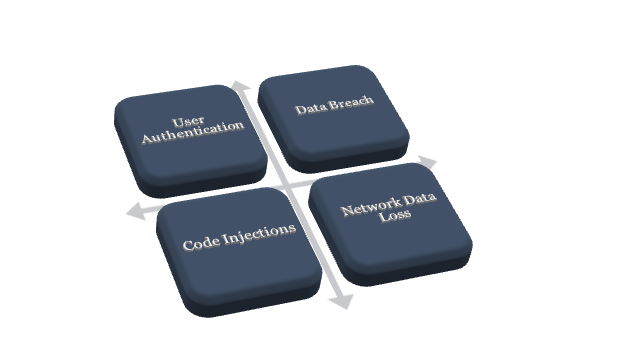 Leaks and theft of data has been steadily increasing over the past few years. It is because there are several devices working on different operating systems and hundreds of thousands of people perform multiple transactions and navigate through millions of applications every second. Today, it is a data-driven market because data is a new fuel. And, companies try to capture every possible data from every possible corner of the server. Cybercriminals find this golden opportunity and use the most modern ways to data theft and breaches. Here are a few impeccable characters that Flutter possesses to curb this deadly problem –

Most applications developed on cross-platform mobile app frameworks are susceptible to malicious code injections especially through the plugins that are likely to be less reliable. Such injections can destroy data, temper data, or steal crucial information in minutes. In addition, some unauthorized access can even alter the app’s performance and make it nonfunctional. These injections are powerful and general safety measures or precautions aren’t capable to stop it. Third party plugins are main culprit but then with the help from the expert flutter developers necessary precautions can be taken to avoid this mishap.

As the latest precautionary measures, HTTPS aims to have TLS (Transport Layer Security) to assure developers the best encryption and authentication techniques; nevertheless, improper configuration of the TLS security (such as loose cipher suites) may facilitate security breaches in the network connection. Flutter, on the other hand, with Dart:io library makes sure that HTTPS connection is secured through TLS certificate pinning and HttpClient class, known for their high-end security. If you, as a buyer, are confused with this procedure, you can hire developers who are expert at Flutter and ask them to make you understand in laymen’s language!

Indeed, Flutter is the ideal framework for optimum app security, but the framework, according to mobile app development community experts, also pose some inherent security risks. Nevertheless, with a bright future for Flutter integration of more intrinsic security features in Flutter can be achieved by technology’s own comprehensive fastening and anti-malpractice abilities.

Since Flutter apps are integrated directly with native code, many programmers for Flutter app development oversee mobile app security measures. While this is a big misunderstanding because cyberbullies can use the age-old trick to attack Flutter apps and steal the confidential data. The Dart code, for example, in Flutter produces enormous amount of data and hence it exposes confidential information about app’s internal operations. Reverse engineering can use this crucial data to plan further breaching of the mobile app. Now, using code obfuscation, mobile app developers can conceal this metadata and therefore save Flutter apps from being vulnerable.

Apart from that, Runtime Application Self Protection (RASP) checks and assuring implementing extra security measures can make Flutter apps robust and a tough nut to crack for even professional hackers.

All the above mentioned aspects just adds more value and makes you believe that Flutter is the best choice for your project. Our Flutter app developers recognize every facet of Flutter technology and provide you with impeccable and flawless functioning Flutter app that is customized to your business goals.