It’s not a “David Vs Goliath” thing to decide between whether to use Objective-C or Swift. As both stand firmly on their own merits, it is not always easy to choose between them. In deciding whether to choose Objective-C or Swift at the start of any new project number of things are taken into account. Selecting between both of them depends on the project at hand, team and most importantly allegiance to a particular programming language. 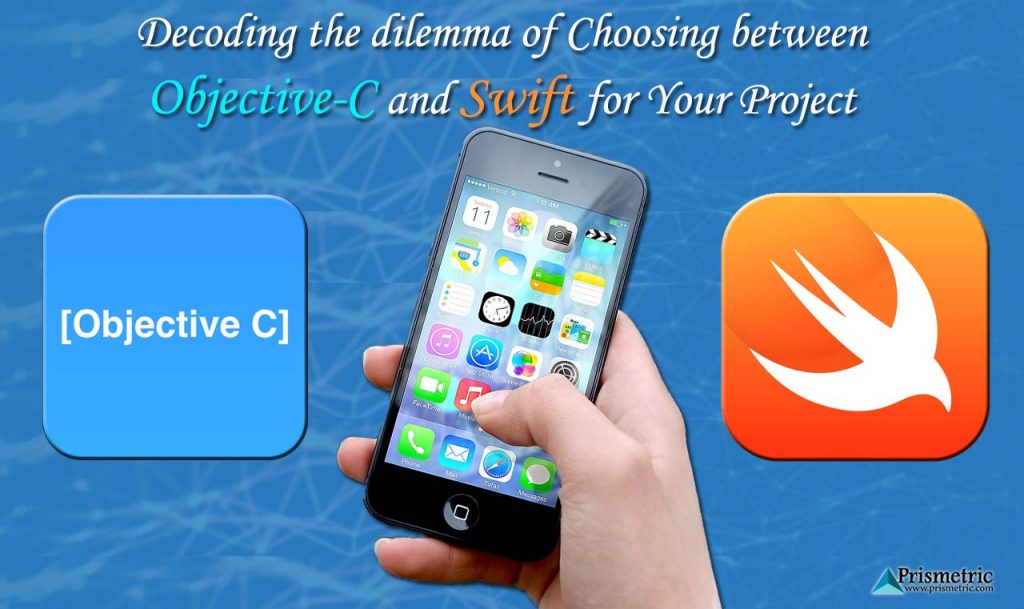 Therefore, instead of becoming “Language Loyalists”, you should consider your team composition and the technical requirements before choosing between Objective-C & Swift. So, take your decision only after looking at all the factors that we are going to discuss below. Moreover, remember that, your decision should not be based on a particular factor.

Take a look at the following points that will help you to take an effective decision on choosing between Objective C and Swift and get out of the dilemma.

The foremost thing to look forward is your recent or current experience with Objective-C and Swift. If your user experience is equal in both, base your choice on things like API support, third party compatibility, etc. Now if you have used one language and not the other, try to choose the previously used language unless the project requirement does not allow them. Because, if you are using the language that you are least aware of in creating the app, it can cause delay in progress and cause you significant amount of technical debt and that will leave no choice but to rewrite the codes of the app from scratch.

This is the most underrated term which is often overlooked technical concerns, but this should not be the case. Before making a decision of choosing your language you need to talk to your team even if you are working on your own area of codebase.

Team friction can have dire consequences on your app development process and can end up in a disastrous mode. For example, if your team is good at working with Swift, get them to write a code in Objective-C gradually and by the time it gets to the core, your developers would be up to the mark with the new language. Therefore, following a democratic approach will ease your decision making process and make it more transparent.

Altercations in project scope can play a vital role in choosing a suitable programming language as small projects have the privilege of choosing whatever language as small projects do have the leverage of choosing any programming language. Therefore, if you want to convert Objective-C into Swift for a small project, you can as the change versions will be minimal. But, in case of large projects should be cautious in adopting Swift as it is still in its infancy. Its minutest of versions can prolong the sessions of converting new syntaxes.

Therefore, while working on major projects you should go for Objective-C from the outset itself.

These were the general things to ponder on while choosing the optimum and specific programming language. Now, let us get to the technical specifications and get a broader idea about how we can end the technical dilemma of iPhone app Developers in choosing Objective-C and Swift for exclusive iPhone app development.

Both the programming languages have different set of technical specifications and advantages. Therefore, you should look at the following factors after examining the project scope and team composition.

After looking at some of the technical specification of both the programming languages for iOS app development, let us look at the exciting advantages of both the languages.

Conclusion:
Remember that the most important things before deciding the programming language is examining the project context and interacting the decision with your team members. In addition to that, being open in discussing the merits and demerits with the developers about the programming language will help you choose the right one and make the correct call when it matters.