Let’s take a reverse gear and look back when Apple update the guideline in the attempt of cleaning up the app store from low-quality apps, clone apps, and spam apps by putting a ban over the commercialized template apps and the app generation services. Many of the businesses and the iOS developers was left unaffected by the policy revision as company penalized the businesses that have built apps using templates and mistakenly regarded the legitimate developers as spammers. The great move has led Apple to face some unintended and poor consequences. 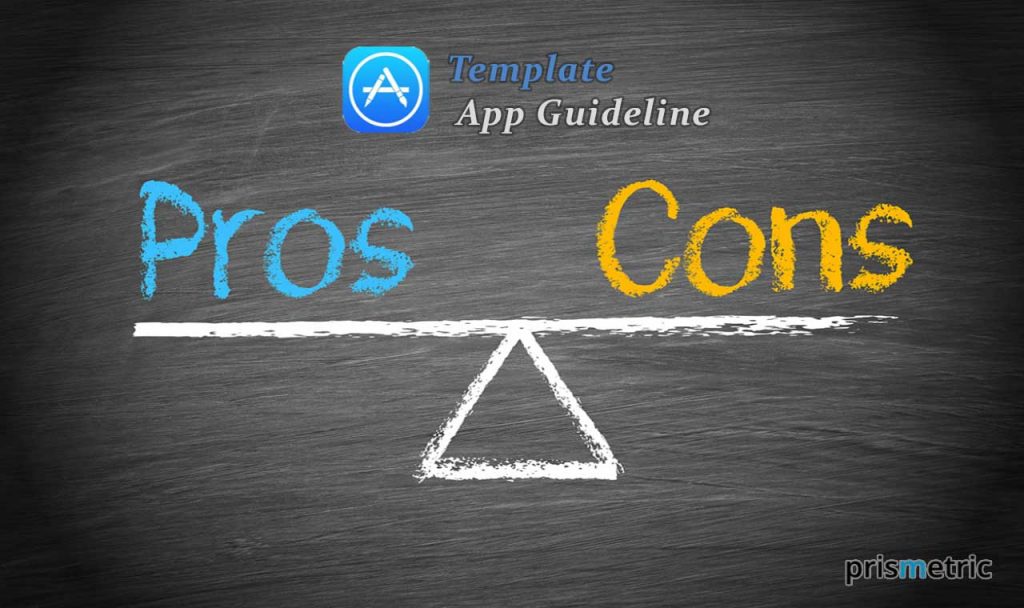 The blow was really upsetting!

To put things right, Apple amended its guideline to strike a fine balance for the app quality maintenance by removing the restriction rule on the template apps. In the guidelines, it’s vividly stated what type of apps will be accepted or rejected by the app store.

“Apps created from a commercialized template or apps generation service will be rejected unless they are submitted directly by the provider of the app’s content. These services should not submit apps on behalf of their clients and should offer tools that let their clients create customized, innovative apps that provide unique customer experiences. Another acceptable option for template providers is to create a single binary to host all client content in an aggregated or “picker” model, for example as a restaurant finder app with separate customized entries or pages for each client restaurant, or as an event app with separate entries for each client event.”

Let’s elaborate more what’s the core idea and what are the advantages and the downsides of the update rolled out.

In the guidelines tweaking, the businesses are now allowed to build the app using template building services. However, Apple has specified that the template-based apps should not appear as the clone of another or look like a wrapper and must yield high-quality experience to the users because Apple cares about the user experience irrespective of how the apps are built.

The uniformity in the apps makes the apps look like business Facebook pages. So, build the apps leveraging templates, but introduce the customization that reflects the business vision and makes the app one-of-a-kind.

App submission is no longer just a developers’ affair

In order to avoid the Apple app store getting crashed when thousands of the template apps uploaded from a single developer’s account, it has made mandatory for the developers to create a new account to submit the app for the business whose app is built.

On the flip side, this initiative cultivates the relationship between the app users and the businesses as the developers from a single account can not take care of the multiple apps. Also, the individual account creation fosters the businesses to take active participation in the app publishing.

The result: In the guise relationship strengthening, it again worked like a pro for the businesses.

The amendment definitely gives a push to the top iPhone app Developers. The middlemen can still exist and enable smaller businesses get the app built from the ground up when they are short on the budget or don’t have the resources to build the app. Also, the high-level of customization and various interface options help the businesses to get a custom app which offers app-like experience to the users.

Unfortunately, in the effort to clean up the app store, Apple’s rejection notice to the thousands of the apps, which are submitted after 1st January 2018, is creating the problem for small businesses. Some of the app builders for small businesses are quoted saying that the way Apple has rolled out the update could have been done in another way.

Furthermore, the DIY tools, drag-and-drop system and wizard will no longer be a part of the iOS app development, which appears more the way Apple wants to wipe out the small business apps from the app store.

The result: Without any doubt, it’s disadvantageous to the small business.

The diligent work of Apple in cracking down on the applications that will be legitimately built in the future using the app templates and template app building services with the issuance of a note that the new template apps submitted after 1st January 2018, will be rejected by the review team.

The small businesses are mainly impacted by this decision as they prefer building the template app to avoid the spending thousands of dollars on building the app from the scratch or to escape from the fees charged by the third-party services as a commission.

For instance: The small hoteliers want to build the template app to get the direct booking from the customers as opposed to getting registered on a hotel app and then paying commission for every booking.

The result: With some positive and some negative aspects, this one’s a draw.

Going forward, another transition in the form of the compulsion to the businesses to publish the app under their account and liable to handle it, Apple has waived the $99 developer fee for every account created for the government and non-profit applications.

The individual account creation for every app is an add-on to the cost that clients have to pay each year or as long as their app is listed in the app store.

The result: It’s a con for the businesses.

Every time, Apple update its app development guidelines, it become the talk of the show, but drawing a conclusion out of it is implausible, as it’s impossible to tell what the next decision Apple will take in near future.

Similar is the event with the changes made in the template app guideline with the intention of weeding out the clone-makers and spammers from the market, but unpurposely, it’s worsening the situation for the small businesses. Well, the update is packed with its own pros and cons, and certainly, the developers and businesses will find out a way that is a win-win for both of them.

Nothing can be stipulated ahead of time. Apple has always believed in providing better services to its customers and so when it comes to apps, the tech-giant ensures that the quality of the app is maintained for the users. Only the apps that are built by keeping necessary aspects will find it going in the long run.

If you are looking for an expert iOS app developer to hire, share your app development requirements and get started today!