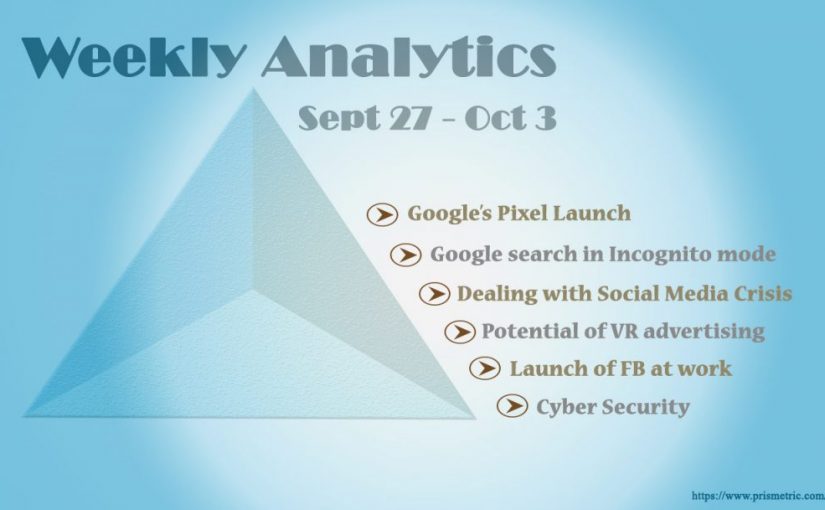 With the end of September and the October commencing, we have stepped into the last quarter of year 2016. The mobile world too has seen many changes and innovative initiatives ranging from corporate socializing, cyber security, social media, virtual reality, search app and Google’s hardware. In addition to this, Facebook has also launched its Snapchat kind of stories to add the tinge of versatility to its messenger app.

Along with the Incognito mode, Google has also combined all its cloud services into one and thus have given birth to its cloud brand. 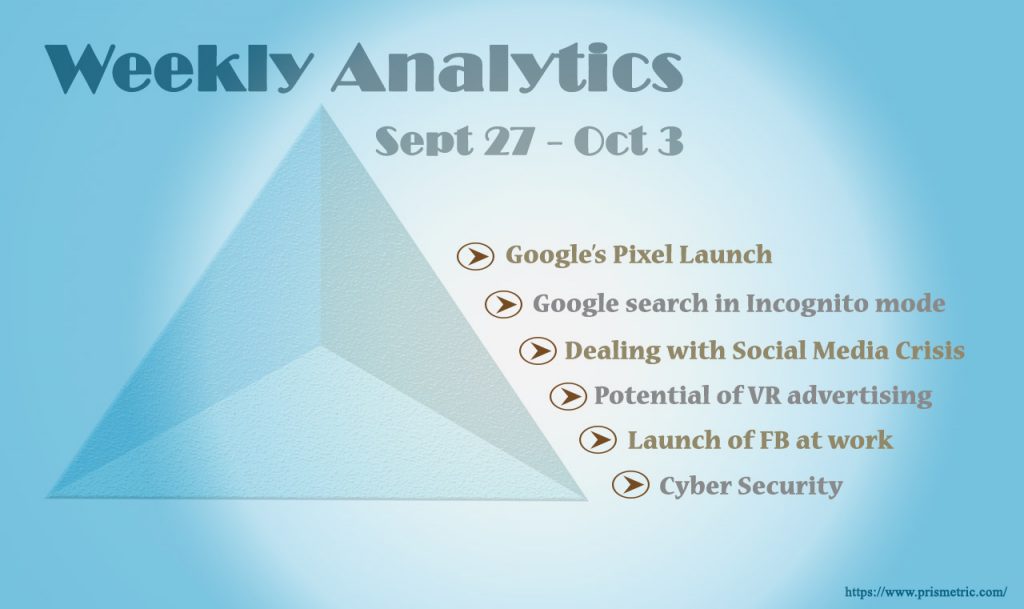 With such exciting activities prevailing the past week, it was difficult to find out the gems or I should say the top stories. Even then, we have tried our best and here are some of the picks that stole the limelight the past week.

Google’s Event: The Launch of Google’s Pixel and Hardware

Yesterday, i.e. 4th October was a big day for Google as it unveiled its new hardware including the Pixel smartphones that will run on the Android stock. The event also concentrated on Google’s IoT devices and how they can give Amazon’s Echo a tough fight. Google’s Pixel smartphones are replacing the Nexus devices as they include all the key features and some of the latest and best specifications.

For all the users who want to surf the web privately over iOS platform, Google has introduced the incognito mode that can protect the touch ID along with all the other changes. Private browser was the one feature that was not addressed by Google until introducing the Incognito mode. For the initial period, this feature has been only provided in iOS.

After making its mark in the social networking, Facebook is now looking to make work as addictive as socializing. Thus it is planning to launch its much desired enterprise collaboration Facebook at Work in the coming weeks with a per seat pricing model. The companies believes to keep the individual employee engaged with the product and thus putting its money on the per seat pricing plan. Moreover, it is also learned that FB is going to announce launch integrations with SaaS tools.

With the increase in popularity of social media as a business platform, the danger of getting misquoted or involved in an argument can immeasurably bring down your organization’s brand favor. Social media is fairly important to businesses nowadays as they provide the widest possible reach to the companies whether small or big due to its ad campaigns, interactive graphics and communication techniques.

Virtual Reality has proved to be the most interactive form attracting the customers through advertising. Therefore, Brands nowadays are seeing it as a big potential as the technology is well versed in offering niche as well as generalized marketing. Virtual Reality backed by traditional brands can prove to be a lethal combination as it will provide opportunities beyond conventional advertising to the marketers. Also, VR and augmented reality will give the users a real life experience and help them to understand the product in a much better manner.

India is actively working in the direction of online data security and more than half of the startups believe to include cyber security as a shield for their data. The country has an immense level of negligence towards this department; the startups need to be careful as a data breach at any stage can prove fatal for the businesses involved. Therefore, let us have a quick look of the strategies that would help the startups to overcome this problem.