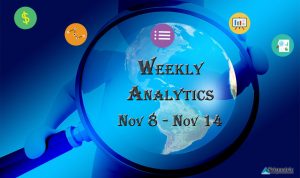 Amidst the hustle and bustle of demonetization, we at Prismetric with our 18th edition of weekly analytics bring the most buzzing and trendy news from the world of mobile technology. As the largest democracy in the world scraped two of its largest currency notes, fields like Augmented Reality, Mobile Gaming, Social Media Marketing, Android Mobile technology, Artificial Intelligence and Virtual reality were at the fore of their prowess.

In addition to this, some studies revealed the predictions related to IoT that devices like voice assistants and smart phone cameras are the ones on the verge of rise in the next year. 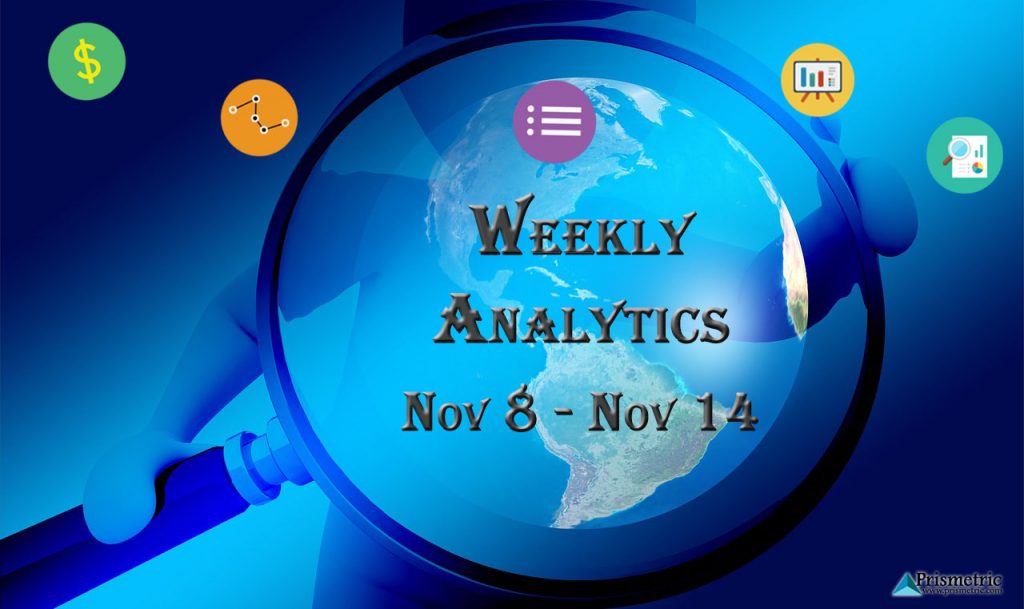 So, let us peddle straight and get a deeper look at the news that made the heads turn around the past week.

The “Announcement Tuesday” was back to the fore with Apple, as it granted a patent related to AR mapping system for iPhone. The system will harness visual enhancements on live video and make the tapping sensor suite of the iPhone more comprehensive. The mapping system will give the real time augmented view of the surrounding environment and many other endearing facilities.

Social Media Marketing : The Trends that will dominate the coming year

As we head towards the end of 2016, with less than two months remaining, its time to get a flashback on the past year and also look forward into the future. Social media marketing has been the centre stone of success for many companies either online or offline and it looks like that it will hold the fort for the coming year as well. Therefore, here are some trends that will rule the field of social media marketing for the year 2017.

This year has certainly been VR’s year along with Augmented Reality. Virtual Reality is dominating with gaming and entertainment apps this year and is demonstrating how transforming the apps with VR can be. It has the ability to trick the human senses into manmade reality so that the apps could have better user retention and engagement.

The year 2016 has shown that mobile games are not just a mere mode of entertainment. Instead, mobile gaming has become the most prolific source of brand-building and customer engagement to the users. The significant popularity of PokemonGo this year is the prime example of it. Thus, for mobile game developers it has become all but necessary to design games that are intuitive, so that it can enhance their brand value and popularity amongst the users.

Artificial Intelligence : The future of AI and Cybernetics

The sci-fi books and movies are the prime examples of artificial intelligence and cyborgs at the same place. Cybernetics is a way of linking biology with technology that combines humans and machines in a comprehensive merger. The last decade had been a landmark time in this process and looking at the present terms, the future looks really promising and determinative.

The search engine giant has made it clear to the countries falling in European Union that Android is going to be the key in the mobile competition for the coming time. By far, Android is the most flexible mobile OS platform that balances the need of thousands of app developers and has a horizon that has billions of customers. The profound innovative technology used in Android can take mobile technology to another level and price rise could prove to be a major hindrance to it.