As we step into the second month of the Year 2017, the world is brimming up with new technologies. In the past week too, technologies such as Artificial Intelligence, Virtual Reality, mobile technology, mobile gaming, UX development, app development and IoT were the talk of the town, all thanks to their rapid evolvement lets take a look at our Weekly Analytics number 31. 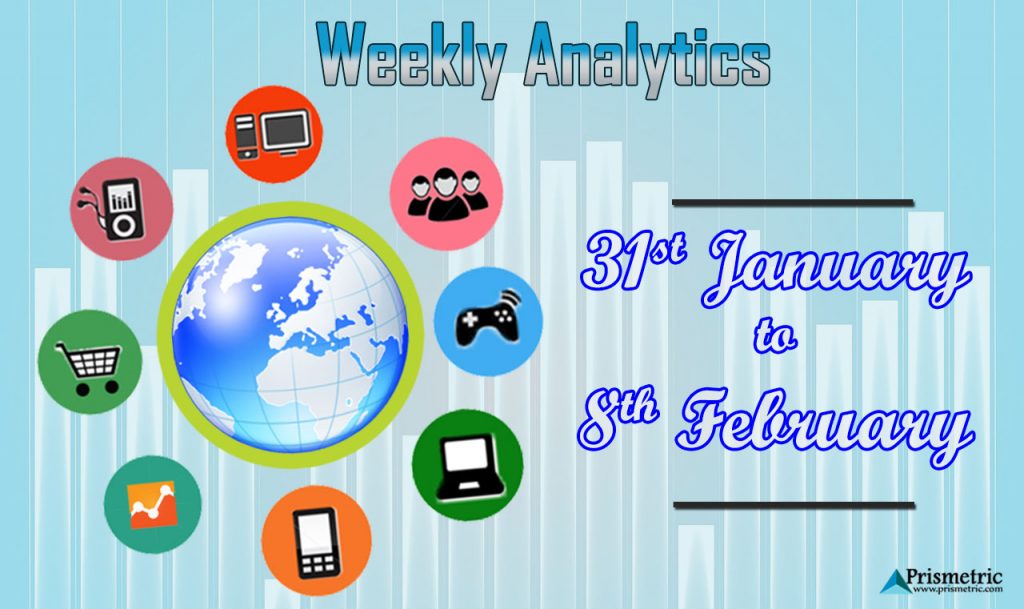 In addition to this, with the advent of New Year, businesses are beginning to realize the potential of augmented reality to a greater extent in order to reap high benefits. The success of PokemonGo last year has opened the floodgates for new technology evolutions for AR and its results are beginning to show rather gradually now.

Coming back to our news of the week, let us dive deep and understand their essence and impact on the mobile world in the past week.

Technological giants such as AT&T, IBM and Nokia are set to join hands in order to make IoT safer by studying its vulnerabilities. In addition to this, it will also educate the consumers and the businesses on how to defend themselves. Also, the IoT cyber security alliance will include Symantec, Palo Alto Networks and Trustonic. As the IoT technology is taking its shape, it is necessary to sort out the problems in the beginning itself.

The breath-taking evolution in the technology and the surge in the usage of the smartphones have encouraged the entrepreneurs to shift in from desktops to mobile apps. Enterprise mobile app development has certainly revolutionized the way tasks are being done in the new age businesses. Also, since its inception, Swift has been a hot topic and is considered to be the programming language for the future.

We know that change is not going to appeal to everyone around, but it is the inevitable thing that is bound to happen. User experience being the most vital fact in mobile app development is going to see some new trends in the New Year. These would redefine the way the companies are providing UX to the users and help them with its improved implementation.

Less than half a decade from now most of us will have a physical reality and a virtual one. This is because Virtual reality will play a huge role in defining lives in the coming years. It is going to be a prominent platform for businesses, commerce, entertainment and social interactions. The virtual world will be more significant as it will allow the people to see and feel the things.

If stats are to be believed, India’s mobile gaming market is all set to cross the mark of 400 million dollars by the year 2022. This epic surge is driven by the adoption of Freemium and VR-based games in the recent years. Also the number of mobile gamers in the country is expected to grow to 628 million by the year 2020 and further to 1.6 billion by 2030. The rising number of users has fueled the growth of the gaming industry.

Mobile Technology: Changes brought in by Mobile tech in Automobiles

We all know that mobile technology has breached in to every nook and corner of the business world and is bringing in amazing changes and results. The automobile industry is no different as the mobile apps have given them thorough methods to expand their business horizons. All the newly designed cars in the near future will be enabled with mobile technology and would have enhanced functionalities.

With the initiative from its CEO, Facebook has been working on Artificial Intelligence that will feature in new tools to make it user-friendly for the users. Facebook is going to demonstrate a research engine that will enable the users to find in pictures by simply describing what appears to them. They don’t have to rely on the sequences of descriptions.