With the 47th edition of Prismetric’s Weekly Analytics we come to the end of the 5th month of the year 2017 which has been nothing short of amazing innovative technologies. The past week saw some prolific technology changes in IoT, Artificial Intelligence, Augmented Reality, iOS, App privacy and Amazon Alexa. 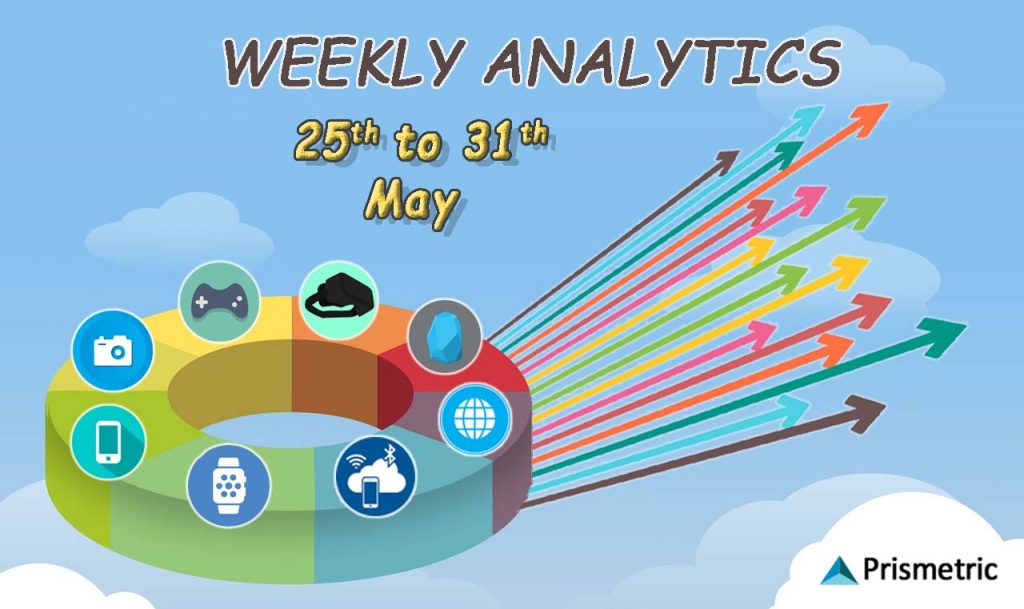 There was also a healthy buzz about the WWDC conference which is about two weeks away from now. As it is the global event of Apple, it is bound to draw attention from the tech personals around the world. The amount of technical advancement that Apple has provided to the mobile world in the past decade is unmatched and probably will remain like this for years to come.
Therefore, now let us head back to our core and see the in detail of what made these technologies the showstoppers of the past week.

IoT: How could Internet of Things save the planet?

Right from its inception, IoT was often termed as a gadget like the product, from which the customers could leverage facilities needed in their day to day activities. Internet of Things is generally the science behind relatively connecting similar technologies so that they can work in tandem under one roof. It would be easier for the users and beneficial to make this world a better place.

The evolution that the mobile technology has brought to the world is commendable, amazing and immensely effective. But with the advanced technology, there is also a concern about the privacy of the data of the customers so that they don’t feel any complications about it. The privacy matters are also essential as it plays a very important role in customer app retention.

Alexa: Amazon’s Alexa is coming up with new skills

Alexa is all set with some new skills and added specifications that would keep a track of all the responsibilities needed to be done for the day. It would now be able to recognize the commands that are set with times and name the timers. The AI technology will help the system to recognize the voice of the user in a better manner and thus performing the tasks in a more authentic manner.

The new beta version for iOS 10.3.3 has been released by Apple for iPhone, iPad and iPod touch. It would apparently have Apple Pay for peer-to-peer payments, new Siri enhancements, amazing changes to the music app and much more. The new advancements would work wonders for the app developers as they would have ample hands-on experience on the beta version.

Artificial Intelligence: iPhones could have AI thanks to the new chip

The mobile OS giant Apple is all set to include the new Neural Engine chips that would enable them to use Artificial Intelligence with more finesse. The chip will bring in the new type of capabilities to the mobile devices and reduce the unnecessary things that lag the whole process and require the internet connection every time.

Augmented Reality: Microsoft is working for an AR future

Since its boom last year, Augmented Reality has become a norm in the modern day business world and everyone is looking to integrate it with their system. Following the trend, Microsoft is working ever so closely on this technology in order to bring forward a new dawn in their business world. It is also referring it as mixed reality, the kind of phenomena that did wonders for PokemonGo last year.

How can entrepreneurs leverage machine learning in their business?