Time travels at the rate of knots, and so does technology evolution in the world of mobile technology. Every week with Prismetric’s Weekly Analytics, we come forward with amazing and newly developed fresh innovation in the mobile world. This week is no different as we saw some unforeseen changes in the fields like Google, iOS App development, Digitization, Wearable Tech, Google Assistant and Augmented Reality. 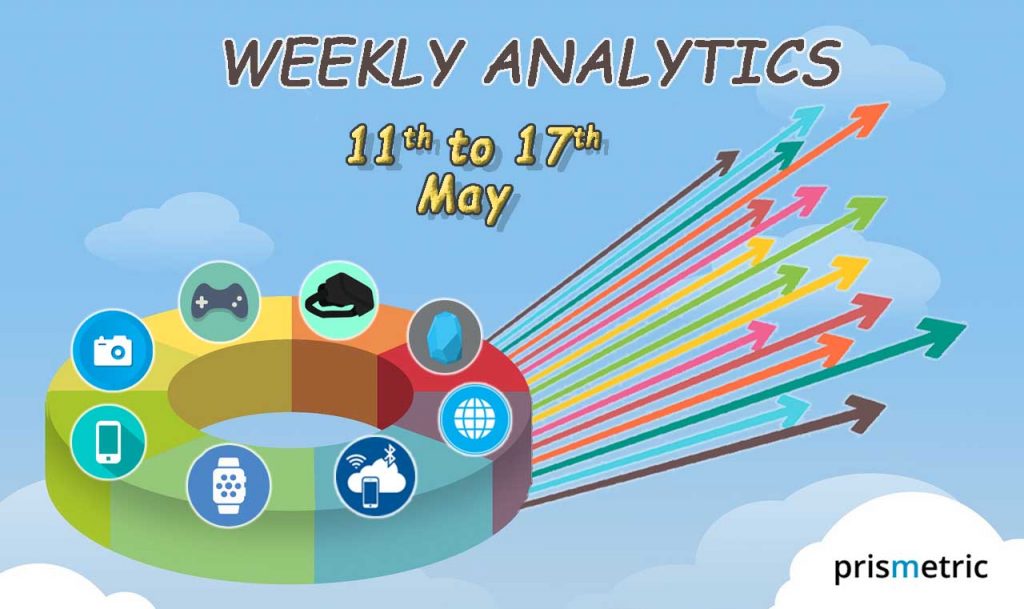 Looking at the ongoing mobile technology, AR and VR are making serious inroads in order to constantly improve and innovate future mobile app marketing.  These trends have by far become the necessity for the companies rather than a luxury because of the cut throat market competition. Just to update you, one of the most sorted events of the tech world widely known as the Google I/O 2017 is on-going as we speak with lots of talks of the latest trends, gadgets, technology and the list of new things to watch out for. We also have been eagerly following the event and will be providing a compiled list of some of the things you need to watch out for. Do visit our blog to know more about the latest technologies from Google.

Therefore without much ado, let us head straight to the core details of the news and see what impact they have made to the world of mobile apps.

Before I/O 2017, Google has launched its Daydream elements app as a method of helping the app developers and giving them the idea of what is coming next. Daydream has been developed with an aim of providing assistance to the developers so that they could learn the core of Virtual Reality with ease and make themselves contented with the VR stuff.

The evolution of Augmented Reality has brought in a huge revolution in the business world and is playing a pivotal role in changing it for the good comprehensively. Integrated with a smartphone, AR is going to be huge for the retail businesses and will provide a definitive edge to the companies over their competitors. AR technology can make the buyers journey of buying any product more fruitful and can also disrupt the retail sector altogether.

Microsoft’s Xamarin Live player will allow the developers form and test the codes related to iOS apps quickly without requiring debugging the application. The capability if the Live player will streamline the iOS app development to a great extent and will enable the organizations to build apps quicker with minimum issues to handle. The overall process can speed-up without compromising on the quality and the authenticity of the app.

The Digital world is the most dynamic environment at the present point of time and is pushing the limits to seek continual improvement. The entire industry is running high with the constant evolution and usage of the mobile apps so it is for the business professional to keep up with the latest trend or they will get behind.

A Foolproof Way to Business Automation