“Change is the only constant in this world”, and more often than not, the change that occurs are for the good and betterment of human society. The world of mobile technology is no different as the innovative transformation that occurs week after week takes the already brimming evolution to an even higher level. Last week, IoT Security, Social Media, App integration, Cross platform apps, Android O, Apple and Customer engagement were the fields that saw some major positive metamorphose and were the talk of the town. 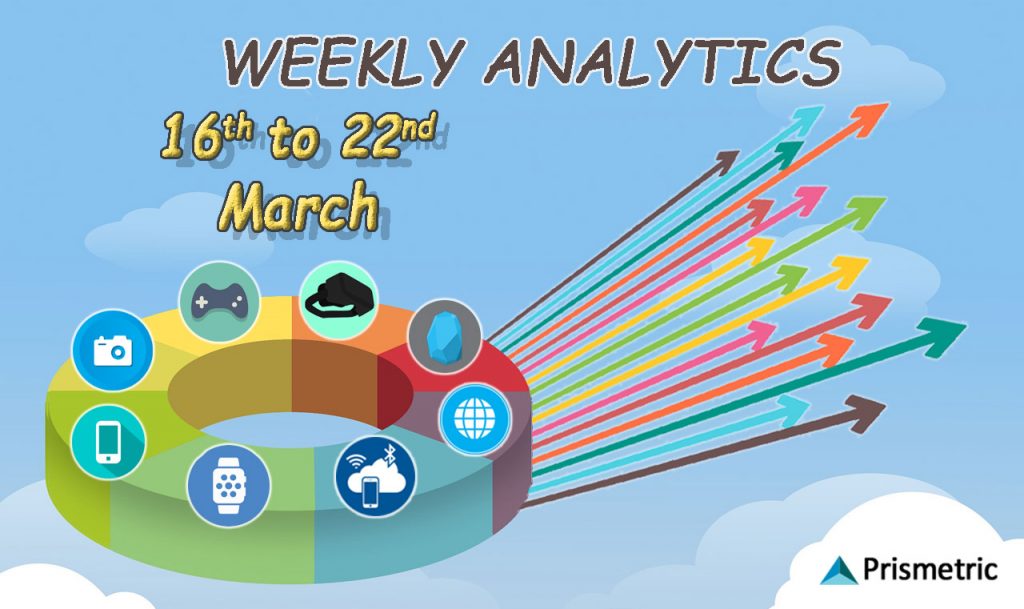 There was news about iOS 10.3 beta version containing codes for apps of a 10.5 inch iPad and enable them to work at a faster rate. The code will allow the apps to render a frame speed faster than 60 fps that will increase the responsive rates of apps and minimize the lag.

So without wasting much time, let us roll into the important news aspects related to the past week and find out the things that have changed.

It seems like Google is on a mission to outdo and outwit its contemporary companies with its latest services and offers for the customers. It’s just been a year when Google unexpectedly announced Android Nougat, the company is all set to launch the developer’s preview of its latest operating system, Android O. Google is not launching the over-the-air updates in Android O as it did for Android Nougat but the developers who own a high-end Google smartphone will be able to access it.

As far as the present business scenario is concerned, it is no less than a “Twin-Sided Sword” so the companies can’t afford to put a foot wrong. In this situation, the customer or the users become a major link and targeting them appropriately is a crucial ingredient for any successful business. Therefore, the organizations must look to include the customer friendly things in order to drive more traffic to their website or mobile app.

The much-admired voice assistant of Amazon, Alexa is all set to solve your shopping woes. Amazon has announced to integrate Alexa into the main E-commerce app, thus exposing the voice assistant to a much larger number of audiences. The Text-to-speech voice assistant will be instrumental in enhancing the overall shopping experience and take the level of online shopping to a whole new level.

The evolution of mobile technology has made IoT a prime thing and we have seen an increased number of companies interested to rope in IoT in their scheme of things. But the increased use has made it vulnerable against attacks and malware, thus adequate amount of security must be the topmost priority. Here we will look at the 6 hottest technologies that will be vital for IoT security.

Apple: The leading tech-innovator acquires Workflow for iPad and iPhone

Apple will work with Workflow, a tool that will help users to hook apps and functions within the strings of commands to automate the tasks without any problem. This integration will help the users to perform complicated tasks with just a single tap. Thus, it will help in increasing the app engagement experience of the user besides making the mobile app more accessible.

Cross Platform: The Dreams and Reality of Hybrid Apps

Cross Platform gaming apps will be exemplary when it comes to code a multiplayer online game without making the process complicated. Along with the completion in the mobile gaming market on the rise, it is necessary for the companies to incorporate innovative things in order to lure the customers and stay ahead of their rival companies.

To increase their business in the US, Instagram enables organic photos using a new in-app tool. This will make the marketers to set and shop on Instagram without making the cut on Facebook. This feature will enable the business from the US to augment their photos with the information about the product and set the links to buy the items from their sites.