With the start of March, we head towards the 3rd leg of the first quarter of the New Year. As 2017 has set in comfortably, the mobile world is also brimming with new technology advances. Last week also, fields such as 5G networks, Internet of Things, Android, and Mobile ROI were the things that stayed at the top of their game. In addition to this, the buzz around Mobile World Conference 2017 concentrating on customer engagement and technology empowering the new age women were the topics that rocked the mobile world. 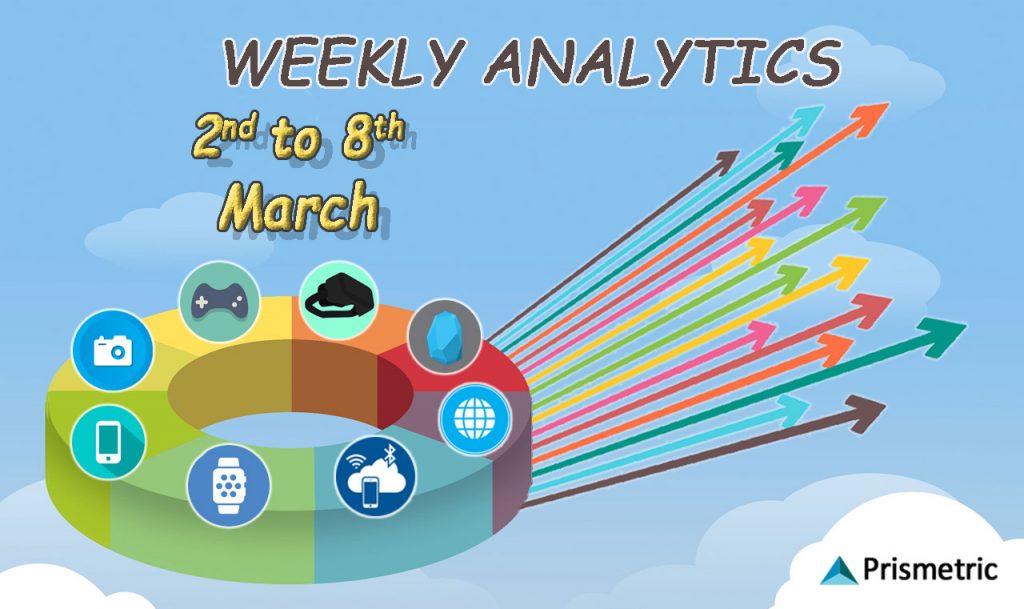 In the other news, mobile gaming further reaffirmed its prowess in the mobile world as it showed greater returns as compared to PC games. This shows how popular mobile games are among the users and the important role it has to play in developing and increasing the ROI.
Therefore, without much ado let’s roll in deep into our 35th edition of Weekly analytics and look the showstoppers of the past week in detail.

5G Networks: The impact of 5G on major events

The transition from 4G to 5G networks was the major topic in all the mobile events held recently around the world. The 5G network will be deployed in two kinds:1) that leverages successful network function virtualization and 2) The categories that cannot harness the virtualized networks. 5G is also going to be the next wave in the mobile infrastructure upgrades that could render a multitude of new services.

Mobile technology has been highly instrumental in helping the new age women capable of doing almost anything on their own. It has given them opportunities to learn new things and also be responsible in taking decisions and being independent in the process.. Mobile technology has given the women an equal opportunity to showcase their talent and worth on a bigger platform thus playing an important role in women empowerment.

The newest development in Google’s next Android version, Android O are reportedly underway and have come with exciting features such as smart auto complete and finger gestures. According to reports from top sources, the new version will be unveiled in May during I/O 2017. The new developments would be parallel to some of them which were made my Apple integrate artificial intelligence.

IoT: The increase in visibility of Internet of Things

With the evolution of technology, IoT is being used to for Smartwatches, Smart cars, Smart homes, etc. The technology has all the capabilities to connect the devices from isolated places and generate a network that can work simultaneously in great synchronization and generate valuable insights. The IoT revolution will be a key factor to many upcoming strategies in the future.

The rise of Virtual Reality is increasing the capacities of High-Performance Computing that is helping to make better machines for the future. With VR, the testing of the new age machines can be done on various parameters and the infinite number of times so as to gauge their capabilities and provide the best possible results.

When the mobile apps busted on the scene a decade ago, mobile app marketing was still taking initial steps and the marketers were measured by the scale of bringing in new users. But with time, the organizations have realized the importance of measuring mobile app ROIs as it plays an important role analyzing the revenue earned by the mobile app.