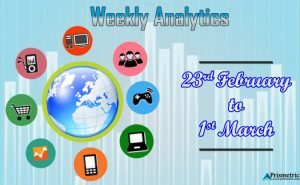 This week we bring forward to you the news from the last week of February which was no different for the mobile world, as it saw some of the most emphatic rises in different genres such as mobile app development, iBeacon technology, Augmented Reality, Virtual Reality, Artificial Intelligence and IoT. Moreover, the past week also saw Mobile World Congress 2017 where some of the major mobile companies took part and showcased their finest creations. 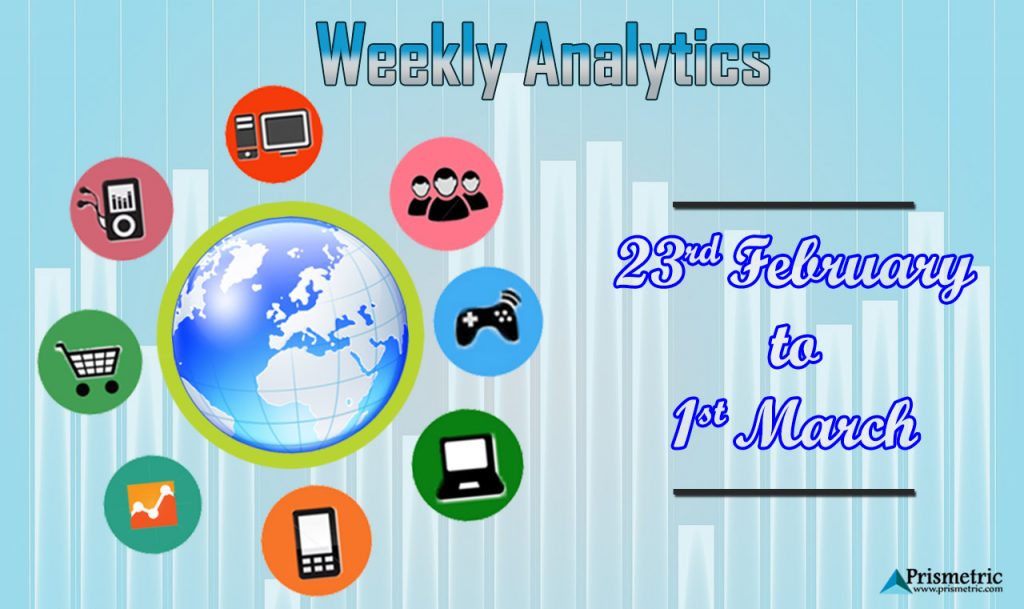 Other than this, there has been a lot of talk about the amalgamation of IoT and Big Data being the perfect match. Companies and organizations are banking on it to raise their bar of service thus increasing the level of customer engagement. Also, with Big Data and IoT working in tandem, it will create a win-win situation for both the companies and the customers.

Now, coming back to our discussion, we would have a detailed look on the showstoppers that ignited the mobile world with their presence.

Apart from allowing the users to connect, AR relishes them to experience the outside world confined into a computer or mobile screen. It has amazingly improved the technological tools and has taken forward their digital capabilities in the new era. We all are aware of the capability of Augmented Reality of plastering the digital world over the real world. It will make the internet experience more immersive and make it lively for the customers.

iBeacon: Prediction of iBeacon market for the next decade

Global industry analysis by the Future market about the decade of iBeacon has got some great news for the technology. As the world is going through a 3rd industrial revolution there has been some rapid technology advancements in global iBeacon and Bluetooth market. They have enabled smartphones, tablets and other devices to carry out activities, to send and distribute message to an approximate location.

Mobile App Development: Some of the Cutting-Edge Trends

We are well into the New Year and the world of mobile app development is all set to amaze us with the new trends. Although mobile apps have been on the up-rise in terms of the new developments, there is still an increasing demand for high end fine solutions. Therefore, to be on the right track let us have a look at some of the amazing trends that are going to rule 2017.

Virtual Reality: The partnership of IMAX and Google in VR

Google and IMAX are all set to partner each other and bring prolific changes in the movie viewing experience with Virtual Reality. Their collaboration will develop high resolution camera from the scratch with some unique qualities of VR and bring forward a 360 degree video into a panoramic view that will provide an enhanced and immersive experience. In addition to this, several notable Hollywood Giants like the Lions Gate Entertainment Corp. are already on board.

Internet of Things: Bond of IoT and Big Data for Businesses

With the massive technology evolution, the amount of data availability has also increased incredibly for majority of the business organizations. And thus, companies nowadays are more tend to use the amalgamation of IoT and Big Data to leverage all the benefits and help them edge ahead of their competitors. Moreover, optimum utilization of this technology will bring in more customers and retain the old ones successfully.

Artificial Intelligence: AI will save the Wearables

According to the analysis, integrating AI in wearables will bring in the wearables 2.0 era and thus help the developers to develop even competent Artificial Intelligence devices. Also, the market growth of Artificial Intelligence powered variables will grow at about 376% in the year 2017 to reach at 60 million units worldwide. Thus, even the tech biggies are banking on it in order to give more comprehensive devices to their customers.

MWC 2017: How 5G took the Mobile World Congress by storm

Not VR, AR but 5G remained the most sought after topic at the Mobile World conference that was held recently. As the mobile network reached new heights in the recent past, many major companies were eager to discuss how they are coming in terms of the cutting edge 5G revolution.