So it is the beginning of yet another new year and almost like every time, the spirits and exuberance are high among the people. The world of mobile technology is too gearing up for an exciting new year and has lots in store to offer to its users. The first week of the year 2017 has seen some unprecedented happenings that were the talking points like mobile tech development, Augmented Reality, Artificial Intelligence, Mobile Gaming, Social Media and OS development. 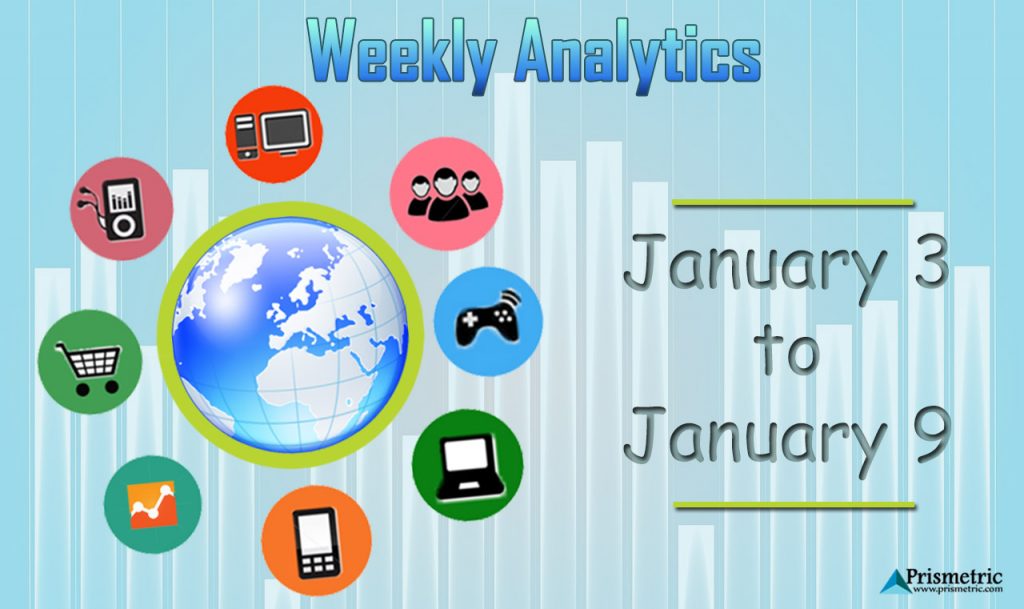 The past week also saw some of the emerging Digital Marketing trends that will be having a huge impact in transforming the way Digital Marketing is done in recent times. These trends will be influenced by all the emerging technologies such as AI and VR and will completely redefine the manner of marketing in is highly tech driven business world.

So let’s head straight to the detailed analysis of the above mentioned topics and take a look at how they have impacted the world of mobile technology in the past week.

iPhone turned 10 the past week and Apple was all excited to celebrate this occasion with pride. They celebrated the day by showcasing the full video of their pioneer, Steve Jobs explaining the nits and grits at the launch of the first iPhone way back in 2007. The phone had everything that people of the pre smartphone generation could dream off. A simple touch screen interface, mobile apps seamlessly designed for specific works and many more, iPhone 1 had everything in it to woo one and all and this is what it is doing for the past 10 years.

They say that showcasing the future is more art than science; therefore it becomes more interesting because of its unpredictable nature. So as per the predictions, new technologies such as Virtual and Augmented Reality will surpass the wearable technology as people will have more opportunity and softwares with AR and VR as compared to wearables.

Search engine giant Google is making serious inroads in the world of online shopping by enabling the users to see what they might buy in the future without leaving their home. The Alphabet unit has made amalgamations with BMW and Gap and use mobile sensors and camera to overlay digital images in the physical space. This will help the help the customers to walk around the super imposed vehicles and take a life size experience of them before buying it. Also they can choose from different color options, different trims and wheels that will appear in high definition.

We are all aware of the fact that PokemonGo has given a new lease of life to Augmented Reality and has made it popular once again among the masses. Thanks to the millions of downloads, PokemonGo has become the most downloaded game in the planet has opened new entropies to explore AR. But on the other side, there are few more games that are rocking the stage of mobile gaming other than PokemonGo. Take a look.

Leader in global technology, Google is banking on the concept of Artificial Intelligence and machine learning to drive and enhance its future growth. Integrating the above concepts, the complex algorithmic searches can be eased out and simple solutions can be implemented in daily life work like Google Maps.

Social Micro Blogging site twitter has come up with a new feature of providing 360 degree live video streaming via Periscope. It will be initially available to the limited number of partners only. But from this step it is clear that Twitter is taking live streaming seriously as it is becoming increasingly popular on the other social media platforms.