We are in to the happy time of the year as the holiday week starts and people round the world are gearing up to welcome the new year. But as far as the world of mobile technology is concerned, the innovations here are running like a free flowing river irrespective of the happenings in the outside world. This week also technologies such as analytics, wearables, Virtual Reality, Social Media, Artificial Intelligence and App security were at the pinnacle of prowess and were the top talking points. 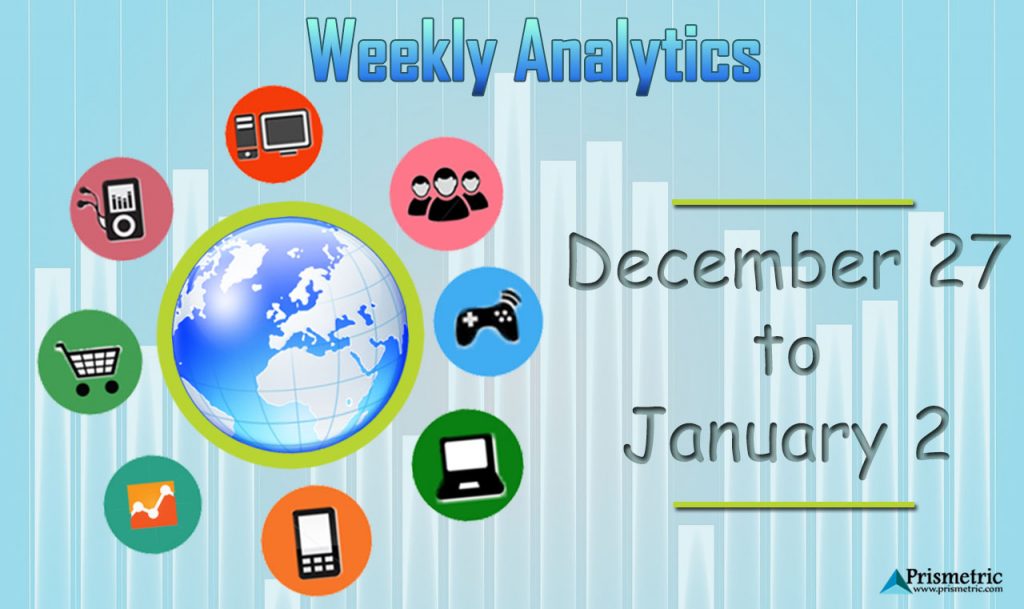 In addition to this, the largest democracy in the world came up with an app for UPI-based payments so as to make the country’s payment system largely digital. The app named BHIM is currently available for only Android users and will be available for the iOS and Windows users later on. The app will work on fingerprint recognition to carry out the process of transaction and will also be linked to the users mobile.

Let us see all the bright and amazing technologies in detail which ruled the mobile world in the past week.

We are in to 2017 and humans are still ruling, wow what a sigh of relief!! But hold on folks, the machines are slowly but steadily creeping into our lives and gaining momentum in it. One such technology is AI i.e. Artificial Intelligence that has a massive computing power which makes the machines smarter by the day. Advances in the field of AI has given the marketers, the tech people and everyone associated with it an opportunity with their customers technically and provide them the best of the services they could.

Security: Tech security to reach its prime in 2017

We have to admit the fact that security is the most primly targeted sector by the spammers and the cruel section of the tech society. But with the beginning of the year 2017, we could see in major changes as the market size of web and app security section is soaring high with an estimation of reaching $120bn by 2020. The new technologies such as spilinternet in which the companies will create a tight overlay over the networks are slowly gaining momentum to withstand any kind of malfunction.

As we look back to the year 2016, we find one thing in common that the term social media is a term that was on the lips of every one. It is the medium that now connects the people with the world and keeps them updated about the happenings going around. Thus analytics and data will play a major role in the making of the social media as they are important for facts and social media marketing as well. In addition to this, as social media has now become a major platform in nurturing business platforms, data will be the major ingredient in making the nurturing upto the mark and ambient.

Virtual Reality: Guidelines to VR started in the New Year

VR arrived in the year 2016 after being under the cushion for so many years and took the tech world by storm. With its ever increasing potential, its important for the techies and the normal users to understand the things behind the usage of Virtual Reality so that they can reap the optimum benefits. The different equipments such as the rig, headset, accessories, and the software part have different methods and guidelines that mention how they can be operated. Take a look.

Groovy story of the Week

Wearable technology: The evolution of the wearables from wrists to minds

Wearables are often tipped as the technology of the future and there are some valid reasons for it. The fact that it has been on a radical evolution since its inception and has reached the hearts and minds of the users is a major thing. It is the best possible option for the users who are looking for technology on the go and can’t carry their cell phones or tablets everywhere. From the marketing perspective too they are increasing by leaps and bounces and are expected to reach $13 billion by 2021.

Mobile Analytics: Global analytics market on the up rise

The evolution of mobile technology has lead to a exponential up rise of the Global mobile analytics market such that they are expected to reach $6 billion by the year 2024. Rapidly mushrooming global population that are inclined towards the usage of smartphones are also piped as one of the major reason of this uplift.