With every passing week, the world of mobile technology is expanding at the rate of knots as it is brimmed with new technology innovation. The story about the mid week of December is no different as fields such as Artificial Intelligence, Wearable technology, game monetization, Augmented Reality, Social Media and Virtual Reality. For giving our readers the best possible doze of mobile technology, we at Prismetric grind ourselves to the core in order to provide the perks and the gems from the mobile tech world week after week. 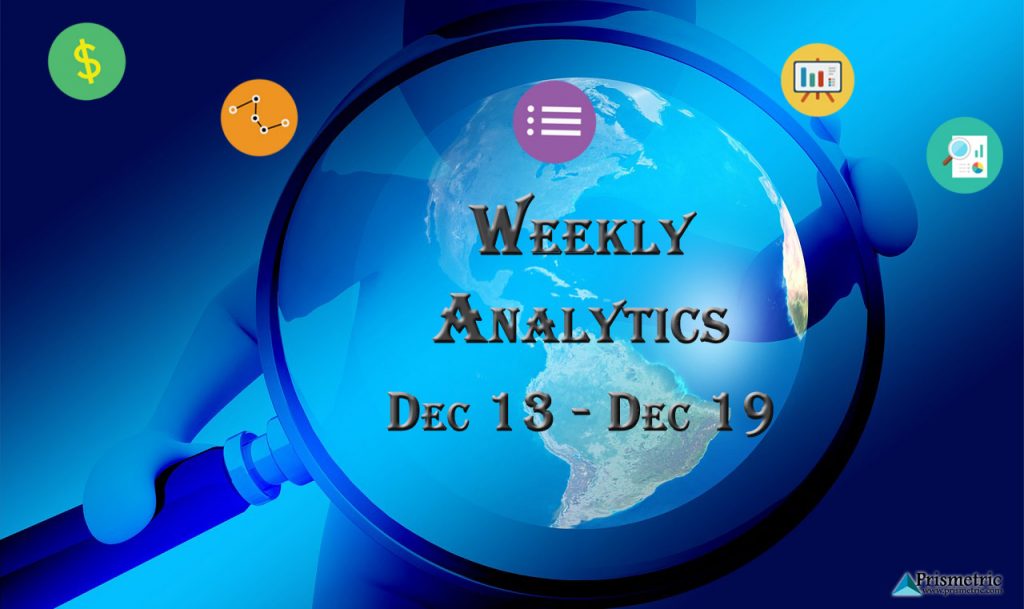 In addition to the above mentioned show stoppers, mobile app technology is making more serious in roads in reshaping businesses around so that they can be more dominant in the current digitally connected world. The technology is making it easy for the marketers to expand their business to greater horizons and reach more number of customers.

So as we have some exciting technologies at our fore, let us hit straight to the road and find out in detail about them.

After being in isolation for several decades of the past, AI is finally making its presence felt and directing sales people and making them efficient in the art of sales workflow. Thus, it is also helping them in driving more revenue as Artificial Intelligence provides the optimum combination of computing process in accessing the increasing amount of data. It can escalate various aspects of sales and drive smarter aspects in the sales process.

Wearables: Fitness technology is all about wearables

We all know that Wearable technology has been continuously pinged as the technology for the future by many tech pundits. They are being used across multiple industries including healthcare and have been received the most in the fitness technology front. In the coming year too, wearable technology will be trending in the amalgamation of fitness and technology, as the new developments in it will make wearables even more comprehensive, core and subtle. Do take a look at the trends that would be the flag bearer for the future.

It is a proven fact that Freemium is a model which every mobile gaming company is opting. In addition to this, the game developers must look in to master the art of science of monetization in order to be successful. Strategizing in advance will help the game developers to make the best out of their designed and developed games and also enhance the user experience.

If surveys are to be believed, global virtual reality in mobile gaming is expected to grow at the rate of 84% in the near future. According to the tech pundits, the specialized softwares, sensors and the 3D sounds gives the users a feel of the immersive virtual world thus increasing their user engagement. Also VR gives the compatibility in all the three major segments related to mobile gaming.

Social Media: Rules that can help Social Media in Growing your business

In this fast paced age of digitization, it has become essential for the businesses to use the technology so as to stay connected with their customers 24*7. The influence of social media is no alien term to any one as it has made businesses reach new and greater horizons which were never thought before. So if the businesses can harness the true potential of the social media, it could be the transformative platform that will eventually expand the business to even greater heights.

Augmented Reality: AR has a gamut of opportunities for the investors

With the increase in demand, Augmented Reality puts forward a pool of opportunities for the investors and the organizations to take their business forward swiftly. The stupendous success of PokemonGo earlier this year has made AR penetrate different fields like eCommerce, real estate, etc. The futuristic nature of AR has arrived off late and is only destined to grow in the future.