We at Prismetric totally understand the fact that “With Great Power, Comes Great Responsibility”. Keeping this phrase from the movie ‘Spiderman’ in mind, we work tirelessly and do exhaustive research so as to give our readers their perfect toast. This week also, we have bought the gems from the world of mobile technology like mobile gaming, , Augmented Reality, Artificial Intelligence, mapping technology, social media and marketing.

In addition to this, tech giant Microsoft has also launched the apps for its ARM system which would work with the desktop systems as well. By doing this, it has taken the embedded technology to a whole new level giving it the much needed boost. 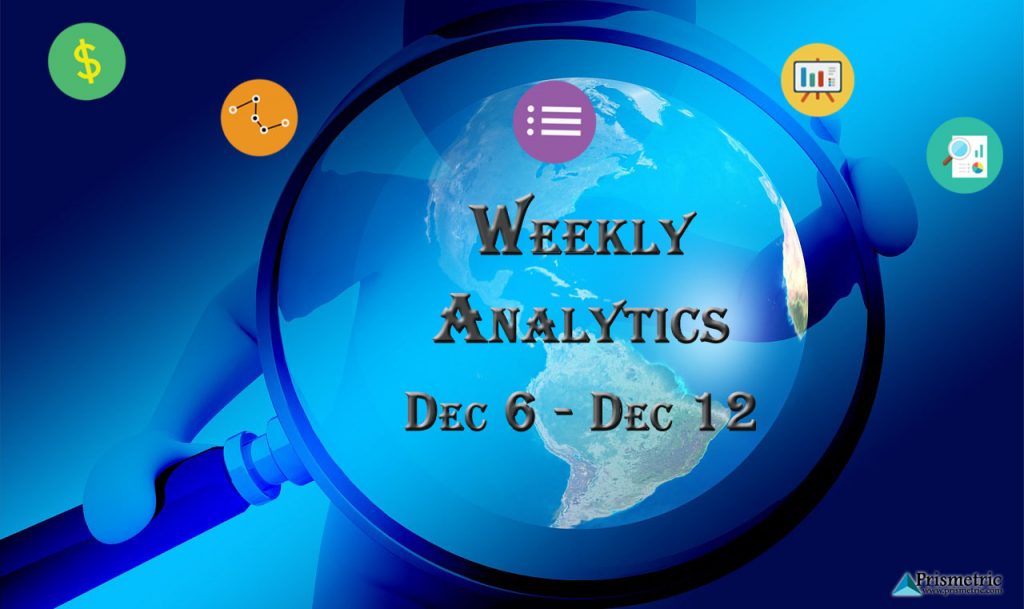 As we heads towards the mid of the last month of the year, let us fasten our seatbelts and take a deeper look at the things that were puffing like hot popcorns the past week.

Augmented Reality: When AR ruled the roots in 2016

Everyone knew that in this year, the stage was set for VR (Virtual Reality) to finally have a boost and take a giant leap forward. But, the things panned out opposite little differently with the emergence of Augmented Reality. The power and potential of Augmented Reality was subtly epitomized by PokemonGo as it became the household name and the most popular mobile game on the planet. AR success lied in making the users believe the artificial world right in front of their naked eyes and almost feel it. It also made inroads in many industries such as e-commerce, retail, etc. thus making itself a mass hit.

As per sources, Apple is working hard to build its location based and mapping data. It is also planning to use drones to get a more insightful and granular view of the streets, construction and the road changes that occur. The drone powered maps will give much accurate representation of the environment around with much more visibility and clarity. Apple is fully aware of the fact that location based data is rapidly taking centre stage in the mobile technology.

Social Media: New methods for Millennials to keep themselves updated

Social Media is proving to be a great platform for the tech savvy Millennials to keep them updated and known about the whereabouts going around. Stats also show that 85% of the millennials stay updated with the help of social media when compared to the traditional newspapers. This inclination to social media and the mobile apps gives them the best option to gain knowledge on the go.

Artificial Intelligence: AI is the future of Customer Service

One doesn’t need to understand rocket science to perceive the fact that no matter what the technology evolution is, Customer will always remain the KING for the businesses. The inclusion of Artificial Intelligence will take the process of customer service at a whole new level as it provides the organization newer methods to respond to their customers at all fronts. As high speed responses are the need of the hour, Artificial Intelligence would be the perfect ally for this purpose.

Social media has grown in stature in 2016 as more and more business organizations are beginning to feel its essence and necessity. With the constant evolution, the social media world has changed very fast and provided a cutting-edge medium to engage customer and expand the business horizons. With the plethora of options, Social media as a medium is comparatively cheap, accessible to a wider audience and beneficial even for the newbie’s.

Since the inception of the smartphone, Mobile games have been their constant companions. But as the year shows, mobile gaming industry has blossomed like a morning flower and turned into a multibillion dollar industry. Companies and organizations are investing in them heavily and with the new technologies such as VR and AR creeping up, the future looks very bright. Indeed, the Gaming Era has just begun.