Let us face it that the Apps store, either on Android or on iOS is no less than a battleground these days. There are over a million of apps in the store, and it’s only the icon of your mobile app that will make it stand out among its contemporaries as the identifier. The mobile app icon is the face of your app but nowadays, it has much more importance than being just a face as your app identity. App icons can also work as an overview of the main function of your app so that the customers can understand it from the first look itself. 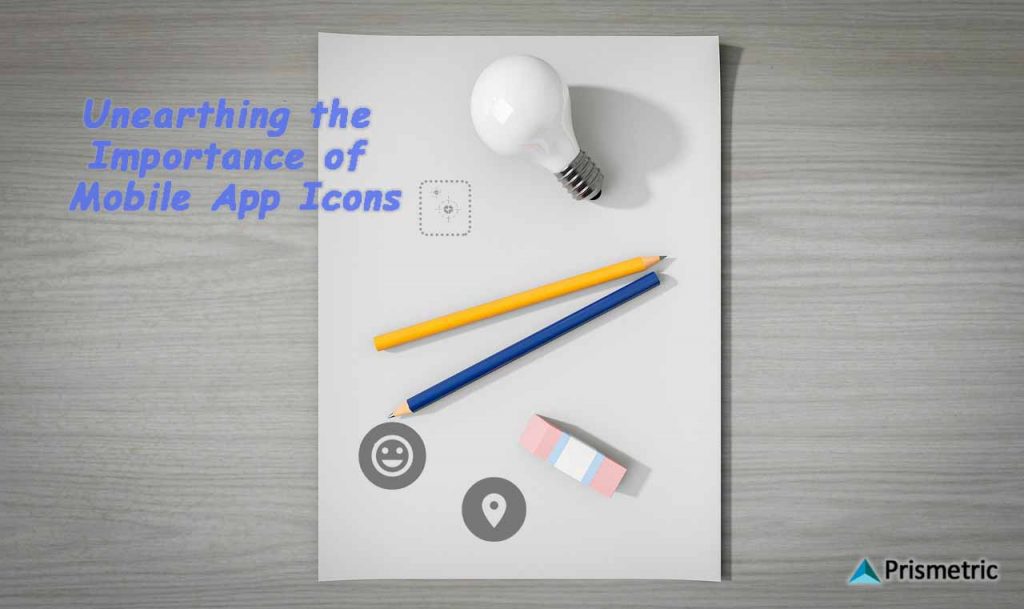 It is no hidden news that mobile apps are the future of technology as they are being used at 51% as compared to the 42% use of the desktop apps. Therefore, apart from making a user friendly application, it is also necessary to loom after the minutest aspect of designing a more related mobile app icon. A discoverable and unique app icon will be instrumental in giving your app a distinct image from the contemporaries and also will have a soothing effect on the customers as well.

Without a relative icon, it is almost impossible to grab the attention and convey your ideas to the customers or the prospective app user. A competent app icon will also settle down the uphill task of app downloads in the initial stages and give a mobile application the much-needed boost. The designing of an app icon requires in-depth brainstorming and thus said to be a significant phase in the mobile app development process.

Here, we will unearth the hidden importance of mobile app icons and its worth in building a successful app.

They say “First impression is the last impression”, and in the case of mobile apps, we can’t agree more. The first looks matter the most in a case of mobile applications as there are several other options for the customer, providing more or less the same functionality. So to catch the eye of the user, the app has to have a pictorial representation at the forefront so as to keep the visitors hooked in there and do not look for other options.

An app icon is the first point of interaction for a user and thus the design of app should be done by keeping in mind that it should look attractive without looking exaggerated and should convey the theme what the app is about. The first impression is important as it plays a vital role in bringing the user to your mobile app and before the specifications and functions; the app icon holds the tide.

Conveying the Purpose of your App

A quality and standardized app icon become the first medium to convey the basic features of the app to its consumers. It shows the genre of the app; for example, in a case of a food app, the icon would have something related to eatables. In the same manner, for social media apps, it would have a presentation that depicts chatting and social connect. A presentable mobile app icon will penetrate the mind of the customers in a nice and subtle manner and will compel them to come back at the app again and stay there for a long time. Presenting your app’s function will make the user understand from the outset only and thus increasing the traffic on the mobile app. Also, it will help the customers to understand the nature of the app so that they can go on with their work more authentically.

Believe it or not, but the icon of your mobile app is the first thing that will make your app recognizable on the big platform. Functions and specifications do play an important role, but it’s the app icon that helps your app connect instantly with the users at emotional and functional levels. This also will be the triggering step in making the mobile app viral and also be sustaining its virality. For example, last year we saw an exemplary rise of Nintendo’s PokemonGo as it has an icon of a nostalgic Pokémon game that instantly connected the millennials. It gave them a chance to revisit their childhood and relive the days of their golden past.

In the times of digital marketing, it is important for the digital marketers to advertise the product or the mobile app on as many media platforms as possible. A scalable app icon will fit in the constraints of every online media platform and even for the offline mode of advertisements. It will be the ‘knight in the shining armor’, for your mobile app and will provide the much-needed edge over the fellow apps.

The greater the app relevancy, the higher chance it would get to come in midst of the consumers and thereby increasing its market penetration. The scalable app icon will fit in all the systems and will help the apps to reach unforeseen corners of the world enabling the app to reach to more consumers mobile devices.

Mobile app icon has traveled a long distance than just being the face of an app. In the present scenario, it is the first line of attraction that draws the attention of the customer towards your app. Moreover, the constant innovation on the application icon will enable the app owners to comprehend its virtues and functions in the very beginning and make the users clear about the core nature of the app.