According to a research, “85% of the individuals prefer using native apps to hybrid apps.”

It is the testament to the incredible user experience that native apps offer, which has resulted in a significant rise in the native mobile app development, native app downloads, and app usage. Believe it or not, but the shift towards native will make the development industry steeper to bring the apps in the spotlight. 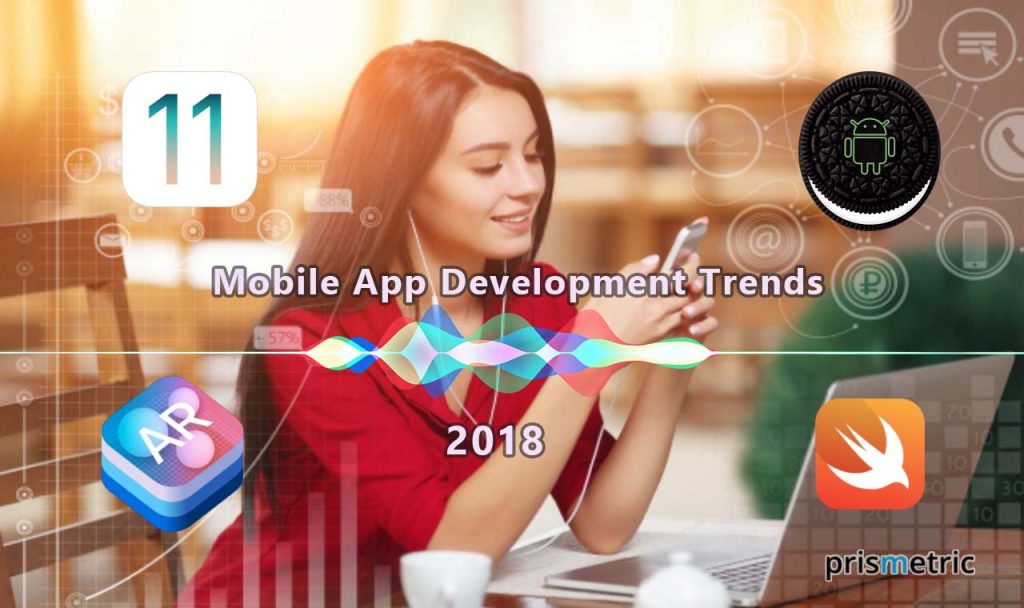 Well, it’s time to bid a goodbye to 2017 and welcome 2018 with new technology trends and updates, which have transformed the Android and iOS app Developers, and going forward, will take the industry by storm.

The new releases, upgradation, and trends perfectly provide the clue to what’s next and what will continue in the native mobile app development. Have a look at all the trends embracing which the businesses can hold an extra edge:

Most often, the upgrades fare better than the predecessors. The Android Oreo and iOS 11 release are no exception which features eye-candy improvements and noteworthy additions. Advocates say the latest OSs have brought the biggest change to the app development space.

iOS 11 gives a big refresh with a bundle of new features, and significant changes to alleviate the irritating problems which pop up during iOS app development. The Apple pay cash and Airplay- the most awaited features finally arrived, Siri enhancements were done, a few bugs are fixed and subtle design changes rolled out to improve the app visuals.

With the passage of time, the spikes in the augmented reality trends are observed in 2017. The AR technology’s appeal to completely transform the real-world is transforming the business and consumer space. It is the reason; technology is gaining momentum and getting utilized in the diverse set of industries.

The two mobile biggies Android and Apple have released AR SDKs namely Google ARCore and Apple’s ARKit, to offer AR capabilities to the mobile devices and let the developers create the AR applications with a great ease and perform with better efficiency.

The ARCore will support only those Android devices that are running Nougat or later versions, and render the 3D AR content over real-world objects when the object, environment, light, plane, and motion is detected by the mobile sensors.

The ARKit made its debut to the world to offer unmatched AR experience on iPhones and iPads that are running iOS 11 or later versions. The ARKit leverages visual-inertial odometer, and computer vision analysis to augment the 3D virtual world when the object is viewed through device inbuilt camera.

However, both AR SDKs differ in hardware and software requirements, device compatibility and support they provide, the pace at which users download the OSs latest version, and their performances. It’s nonetheless too early to discuss who leads the way, but certainly, the SDKs release will revolutionize the augmented reality development world.

The programming languages play a vital role in the quality app development and speed at which the app made its way to the app stores. The Objective C in iOS and Java in Android are highly leveraged for app development for a long time, but there exists a big room for improvements to increase the overall efficiency of the developers.

The release of new programming language Swift for iOS and providing official support to Kotlin is the answer to the challenges that developers are facing. Swift with an easy learning curve, reliable code, developer-friendly features and removal of security vulnerabilities has simplified the iOS development.

Kotlin was already there, but its official support is a boon for the developers with reduced code length, less error-prone, enhanced capabilities, ease of operations, and theft-proof against malware. Its high compatibility with elder sibling Java is mind-boggling where it’s impossible to identify which section is from Kotlin and which from Java.

The release of Apple’s Siri, the AI-assistant has dumbstruck the people with its powerful voice recognition and natural language processing capability and has brought a radical shift in the way people use the iPhone. Under pressure, the big techies Google, Microsoft, and Amazon also created the digital assistants and to better compete with them, Apple gets more creative and melds the Siri’s skill set.

As the iOS 11 made its debut to the world, Siri is shaking things up with advanced SiriKit, that’s jam-packed with machine learning and deep learning. Now, it can be witnessed controlling various parts of our digital lives with enhanced capabilities that include synchronization across devices, on the spot translation, expressive voice, QuickType, personalized suggestions, and improved user interface. Also, now, the developers can integrate Siri with more kinds of apps like- bill payment, QR code, task management and social media accounts sharing.

Moreover, the Siri can be seen in conjunction with other Apple devices such as Apple watch, HomeKit, and HealthKit. The SiriKit integration with apps definitely works as a connecting tissue for the services that engineer hybrid experiences and bring impressive gains in future.

Mobile app development is dominating the mobile world without losing its appeal to hybrid development. The innovations and upgradations in the iOS and Android development sphere guarantees that the native trends are here to stay.

New OS release, SiriKit enhancements, updates in Swift, official support to Kotlin, and AR SDKs release are the hub of attractions that will continue to catch more eyeballs and rule the native development in 2018. Go with the flow and warmly-embraced the trend that’s a perfect fit for your business niche.