Gone are the days, when we built the app with the belief- “If you build it, they will use it,” and it has really worked. But, it’s a modern age where users everyday need something new. The age-old statement never lets the businesses sustain their presence in the target niche even after harnessing the power of the mobile wave. In the bloodthirsty competition, the creative flair and development proficiency won’t guarantee that the app developer will break through the noise in the app stores. 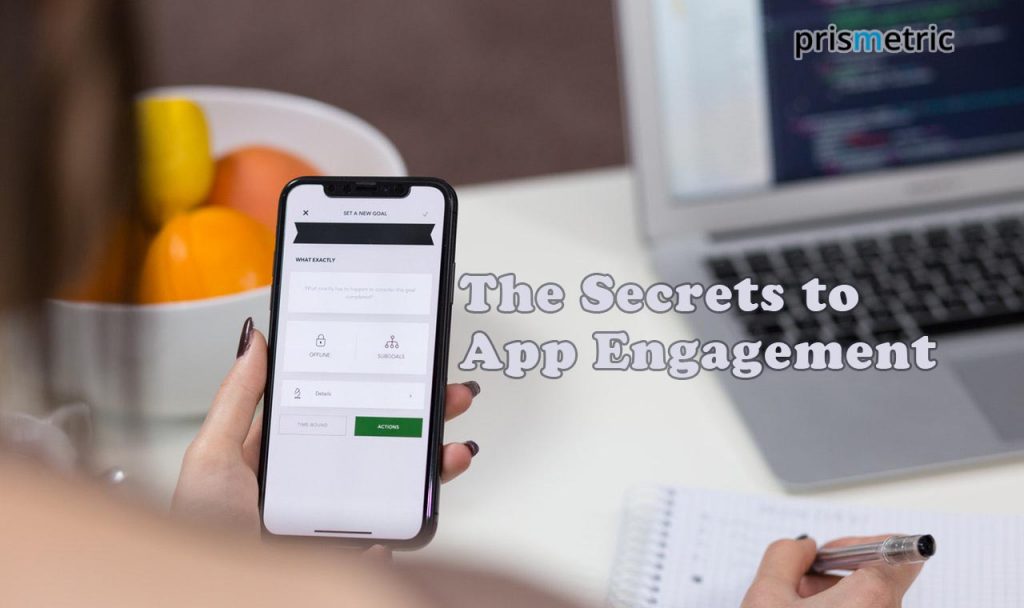 Crafting a marvelous app is as important as user acquisition. It is not a final milestone achieved. Instead, it’s the first step towards success and many more steps to cross in order to drive loyalty with user engagement. The app may have traction, but the marketplace is evolving at the radical speed that requires the app to keep up, else the app soon becomes stale and obsolete to the users.

Driving the user back to the app is a spine-chilling task that requires a substantial investment of efforts, time and dollars. The reason being retention curve for average apps is like a steepest skate ramp where the users don’t stop by churning, instead, they share the negative experience in the social circle that deteriorates the brand’s image. In addition, acquiring the new users is six to seven times expensive than retaining the existing ones’, as stated in the Forbes article. 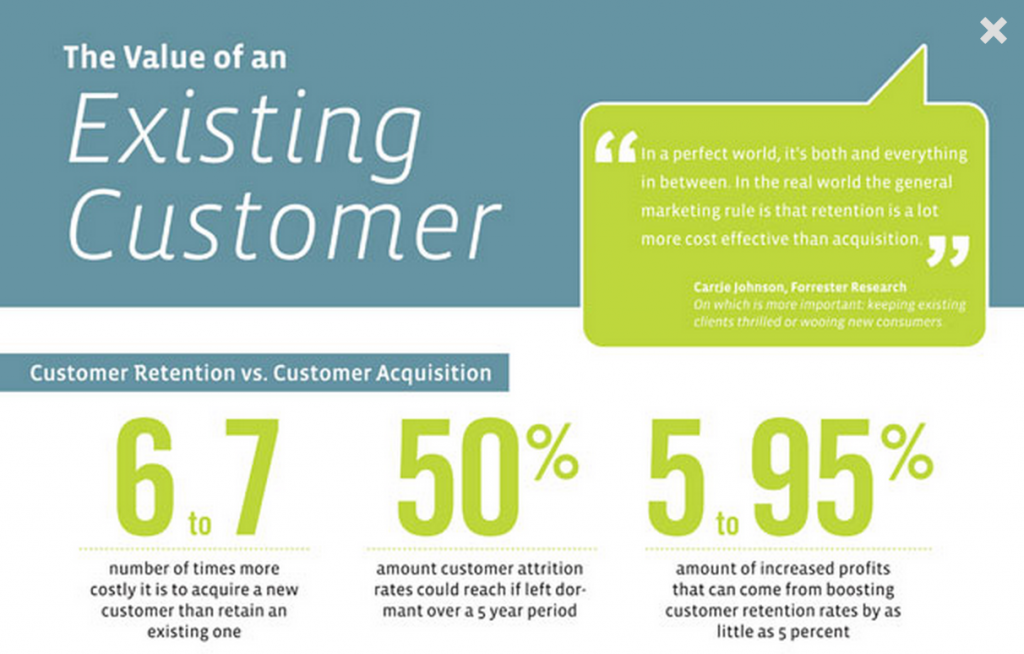 Although all hope is not lost, the app-bouncing users offer unmatched opportunities to a mobile App developer to learn the ways of restoring the app engagement and inspiring loyalty. Actually, the user engagement lies at the intersection point of what app offers and the time length for which the app is able to hold the user’s attention.

The common region indicates what the app has to offer from the user’s perspective. This is the science behind keeping the user engaged in the app and making the app their habit. Confused? Okay, let’s not complicate it more and go back to the point,  about how to increase the app engagement.

Here, I have compiled the list of tactics to engage the users and let the application deliver the results imagined. They are:

“Onboarding is a process of increasing the user’s likelihood of adopting and embracing the product,” as stated by UserOnBoard.

Onboarding is, in reality, a human resource term that’s borrowed by UX designers to quickly communicate the people, which killer features the app offers or the main problem the app solves in a succinct manner. The onboarding can include- tips, interface tours, introductory slide or video, hybrid solution or a content sample. Many times, the attempts of making intuitive onboarding goes wrong and numerous fields in the registration page, long tutorials, or minimum empty states annoy the users.

The secret sauce to creating the excellent onboarding experience is showing less and provide more in the tutorials because users don’t have the patience to sift through it or read manual to use the app. The common actions should be explained clearly and concisely.

Second, don’t throw the set of actions to read at once, instead, guide the users as they go, as users are not interested in learning how the app UI works, while they are looking for value, the app promises to deliver. Also, the hints triggered in the user-guided tour at the apt points can be shown with a progress indicator which lets users track at which level they are. The Signup process must be kept short and simple with less information needed.

The push notifications are made an integral part of the mobile app to keep the users updated with the latest event or happening. The medium of interaction is a double-edged sword which is when not utilized rightly, it ruffles up the user’s feather and the frustration sometimes leads to the app deletion, and when it’s implemented rightly, it becomes a key to success. So, make the anti-UX agent meaningful, contextual and useful that serve the business purpose and engages the users.

The timely alert with non-interference, small and effective content, personal touch, valuable action triggering and serve warnings are the features of good notification that deliver a positive experience and engages the users in required activity.

For instance, when a product is ordered at the online store, the notifications for order confirmation, shipment, and delivery by the shipment service providers are sent with product details alongside the shipment tracking link at different time intervals. The personalized notifications engage the users with their shipment status.

With brilliant onboarding and push notification, the app is communicating something to the users, but it’s one way. You have to go beyond the traditional approach to encourage the two-way interactions and make the users hang around the application. For this, you need to give the reason to the users to return to the app and not feel as if they are left out. Such experience can only be offered and users can only be kept hooked to the app when the app fulfils their needs.

It’s feasible by collecting the reviews and ratings and then analyzing the feedback to learn the specific areas of improvements that are becoming a cause of app uninstallation. Also, you can conduct an in-app survey, send an email or ask the users the reason to delete the app when they are deleting it. Going ahead, the app must seek the user’s permission when the users are asked to provide feedback or reviews. Squarely, opening the feedback form as a pop-up is the surest way to annoy the users.

For instance, Whatsapp after every voice/video call, ask the users to rate and provide the review for quality of calls placed. Instead of directly showing up the feedback form, they ask for permission with a simple question like- “Do you like to provide a review.”

Additionally, making a prompt response to the comments made by the users is a must because it satiates the unsatisfied user and cements an impression on the other user’s mind that you listen to the users.

Consider the speed a feature in your app

The speed is a killer aspect of the mobile engagement. It’s the life of the app which enables the app progress and sustains the growth. The reason being we are living in the world where users want the actions to trigger or things to happen in real-time without delay of a second. The inherent feature of the app which cannot be taken for granted at any cost.

When your app is not fast and reliable, then it doesn’t matter to the audience whether your app is bug-free or packed with unique functionalities. They simply ignore it. It’s the natural expectation that app should work swiftly every time it is opened, else it takes a couple of seconds to abandon the app.

For instance, Foursquare, which was once considered as the best social platform in the universe was failed because the attempts of hyper-personalization led the performance issues and Myspace’s user base quickly flock to the Facebook.

There is a lot of competition out there. To drive engagement, you have to design the app on the behalf of the users from primary workflow to creating value to the final designing. That’s where checking the health status of the mobile app is all-imperative. It’s possible leveraging analytics.

The analytics offers the user’s behavioral cues like- user’s true intent, their lifestyles, dynamic needs, browsing pattern and pretty more, which helps in recognizing what’s so boring in the app and what to include to introduce a new mechanism of engagement. This level of personalization guarantees the engagement and winning upshots across the board.

According to a McKinsey report, “The behavioral personalization implemented in the app after gaining analytics delivers five to eight times the ROI on marketing spend and lift sales 10 percent or more.”

What’s your take? Learn the user’s behavior and analyze the app performance through analytics and then invest in the efforts accordingly to identify the loyal evangelists and taking key growth actions, which in turn helps in improving app engagement.

The App engagement is a gift that keeps on giving loyalty to the businesses. To stay successful, tossing out the guessing game is vitally important because increasing the lifetime value of the users cannot be rest assured on the presumptions.

It’s essential to look at the app during development through, How to upsurge the app engagement lens to remain focused on developing the app which intrigues the users? Understand the impact of every feature, workflow and interface engineered and then crosscheck with above-mentioned tactics to know everything about the app that will let the users take interest in and drive the mobile app engagement. If so, you are on the right path, else there is a dire need to rethink your mobile app engagement strategies.