How To Put Security Net Over Banking Apps?

The shift in the user behavior has made a huge contribution to the mobile app development mindset across diverse industry verticals. Along with the expansion of customer-facing mobile applications, the security challenges are also emerging at speed. The breach of trust not only is a monetary loss to the organizations, it also impacts the customer’s trust as well.

Similar is the case with banking or financial industry where the people are no longer interested in physically stepping into the bank to complete the transactions, but security has become an intimidating factor to use the banking apps. 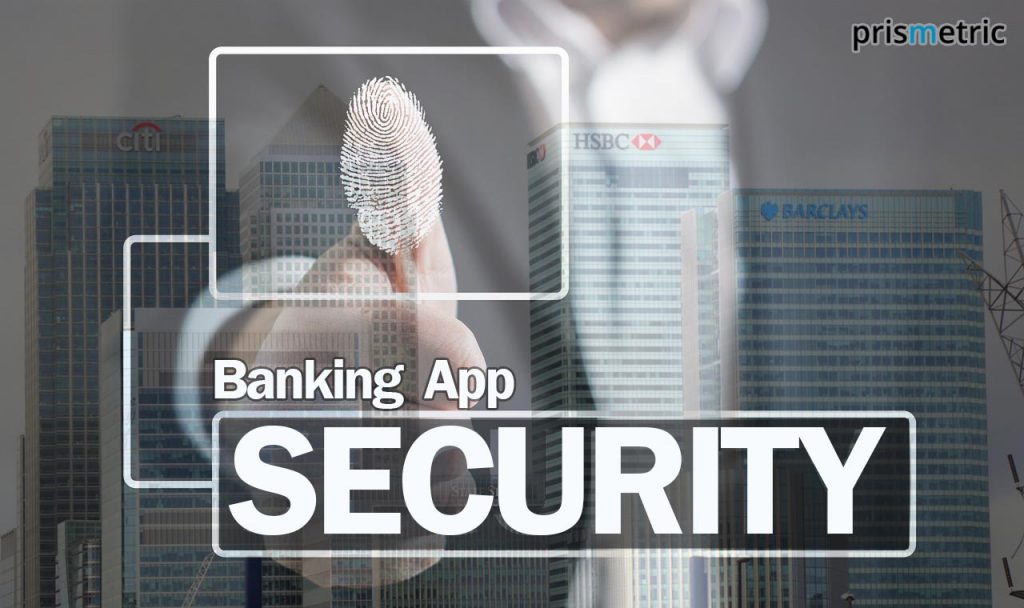 Having a mobile banking app is not a luxury anymore. It has become a need of the hour as the bank customers like to use the mobile app for online shopping, in-app purchases, premium app downloads, mobile recharge and a lot more things. Increasingly, the banking institutions are hopping on the mobile bandwagon to let the customers efficiently and conveniently monitor and manage the dollars.

However, while using the banking app for the third-party transactions, sometimes, there is a chance that the user’s sensitive financial information and money get stolen and misused because of some loose ends that exist in the app. Actually, the unmonitored security flaws in the app, rising malware, improper legal framework, inter-app accessibility and unsecured mobile devices make the mobile banking unsafe.

Here, it becomes vital for the banks to remediate things and wrap the app with newly advanced layers, which makes the mobile app upto a level robust secure that in the vulnerability assessment, the bank gets a clean chit.

Surprisingly and sadly, it rarely happens.

According to Now Secure static and dynamic analysis, the vulnerability assessment comprises of 465 tests when performed over some of the banking apps of the North America banks, it’s identified that every app has at least one security issue. It’s a mind-boggling fact that the apps which are publicly available to download and are in use by the customers have from low to high levels’ security issues.

Here, we have outlined a few methods and approaches, Which Developers should keep in mind while developing the secure banking software or app so that the App Security will remain intact.

Even after the repetitive up-gradation, the Android platform still jam-packed with hordes of malware that are still rising. It’s the biggest security concern for Android banking apps.

According to a study, “nearly half of the mobile apps running over Android platform contain world-writable files which allow other apps to create a new one or modify the existing files of the banking app.”

Creating the world-writable files pose an enormous risk to the app’s security because other apps get the permission to access and change the data. Such security gaps should not be left by the developers.

According to a research, “On an average, a mobile device connects with more than 160 IP addresses daily and 35% of the communications sent by mobile are found unencrypted.”

Mainly, this problem exists in the Android apps as compared to iOS apps. It’s because of the broken SSL checker that verifies the SSL certificate is installed or not. The absence of correct certificate validation, the data in transit can be eavesdropped or intercepted by the malware.

It must be ensured that SSL checker is not broken to rest assure that the correct and trustable SSL certificate is installed and hostname is verified. Also, there are some fake certificates that can be easily created about which the developers might not be unaware of.

The writable executable files allow the individual to get the permission to write over the executable code that eases the modifications in the application when needed.

That’s a good feature, but it becomes problematic when another app malware attempt to rewrite the file by introducing vulnerabilities, which creates an error when the code is executed. The ends of writable executables should not be kept open to make them susceptible to fraud activities.

As per the development industry standard, the app’s source code must be intentionally made ambiguous so that it becomes impossible to understand for the humans.

The process of obfuscation protects the app from the risk of reverse-engineering, else a ton of crucial data security comes at stake. Make certain, you have done obfuscation of the app’s source code before making it to the app store.

The “HttpOnly” flag with cookies is there to tell the browser that the cookies cannot be accessed by the client-side scripts other than the server-side scripts to add a layer of security on session cookies and prevent the XSS-like attacks.

It must be noted that cookie is rightly set with the “HttpOnly” flag and “Secure” flag.

During the app communications with bank server like- providing the username, password, address, serial number, GPS coordinates, phone number, Wi-Fi MAC or IMEI and proxying the SSL, the sensitive customer information can be intercepted by the attacker having network privileges.

It’s important to consider that the transport layer security (TLS) is not compromised, else the app will be at risk of data interference.

Quite long back, in iOS 9 version, to establish the secure connections between the app and the back-end servers, app transport security (ATS) was introduced. The ATS is by default enabled on all the devices running on the iOS 9 or its later versions.

The benefit of ATS lies in its ability to push the HTTP connections to use HTTPS and if not used, then the attempts made to connect with HTTP get failed. However, it’s found that the banking apps had disabled the ATS globally, which allows the impostors to connect using both configurations- HTTP and HTTPS.

To avoid any theft event and maintain the mobile app security, don’t forget to enable the ATS in iOS banking apps.

Today, it is difficult to think about a day when you won’t require the banking apps or online payment making it the utmost requirement of the banks to provide state-of-art services catered with the use of cutting-edge technology for security. As an extended measure and to solve the issues along with providing assistance on the go, the banks have employed chatbots to simplify the process for their customers. Thus, leaving no stones unturned to improve the experience, it is high time the banks start thinking about these aspects and the security of the app has been checked and maintained regularly so as to ensure satisfied and happy customers for a smoother flow of things.