NFC aka near field communication is the invisible technology embedded in the objects around us that enable interactions in the user’s context. The technology which is evolved from RFID is not just technically feasible while also commercially viable and leveraged in the host of real-world applications. 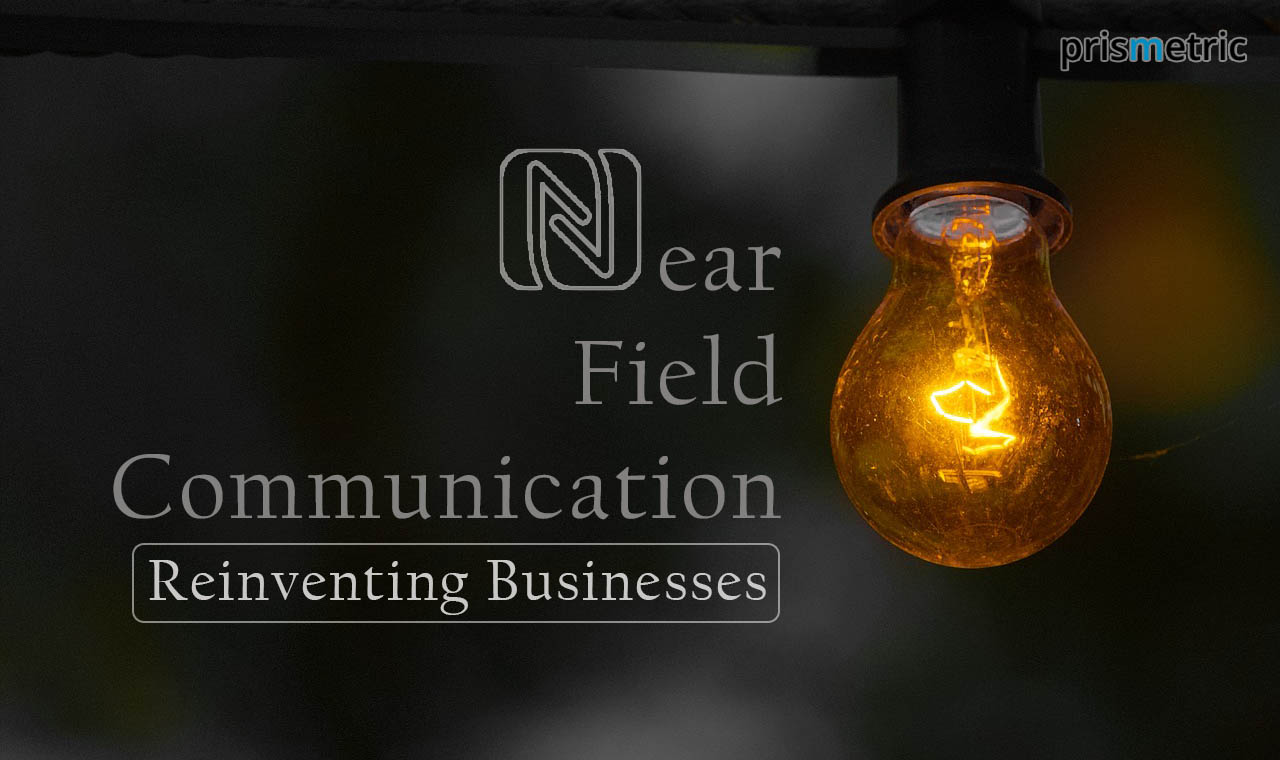 Initially, in 2002, the technology made its way to the market. Later, the companies begin incorporating NFC in smartphones as NFC tags to enable contactless communication on radio frequency waves. A few months back, the technology becomes the part and parcel of Apple devices along with Android and Windows devices that have embraced NFC quite before.

According to a research, “The NFC enabled cell phones shipment would hit  1.9 billion units by 2018.”

For sure, the technology that meets the international standards is the future of two-way communication due to the speed at which data is transferred, low power it consumes and automated fashion in which it works. This is cool!

How the NFC works?

Well, the clue for how NFC work is hidden in its name itself. The technology operates between the two devices that are in close proximity and enables communication when the devices get connected and identification protocols validate the device for secure data transfer. The NFC tags embedded in the mobile phones exchange the data over radio waves without needing to pair them and providing the passcode.

The technology works in three ways: a peer-to-peer mode in which two active devices can swap the data; a read/write mode wherein one active device catch the data transmitted by the passive device; card emulation where the device is itself used as a contactless card. Active and passive are the two modes of operation where the former can generate the radio field to send and receive the data while the latter one can just transmit the data.

A research has predicted that the global NFC market will become a net worth of $47.3 billion by 2024. 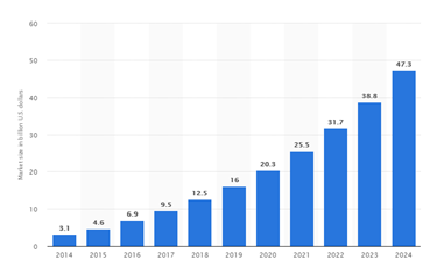 There are multiple technologies around us like- Bluetooth that enables seamless communication among digital devices, then why NFC is picking up the pace. The reason is unlike Bluetooth, the NFC chips won’t go through the long process of making the device discoverable, searching for the device and entering the passcode to establish a connection to send or receive the data. The no inductive coupling, and the absence of manual pairing enable the connection faster.

NFC comparatively consume less power for the data transmission that alleviates the problem of battery drainage. It makes NFC a perfect fit for the advertising tags which can operate even under low power source.

There are numerous NFC Applications that are driving the Businesses:

Virtually, the business of any niche can benefit from the NFC tags because the complex digital interactions can be made incredibly simple that even rookies can get the advantage of them with just a single tap. Under the hood, take a quick glance at NFC real-life use cases.

Carrying the credit or debit cards in the wallet appears full of hassle and digital wallets are prone to fraud. That’s where NFC comes to the rescue, which provides the most secure form of transaction on mobile. Apple pay, Samsung Pay and Android pay are the popular NFC-based mobile payments.

Be it a retail store, coffee shop, train station, taxi or local supermarket, the customers can pay just by keeping the mobile close to the terminal using NFC where in just a single tap on payment application on smartphone connect the card with card terminal, and when the customer validates the transaction by scanning the finger or entering a passcode, the amount is deducted from customer’s credit/debit card.

Moreover, the loyalty cards, library cards or business cards can also be integrated wherein the loyalty points get automatically redeemed or added after the purchase is made.

From journey onboarding to reaching the final destination, the end number of NFC applications can be created. At the airport, during the passenger check-in, baggage check-in, lounge access, or security check-in, the NFC mobile apps can make the onboarding process easier and faster. The Scandinavian Airlines that provides SmartPass stickers to the flyers for handy check-in is a great instance of it.

After reaching the destination, in the hotel, the customers can get the room keys on NFC mobile without needing to check-in. Also, the NFC tags at the reception area could provide access to various information such as restaurant menu, Wi-Fi password, events, places of interests, or local services.

The Radio taxi in London has led to a unique marketing strategy where the NFC stickers are placed in the 2500 vehicles, which passengers can tap or scan with NFC equipped mobile that provides a link to download the app and through which the nearby taxi can be booked or its real-time location could be known. The strategy has increased the number of passengers by a significant amount.

The NFC tags placed in a shop can send the best deal messages to the people passing by the shop if they are interested in knowing the offers.

Placing a sticker on every dining table in the restaurant alleviates the need of calling the managers to take the order or penned down any changes required in the food ordered. The customers simply require to scan the sticker, and the menu pop-up on the mobile screen from which the items to order can be selected and also any variation in the ingredients can be specified. Also, when the food is ready to serve, an alert is pushed on the mobile to notify the same.

It improves the efficiency and the speed at which order is taken and served, and enhance the user experience as well.

It sounds a bit awkward, but the technology has great potential in engineering entertainment applications. The location-based treasure hunt game is the best example of the NFC-based game where the tasks are stored in the NFC tags which players have to perform and then get a clue to another NFC tag. Also, the music experience of a concert can be shared using NFC tags.

The data gained from the NFC tags in combination with geographic locations can be utilized to measure the pleasure gained during gameplay or the musical preferences during the concert.

Ending notes:
NFC does have the potential for widespread usage with a smart use in many industries making it count as a technology that serves a wider populace. by Using NFC mobile technology will go to a new level of user experience and help businesses to achieve a new level of success with a mobile app development company.