How Mobile Technology has helped the new age Moms

Embracing technology is the most intelligent thing humankind has ever done. Right from the age of the primitive man, upgrading to new technologies has been the feature that has helped homosepians to evolve efficiently in a fruitful manner. With the changing times, the usage of technology especially mobile technology has come to its own and has been shining on every possible platform. The same is with motherhood that is probably the most thankless job done with full loyalty and conviction. 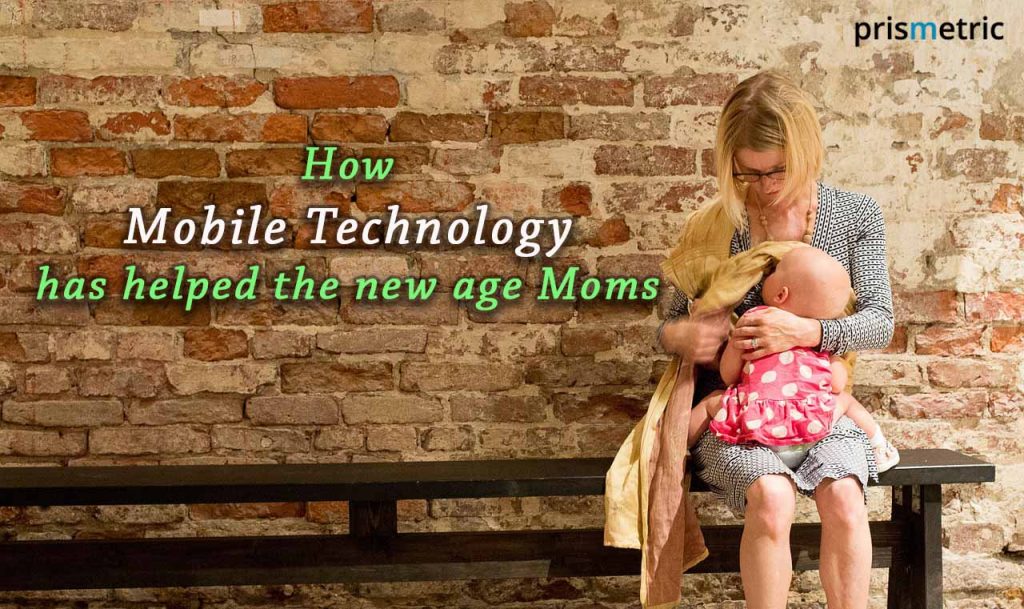 Mobile technology has played a huge role in uplifting the way businesses are done in the modern world. In the same manner, on the personal front too it has been equally impeccable and profound. Apart from making women self-dependent on the professional front, mobile technology is cordially helping women at every stage of life including motherhood. Being a mother is not easy because it makes a lady responsible not just for herself, but for the entire family. The work starts from taking care of the baby to being the caretaker, doctor, manager, etc. of the house. This is a huge task in itself and thus here the essence of technology comes into the fullest.

Therefore, without wasting an iota of time, let’s dig in deep and find out the importance of mobile technology for the new age moms.

Helping to improve the health

Motherhood takes a toll on a women’s body as she goes into a major physical transformation post pregnancy. Therefore, it is essential for them to respond to this situation in a fruitful manner. The use of technology and especially mobile technology will provide a helping hand with all the needed amenities and carry out the required tasks with utmost precision and accuracy. Whether it is practicing yoga or doing rigorous exercises for getting back into shape, mobile apps always hold the fort in case of assistance for health. In addition to this, there are apps to rate and gauge the health of a newborn baby or the infants so that their health can be maintained from the beginning itself.

The modern day mother is a perfect example of “beauty with brains”, where they employ technology to help keep up with the changing trends and horn their skills for the future. Mobile apps would cater the perfect platform as it is easily accessible and provides all sorts of information that is needed to level up one’s personality.It is a known fact that women, especially mothers have played a vital role in embracing technology and taking it to the next level. Not only this, mothers are also capable of doing the impossible related to technology and the list of the women mentioned below will certainly make you believe this.

We are all aware of the fact that gaming is one of the most popular past times and amongst it, adventure gaming takes the top position. Roberta Williams was best known for her work in games like Call of Duty and King’s Quest. She is the pioneer and flag bearer of creating and popularizing the category of PC games. She was the one that included puzzles and detailed storylines so that the users would find the games interesting and captivating. Her games had a taunt logic that kept the users at the edge of their seat till the very last moment.

The User Interface designer who brought icons to life, Susan Kare is an iconic designer with amazing skills. Working alongside the tech giants like Steve Jobs, she created the Happy Mac icon that greets the user when they boot their machine for the first time. Also, the trash can icon that lets the user put their files that are no longer in active usage is said to her brain child. It is also said that Kare’s efforts were responsible for making a friendlier device and less like a machine due to its amazing UI.

She is the most well known female CEOs of the Silicon Valley in the 90s and someone influential in launching Java language with Sun Microsystems on the Internet. Polese also co-found Marimba, a company that was the first to distribute software’s over the World Wide Web. It may sound a basic work to you know, but she did that in those times where the internet was only capable of transferring text and graphics. Under her leadership, Marimba progressed really well and was regarded as a successful venture capital. She is the reason why you get automatic update alert on your PC.

Cecilia Pagkalinawan is one of the main reasons of bringing the established retail companies into the E-commerce world. She helped Footlockers and Champs to open their first online stores and also made corporate pages for larger organizations like Audi, IBM, etc. Cecilia also took advantage of the new age tools like Big Data and Social Media to be the torch bearer of online media marketing and advertising. In short, Cecilia Pagkalinawan is one of the main reason behind the targeted marketing in Social Media.

Like the other women in the list, Caterina Fake worked in many online ventures and websites before doing something great that changed the mindset of people. She co-founded Flickr and also played an important role in ushering the era of Web 2.0. It integrated social networking and open APIs so that the user can connect with the related thing without going the painstaking way. Her exuberance and knowledge are the reason why she has been included in the Forbes list of the influential women.

Be it home or the business world, Women especially mothers around the world have shown what they are capable of doing if given the opportunity and platform. Moreover, embracing the mobile technology will help them to get into their own and innovate to the core so as to be the leaders of the future. Motherhood does help a woman to shine no matter what the circumstances are and that is when she revolutionizes her thoughts and gets ready for that giant leap with much more determination.