How Has iPhone Reinvented The Mobile Landscape?

No matter you love it or hate it, but a decade back, when Steve Jobs- the Co-Founder of Apple made the announcement of iPhone, the stage was set for the transformation of mobile technology to what you see today. After iPhone’s debut, the wonders were seen in the smartphone world with constant changes effectively challenging the very existence of its competitors and compelling all the others to be on the run and be innovative about adding that extra bit of character to your smartphone making it a more personal device.

Thereafter, the mobiles phones weren’t some electronic device which helped in calling, texting or playing snake, but technology, design, art, and creativity started blending into it. Today, the people have a computer in the palm of their hands in the form of smartphones. 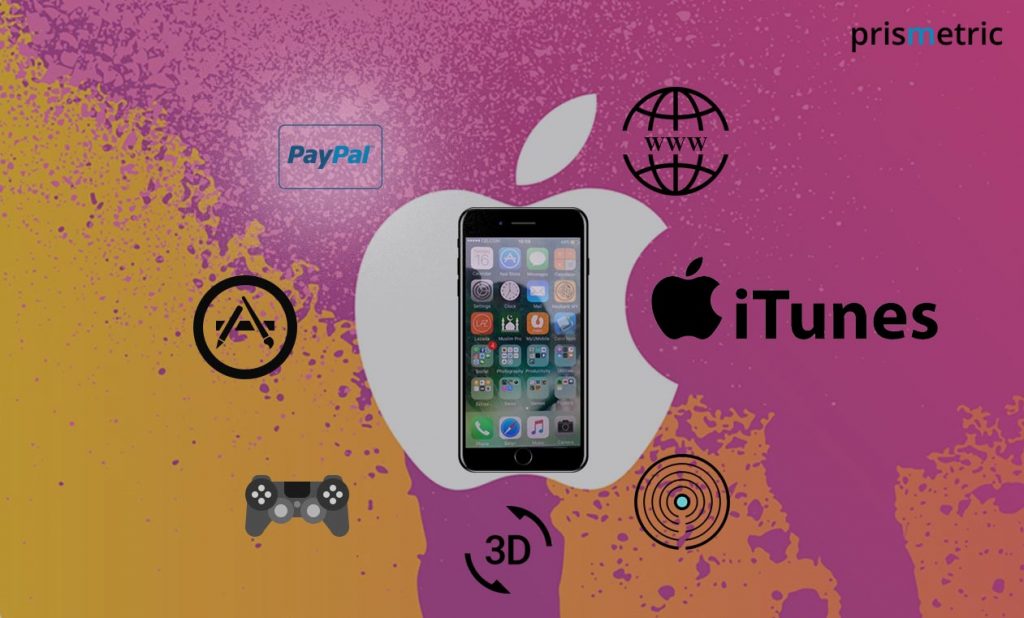 The foundation of the innovation laid by the Apple in the form of the iPhone is still continued and now, it has become a brand that enjoys the virtue of being used by over 700 million users.

Let’s take a quick glance at what are the impacts that one of the most influential product, the iPhone, has made in the mobile world;

The World of Mobile App changed

Before the launch of the iPhone, the mobile users have to follow the obsolete ways of downloading an app and that was quite complex and taxing. The users have to first make a search for the best online store, download the app onto the desktop, and then sync with the mobile phone to install the app on their mobile. Besides, the payment must be made by PayPal or credit card.

Apple has transformed the complete process with the launch of iTunes where in just by creating an account on the iTunes, the users can install the app and pay in a few clicks through Apple Pay. Also, uninstalling the app becomes handy.

For years, the music player and mobile phones are two separate entities, but after the release of the iPhone, the music and phones got unified and a standard for music on phones is set.

Also, there were only a few online services available that were allowing the users to purchase digital songs and albums. The illegal and free downloading of the music has created a crisis in the music world. The iTunes store drastically changed the complete process.

Now, selling the music for public consumption becomes easy. The people can search, buy and pay for the music at the fingertips from iTunes. Presently, iTunes digital music store crossed the milestone of selling over 25 billion songs.

Introduced sensors to the world

The use of sensors in the mobile app was unimaginable and even never thought of by any mobile app developer or smartphone company. But, the release of the iPhone made it to be a workable technology.

At first, just the accelerometer was integrated into the iPhone, and later gyroscope and compass were added to create a major breakthrough in the mobile app industry.

Afterwards, the sensors become an integral part of all the smartphones that are launched after iPhone release to add amazing effects, illusions, and functionalities in the mobile apps.Today, these sensors are considered as a must-have and a boon for the mobile app developers to develop more enticing applications.

Started the era of touchscreen

The computer scientists have researched a lot to make the user interface and computing enabled for touch screens, but they failed to bring it into the mainstream on the devices. However, the iPhone made it with a huge acceptance.

The touch screen feature was a classic move by the Apple that’s later adopted by the whole market and the users. Bringing fingers as a pointing device has created the most revolutionary user interface. It has changed the way the work is done and technology became a fashion statement.

Become a game changer for the gaming industry

The iPhone app store breaks the anatomy of pocket games like- Nintendo and Sony and has taken the mobile gaming to a whole new level. The brilliant features of the iPhone brought the convergence of mobile and games, and the new era of mobile gaming has emerged.

The amazing gaming apps built leveraging advanced technology such as augmented reality (AR), virtual reality (VR), and artificial intelligence (AI) is even pushing the handheld gaming system out of the market.

The present scenario is like, just name the game genre and you will have the app on the App Store. It’s stupendous!

Gave birth to a new age of the internet

Undoubtedly, browsing the internet was just possible on computer only. That’s where iPhone brought the biggest change by allowing the users to access the internet and various applications through mobile.

The mobile transformation has enabled the things to happen anytime, anywhere, which is now provided by all the smartphones. The internet access that’s initiated with email access on the iPhone has reached to apps like- Facebook, Twitter, Instagram and WhatsApp on mobile. Finally, a new world of mobile computing ushered in.

Speed up the mobile app development

The radical change brought by iPhone is the opening of mobile app development floodgates for the web development firms using web 2.0 technology. The innovation has alleviated the dependency over mobile carriers to approve the software and enabled faster development.

With web 2.0, the web developers using any technical skills can develop the new mobile Apps or apply new skins to the existing apps to roll out the functionality in the mobile environment. It’s not essential to hire iPhone app developer to engineer iOS application, while the web developers can also make it do.

Able to make inroads into the Japan market

After iPhone release, the myth was shattered in 2009, when the purchases of the iPhone in Japan begin and surprisingly, Apple has covered 72% of the Japanese smartphone market share.

What the future holds for mobile?

The smartphone technology, which was quite far away from the perfection has now reached the state of excellence. The launch of the iPhone has transmogrified the mobile industry with hardware and software innovations. It has altered the way people use, interact and understand with the device right in their pocket.

Thanks to the iPhone, the past, present, and future of the mobile technology have completely transformed and it’s still pushing the boundaries. The smart world full of smart technology is on the way. In just 10 years, that’s cool enough! Isn’t it?