How is Mobile Technology Reinventing the Future Of IoT App Development?

Today, the billions of mobile applications, in the app store or on the users mobile right in their pocket, have the answer to every problem that people have or the challenges they are facing. It has changed the way people connect, communicate and collect the information. The mobile trend is now getting hooked up with IoT (Internet Of Things).

Internet of Things – the ‘Network Of Network’, is one of the most powerful creations in the IT industry after mobile app development, which is capable of connecting almost everything on the planet. It’s not a bold statement to say, the ubiquitous connectivity and communication among the objects will transform the ability to collect, analyze and distribute the data so that the insights gained can be turned into proactive actions. 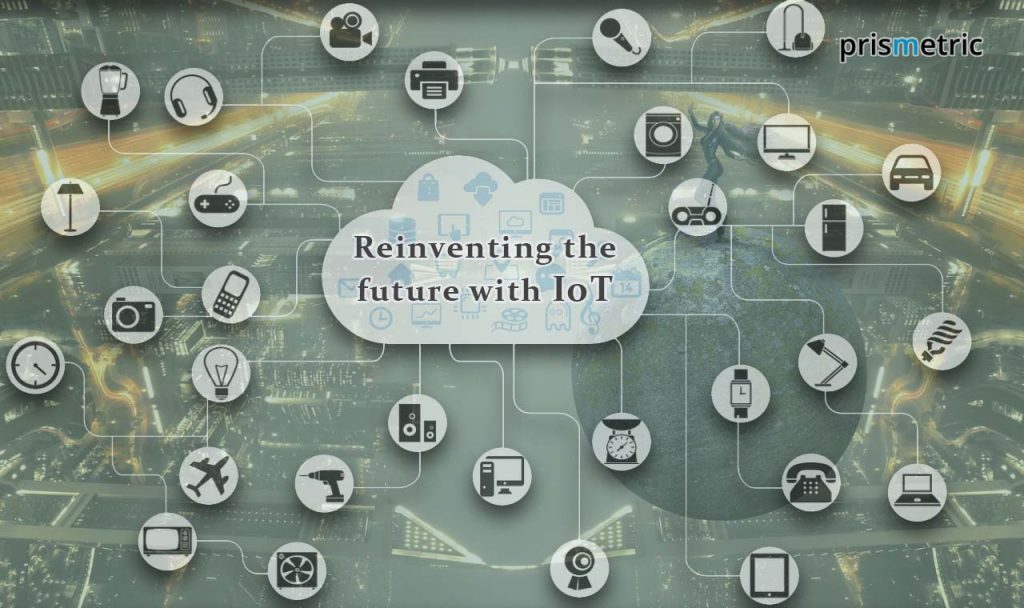 How about if both trending technologies – IoT and mobility get converged and delivered to the users in a package? It will definitely reinvent every action, process and work in the universe. The innovative potential real-life cases of mobile app development for IoT undeniably made the lives simpler, but the development is not a piece of cake, especially using hardware.

The high-level of complexity puts off the developers. Hey, but don’t fret! There is a crazy world of options that provide different tools and resources that do all the heavy lifting on the behalf of developers and IoT development becomes an easy task.

Before looking at the tools that make IoT app development easier, let’s first understand what heck the IoT is:

The IoT is a closed loop of networks that connect machine to machine, machine to person and person to person with embedded sensors, and then sensors transfer the data through some form of network to the cloud platform or premise enterprise to provide more visibility into the system performance and services offered. It’s the context of IoT, which was first stated by Kevin Ashton, co-founder of the Auto-ID Center at MIT.

Building an app from the scratch that gathers the data from the objects, transfer it to the server over the network, processing the data and then making it available in the form which end user can access and interact is really a hard nut to crack. The daunting undertaking sounds complicated, which can be made easier with ready-built cloud-based IoT platforms.

There are many companies such as Carriots, Xively, ThingWorx, and Buglabs that offer necessary IoT infrastructure to build the IoT application, which allows the organization focus on the app development that accesses the data provided by the embedded sensors. The platform is capable of handling any amount of data, analyzing the big data and generating intelligent reports, offering scalability and accommodating real-time data from the devices.

IoT connects everything, thus enable tracking any device or object on-the-fly. The easier tracking is a great help in many events, but at the same time, it’s very dangerous because it’s not difficult for the hackers to put a security hole and get the data.

The development companies must ensure that the infrastructure and server are highly secure so that data handling and operations with the data can be performed safely. Also, there must be an engine in place that restricts the access permissions for different levels of data to the various users. Besides, bifurcating the personal identifiers from the personal data in the IoT apps is a good practice so that no one can eavesdrop the confidential data.

IoT apps are developed for all the industry verticals and the users of different industries won’t have the same level of technical expertise to handle and access the data. The app developers should focus on the app design, navigation and flow so that the data will be easy to access. The APIs based on standard messaging protocols can be used to make data access a quick and smooth process.

Also, the numerous connected devices generate huge data that have to be processed in the real-time, which requires the app to be flexible enough to sustain and not get down even when there is a heavy load. The app can perform to the notch by storing the data on the cloud server. This way the system can easily scale without any crash.

It’s not wrong to say that technology is evolving at the pace of a blink of an eye. With the advanced devices, IoT integration is becoming less difficult. On the other hand, the enterprises want to integrate numerous applications, services, operations and identifiers with IoT solution, which demands advanced integration skills in the developers to deliver the true value.

Here, the association with the app development company plays a vital role to make the app ready to work with IoT technology without any bug or functionality issue.

The mobile app development for IoT has emerged both opportunities and the challenges, which organizations have to manage effectively and iron out the complexities involved in the IoT mobile app development. Furthermore, mobile tech trend has made IoT go into the mainstream in the digital world and even mobile is considered as a great platform for building IoT solutions.

How complimenting IoT apps with Mobile devices is reward worthy:

The evolution and wide acceptance of mobile is not the sole reason to consider that mobile is paving the path for easier implementation of IoT. Instead, there is a science behind.

Smartphone has a plethora of sensors, controllers, and processors embedded inside the device that can sense the data, transfer it to the IoT app, process the data in the app and then trigger the action to control the connected objects right through the mobile. It’s a speedy, time-savvy and efficient process that enables the execution of an action at the right time as IoT app can receive data and trigger the actions in real-time.

Home automation, HVAC app, and lighting app are the great instance of it. It includes mobile devices provide the user-friendly interface to the IoT objects and aligning IoT app for mobile will add more effectiveness to it.

The fate of over 2 billion smartphones will be decided as the IoT seizes the market. Understanding the significance of mobile devices for IoT apps, the developers should develop the apps that provide the users more control over the home, garage, car, office or surrounding.

The inevitable IoT app development is not a big headache as it is presumed. Embracing ready-made platforms, leveraging the right set of APIs, tools, and resources and using mobile devices, developing IoT app will be pretty much similar to building different types of the apps.

It’s crystal clear- the mobilization of IoT development is undoubtedly beneficial and easier.