Getting to the inner crust of Mobile app Economy

The world is going mobile and we are quite aware of the obvious reasons. It has all the ingredients to make the company reach top of their profile and be an enigma in their proposition. The fast adoption of Smartphone is the main reason behind the extensive use of the mobile apps. The unprecedented growth of the mobile market has made the mobile apps an important ingredient to mold the ROI for the company enabling mobile app economy to play vital role in the process. 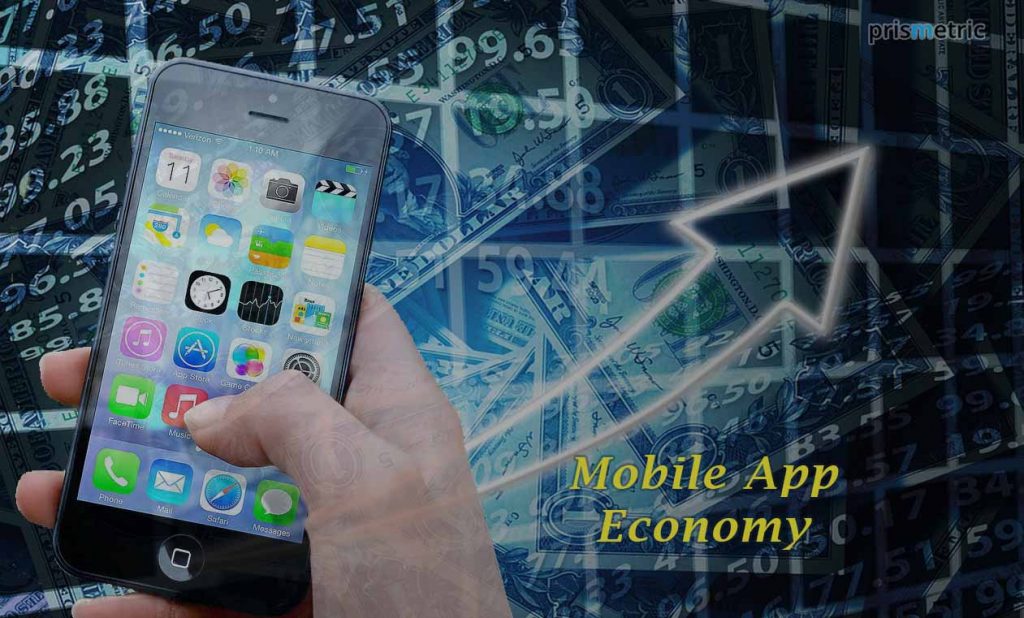 Further, the app economy has witnessed a steep rise in the past decade and is believed to reach new heights in the coming time. This situation is due to both the new and the mature markets around the tech world are making rapid efforts to get into the mobile world.

Mobile app development is considered to be as the most untapped reservoir of abundant energy which if invested can be fruitful in the future. It will help the companies to set a definite and certain road map for the enhancement of their business and thus giving a huge boost to the ROI.

From Social networking to real estate, apps are putting their firm foot on every ground and giving the economy a huge boost. Let us see the hidden aspects of Mobile app economy.

Mobile apps are just not limited in rendering the business oriented solutions to the companies. The app economy has reached such variances and is expected to reach a staggering 284 billion by the year 2020. The mobile apps are also playing an important role in expanding the way mobile app marketing is done in the present time.

The horizon of mobile app economy is not only limited to the aesthetic mobile solutions, but it also extends to things in mobile game and other leisure apps through intelligently designed strategically set features. Due to the variety of domains addressed by the mobile apps, the growth is rising beyond imagination and will continue to do so in the future as well. Also the smooth transition of the business houses is helping the cause without any rifts or confusion.

The major impact that the mobile app has had is that it has provided the much needed platform for the emerging markets in order to showcase their skills. Different industries like Banking, retails, airlines, government agencies and other high earning economy sectors have found an innovative and customizable technology to cater better services to their customers.. Thus, the app developers have found a mutually exclusive circumstance to help mobile app economy to expand its horizon.

Taking Companies to the Heart of the users

Here is the masterstroke by the mobile apps that it allows the companies to have better market penetration and get into the hearts of the users easily. Along with this, as the demand of the Smartphone is on the rise, it gives a chance to mobile app economy to grow as compared to web devices. Also, the rise of connected devices technology IoT (Internet of Things) have made it easier of the companies to reach to the users to provides multiple functions.

As the customers would relate to your mobile app and use it, increasing the user retention rate and also the in-app sessions. Moreover, the companies would find it easier to make money through in-app purchases and thus can include more functions.

Mobile apps make the process more streamlined and are accustomed in dealing with any kind of problem, thus giving the customers a sense of belief and assurance.

Heart of the Matter

The rise of the global app revenue and economy is due to the ubiquitous acceptance of the smartphones around the world. The companies know that the future will soon belong to the mobile apps and will enjoy a wider share of the market economy. The capabilities of mobile technology are esteem giving mobile app economy a huge boost. Also, the different platforms like tabs and smartphone add fuel to the usage of mobile apps and have made them a house hold name.

Android and iOS of the mobile are the most used and favored app platforms and play a vital role in enhancing the app economy. Mobile apps will soon emerge to be a positive disruptive technology to enable the global market to be an easy place to be in and do business.