If it was 2005 and someone would tell me that in future, humans will use the smartphones for everything, right from ticket booking to buying grocery items, I would have laughed my lungs out. But we can all see that mobile apps have become so dominant in our day to day life and we can’t stay away from them. 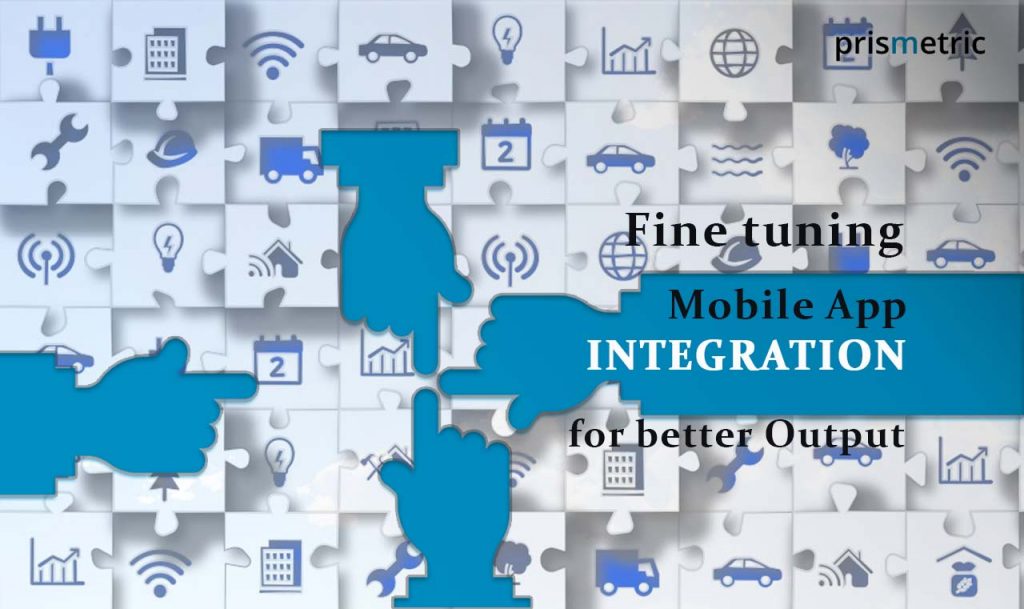 The way digital transformation has transpired in the recent year has been nothing short of a phenomenon that will drive the future businesses to newer heights. With the advanced technologies, data has become the most precious aspect for the companies as it would help them to directly connect with the customers. The increased amount of usage of mobile apps has led the app developers to include multiple apps under one platform to make it easier for the customers.

But as we all know that too much of every new thing comes with a darker side and same is the case with app integration. The makers should take into account that a plethora of mobile apps that are not needed would confuse the users in the long run and will also degrade the quality of service.

Let us get into the scheme of things and look into the matter from close quarters;

Keep it intact from the beginning

In this era of the app, it is essential for the mobile app developers to know their margin of including apps so as to maintain a fine balance between them. Also, they have to question themselves about the threshold and when to stop. The app developers should not get overwhelmed by the thought of including the facilities as the new age customers are well aware of what they need.

Therefore, the companies should do a thorough research related to the customer habits and include only those things that are required by them to the core. Stats also show that by implying this method, the rate of customer retention is up by 53% as the users would spend more time on the app without getting confused. Different mobile apps under one roof will probably be the best options for the mobile app development companies as it would give an all round view of specifications to the customers.

Now, this is the most important fact which has to be taken into consideration before deciding the limit of your mobile apps. Customer engagement is the most basic and perhaps the most vital thing that if not taken care of can cause severe damage to the company’s reputation. The integrated mobile app platforms can be a huge success if the concerned customer base is looking for many things under one roof. The same thing goes otherwise if the customer consideration is only for the niche services.

Other than this, also look closely at the customer behavior and their buying methods before including the things that are extra effort so as to avoid the unnecessary fuss. For example, the multiple app platforms such as Justdial and Tapzo have already received a huge response from their customers as their services are apt, crisp and highly customer-centric.

The role of technology

The advanced modern day technology plays a very important role in taking the integrated mobile app platforms to the customers through various mediums. The inclusion of chatbots and other AI enabled channels have already revolutionized the way a mobile app development company interacts with its customers. The integrated bots have further added up to the glory of customer service making the mobile apps more viable and friendly for the customers.

Rise of the integrated apps

Sighting the customer retention as the biggest inspiration, the mobile app development companies irrespective of their sizes are looking to include integrated apps in their scheme of things.  But, it should also be taken into consideration that including too many apps would make the accessing speed of the mobile app slow and also cause excessive battery drain in the process. Therefore, the app developers should not compromise on the individuality of the app in order to include the other facilities as it would not do justification to the targeted customer base.

Seeing the rise, tech giant Google has also started its “all apps under one”, service for two of the cities in the largest democratic country.  The venture has fared well in the initial stage as it has apt customer centric apps providing a core market penetration.

Looking at the diverse usage of the mobile apps, it is a modern day need to integrate multiple services into one mobile app so as to provide the complete package to the customers. Therefore, it is just a question of bifurcating the needs and interest and then including the mobile apps accordingly. It’s just not the visualization but the effective amendment of the thoughts that makes the mobile app a huge hit by either integrating or just working on the niche category.