Mobile app development has travelled a long way since its inception and now paving new ways for further business development. The new age business world has progressed so far that now it needs mobile apps that are multidimensional without being bulky. By saying not bulky I mean the mobile apps should be leaner without compromising on the quality and assertive of the features. 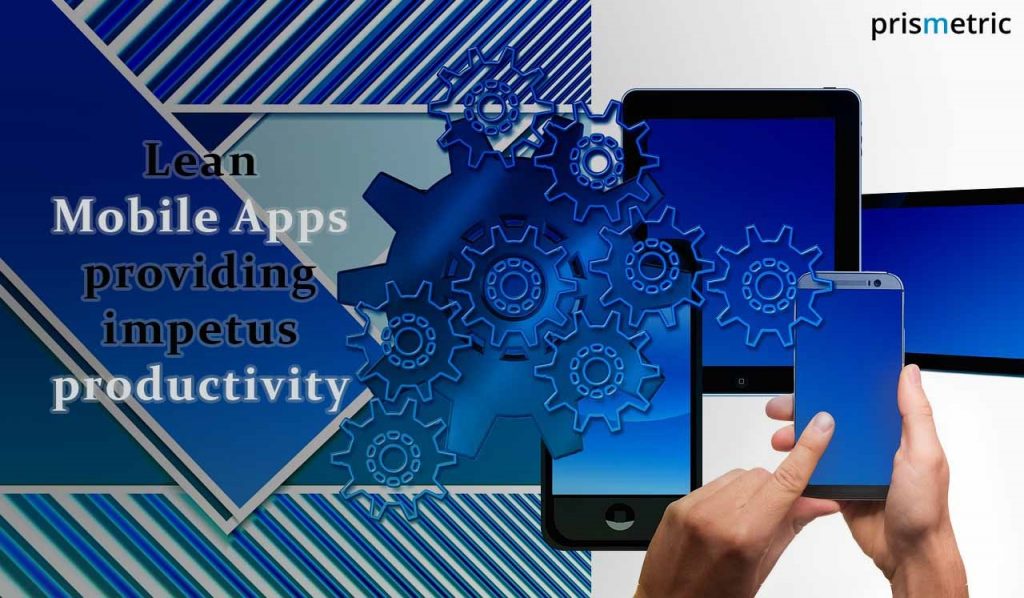 We as premier mobile app developer keenly develop such apps that take lesser time to respond and dwell well in any given conditions. Be it responding to the user instruction or updating to a newer, updated version from time to time, lean mobile apps cover every forte of mobile app development in a comprehensive and authentic fashion.

In an era when app components need regular optimization, there are chances that apps that are bulkier in size might not get the same share of the market as compared to the lean mobile apps.

Let us understand it in a more detailed manner.

Adding irrelevant colors of same PNGs and dimensions just to show the vibrancy of the mobile app would do no good and will just increase the size of the app making it bulkier in size. In earlier times, the mobile designers would need to add multiple layers of similar codes for color variations which were complex and difficult to maintain. With the advent of Android app development about half a decade back, PNG was replaced by SVG and these newly improved SVGs revamped the color systems and replaced all the PNGs.

Adding SVG would help the mobile app developers to reduce the size of the app by 800KB to 1MB without compromising on the quality and the specification of the app. This goes a long way in improving the overall functionality of the app, further, it helps to the change the color of the app at runtime and that too at multiple places without slowing down the speed.

The present era of rapid technology evolution, it’s not about being big for survival; it’s about being the fastest. It is a simple cycle of events if watched closely. The sooner the mobile app is developed, without any major defects, the faster it can be deployed in the market to receive feedback and incorporate the next iteration.

The app development team should always be on the look of having extremely powerful tools that optimizes and shrinks the APK size of the mobile app by detecting the snippets of the codes that are not used frequently. The tools would potentially drive out the codes that are not required making the mobile app leaner and more useful for the customers. Apart from having a radically reduced size, the leaner mobile apps have aptly bifurcated classes fields and interfaces that would further make app coding simpler, thus increasing the productivity.

The intuitiveness of lean mobile app becomes the biggest USP of it. Catchy app design that is more responsive and focused, an amazing responsive theme that could drive the companies to better business goals are all the hallmarks of lean mobile apps. Also, it lets the developer identify the list of languages that are being used by the users on a more frequent basis so that there is no need to carry multi-language resources.

Lean mobile apps can get to the heart and minds of the customers thus making a strong user base for them ultimately grading up the user index. By removing the unnecessary things it lets the app developers include the things that are more customer friendly and would become handy in the long run.

Making the mobile apps lighter increases their run time and induces less or no lag during the whole course of work. In today’s world, the memory space in the mobile apps is a cause of concern and thus lean mobile apps would be essential to make the best possible usage of the available space.  Moreover, better specifications can play the deciding role in higher app downloads resulting into increased ranking at the App Store.