Android vs iOS: Which Platform is your Piece of the Pie?

The budget is not a solitary factor for deciding the native app development for every platform is your cup of tea or not. Instead, there are many things like- user experience, easy to start or user feedback that needs to be considered. 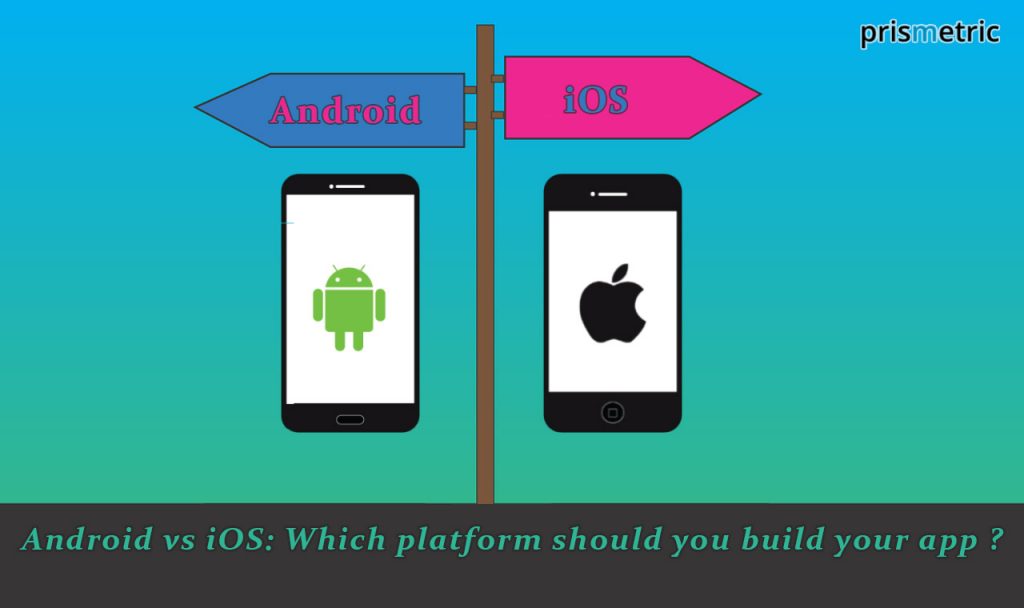 Well, it’s tempting to build the app for every platform, but the idea won’t fit in every case. Usually, it adds an extra layer of complexity and poses the risk that if the app fails or iterations required, then implementing the changes will be a daunting task.

“23% of the app users abandon the app after using it for once,” stated in a report.

It’s embarrassing! However, the risk can be mitigated by developing the app for one platform at first, and then launch it, test it, iterate, and again test it, to get everything right from app features to user experience. The launch of the Instagram app at first just for the iOS platform and then release the app for Android after two years is the best instance of it.

There are a bunch of platforms on the top of which the apps can be built. However, Android and iOS are the two platforms that enjoy the major chunk of the app audience.

According to a research, “The Android and iOS platform accounts for 98% of the mobile market.” 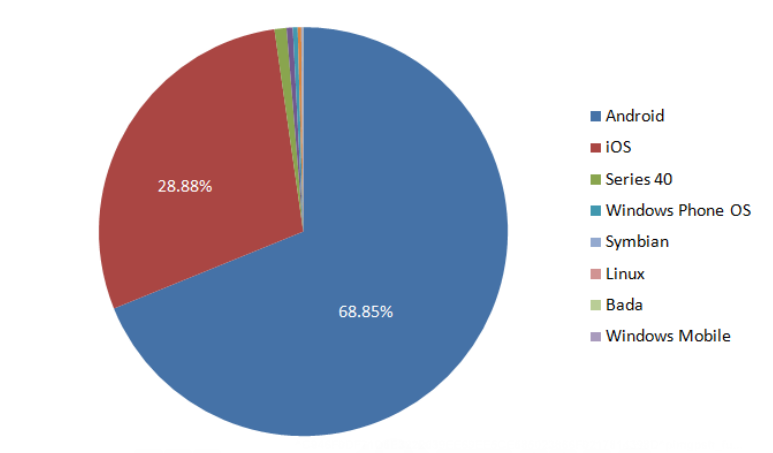 The two mobile giants are leading the mobile age with the evergreen tug of the platform war- who out do each other in different aspects. The answer to this question is not skippable as half of the battle is won when the right platform is chosen and the rest depends upon quality app development.

Let’s unearth a few points that describe when the two platforms are the best, when iOS is an excellent option to go with and when to prefer Android. Here’s the answer:

Demographics- know who you are after

Android app is excelling in the developing countries or low-income areas such as South Asia, South America and Africa with a high number of app downloads. On the other hand, iOS app audience mainly resides in the USA, Australia and Europe, where the users belong to a high-income group and ready to spend a bundle.

A research states that Android has grabbed the 64% of the mobile market share, which is twice as what iOS holds.

The winner is: It depends on the location. It’s Android when targeting the global audience, else iOS leads the way.

Not just the Android devices fragmentation, while fragmentation at the software level has created a great entropy. Most of the devices are not updated with Android’s latest OS. The greater fragmentation complicates the development because building an app that accommodates every Android device screen and different aspect ratio, testing the bugs or design issues for every device and then again iterate it, demands more time and money.

Comparatively, iOS apps can be launched faster as the latest update get rolled out on the devices as soon as it is released. Additionally, iOS is running on the limited number of devices that are iPhone, iPad, and iPod.

Undoubtedly, the winner is: iOS

From the monetization standpoint, both Android and iOS use different approaches. The Android apps are very much popular for the ad-support, which is a major channel to earn revenue as most of the Android users less willingly spend money on the app.The scene is completely different with iOS users. The iOS users have higher lifetime value and they are ready to pay for apps or make in-app purchases.

According to a research study, Android platform still lags behind iOS platform in core revenue generation, but 2017 has been great and by the way it has been going it wont be long before the Play Store revenue overtakes App Store revenue just like it was the case for downloads.

The winner is– It’s quite an evident iOS stands high on profitability ladder.

It’s a universal truth that the app development cost is not inherent to any platform. Instead, it’s the scope and complexity of the app which defines how much does it cost to build an app. In some projects, engineering the app for Android apps cost more, while in some, iOS apps cost more.

However, the fragmentation issue which comes along with Android app development uplift the time and efforts needed to build the app that in turn makes it pretty penny. For building iOS apps, the Xcode is required which have to be bought and that becomes an add-on to the development cost.

The winner is- Draw.

When your app is ready to triumph the world, an important step is still left, that’s launching the app onto the app store.

To make the app onto the Google playstore, the developers just need to create an account which incurs just one-time payment of $25 and can upload the app without waiting longer for the approval.

However, on Apple app store, publishing the app is not so indulgent. After the registration, the developers have to pay the annual fee of $99, then the app is reviewed by humans that takes two weeks of time. If the app is rejected after the evaluation process, again you have to submit the app and wait for two more weeks to get the approval. The release cycle is quite long and adventurous too when you zero in the choice to iOS.

The winner is– Android that lets your app gets published and available for download in a couple of hours.

Both platforms have their own pros and cons, but iOS platform has an advantage over Android that’s the iOS boasts to have a huge loyal fan base who like to stay with the brand. Instead, the Android users can easily swap the vendor with another, which is not the event with iOS users.

Going with iOS platform is rewarding as the app can get the advantage of half a billion loyal users that help in generating the revenue by two folds of what Android generates.

The key factors highlighted won’t elucidate which one is the winner or loser in the past, present or future. Both platforms have their own significance and are in the good shape. Favoring one platform over another is not worth it. It’s the app needs that determine and you have to sort it out.

The target audience, level of flexibility, release cycle, development complexity, market share, expenditure, and monetization strategy are some of the factors that help in narrowing down the choice to one platform painlessly. For sure, you won’t lose in either case, if your selection is error-less.

Let’s end the battle, but you might be thinking when you can choose both iOS and Android

It makes sense to start with both platforms, when you are partnering with the best mobile app development company, want to target the massive user base at both sides, need the app on the floor in the minimum time, pretty sure about app idea, and all set for the further iterations to offer the outstanding user experience.

Generally, this approach is a perfect fit for the enterprise applications which is less locked down by the platform ecosystem. On a concluding note, there is no absolute formula that guarantees success. Last but not least, the choice for one platform or both depends upon what’s your objective with app development.