Google has been revolutionary in providing extraordinary and innovative techniques to enhance the process, power and efficiency of the mobile apps. We all are aware of the fact that web browsers are no longer limited just to open the web pages but are becoming a whole new comprehensive platform in itself. They provide flexibility and convenience to the users because of their multiple usages. Google’s new Android Instant apps are also built on similar prospects to provide greater UX to the customer. 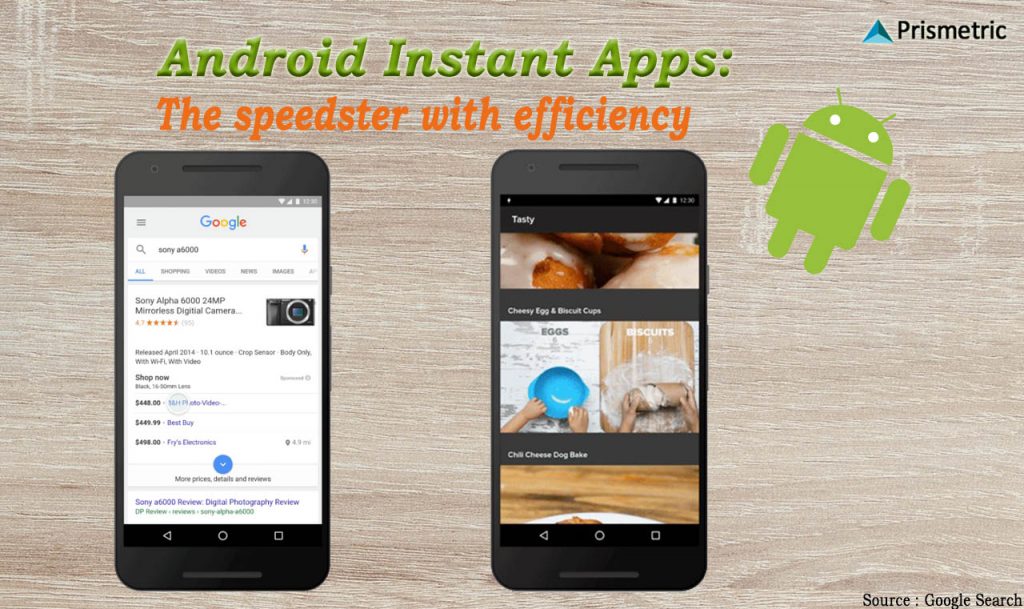 We have all gone through the problem of installing an app in order to run it on our mobile device. It can be annoying sometimes, but not anymore. Android Instant Apps will allow the users to run a version of the mobile app on a mobile browser even if the app is not installed on their smartphone. The users would have the facility of accessing the mobile app from anywhere through any device without installing them again.

In addition to this, the Instant apps are fully capable of running those apps and games which are not even present on the mobile or web browser and this is what makes it different from the rest. It first came to the fore when Google announced about this feature at the I/O developer’s conference in 2016 and since then have been something that most Android enthusiasts have been looking forward too.

Therefore without wasting much time, let us get the detailed knowledge about this cutting edge technology from Google and how it is going to glorify the future aspects.

Since the mobile web browsers have become more competent, users can just type the name of a mobile app in a browser and tap on it to show the results. With the Android Instant Apps, instead of redirecting to its  Store page in the web browser, Android will either load the app’s services if it is installed or download its lite version for the device. There is a size limit of 4MB for the download version of Instant Apps. But the size cut down doesn’t mean that the user experience will get deteriorated. In fact, the users will get the same experience and also can remove the downloaded application from the system.

The mobile apps that are built for Android Instant Apps will use the same Android API and source code that is used in the apps. The mobile app developers can enable their apps for Android Instant Apps by creating a separate file for the Instant app version beside the APK files. Also as the instant apps are smaller in size, they will consume less RAM and hence will run without lagging or hanging.

The importance of Instant Apps

Android Instant Apps do not take more time to get download and will be considered to have the high-end functionalities so as to lure more users. The light version of the Android Instant Apps can be executed by satisfying the primary requirements of the resources which could vary from App to App.

With Instant Apps you can also keep the bandwidth in check and can use the mobile app for multiple functions. Having said that, Android Instant Apps also elevates the web and app experience for users by eliminating the difference between the devices with respect to execution. Also, the apps do not require latest Android versions to work upon. Android Instant apps can work on versions as old as Jelly Bean.

The important advantage of the Android Instant App is that it forms a win-win position for both the developers and the users. A dedicated Android Instant app will give the users a far better experience and will run the app properly irrespective of the platform. The enablement of these apps is done easily in 5 simple steps viz:

Phone Setting—-à Tap on Google under Personal category—-à Select Instant Apps—à Tap on the toggle to enable app featuresBy applying these 4 simple steps, the user can have the apps on their mobile phone and it is up to them whether they want to use it or avail the services online. As the Instant Apps can handle various services at once, the user will not have to fill their smartphone with N number of apps.

Android Instant Apps indeed are going to be the front runners in times to come. They will cut down the number of apps that are needed to do a different kind of functions and also will provide a better user experience to the customers. In addition to this, it will let you run the Android apps conveniently and be compatible with your device. The apps will push the users deeper into Android eco systems and will compel them to use the mobile apps instead of the web pages.