The process of nurturing a Startup is same as the process of nurturing a seed. No folks, we are not dealing here with some environment related issues, I am telling the essence of proper upbringing for a startup. As you can see in the modern age, inspite of having a brilliant idea, most of the Startups fail to capitalize the worth in the market and fade away in a short time. More so, this trend is quite relevant in the developing countries Thus, it is quite essential to provide all the correct ingredients to the startup right from the time of its inception. 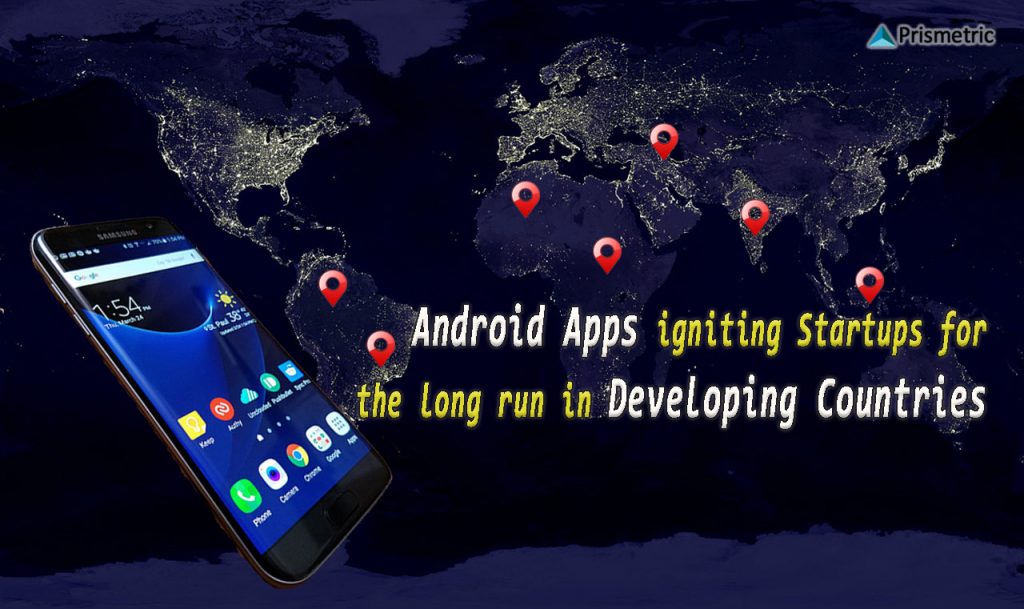 One such thing is opting for the right platform for the mobile app development process. For the startups, it is an utmost necessity to choose the best possible app development process as they can’t afford to experiment much because of being cash-starved in the beginning.  For this, Android apps come to the fore as they have widest possible range among all the ongoing apps and most importantly, provide easy guidelines for the app launch.

The process of Android app development is widely followed in the world of Startups, more so in the developing countries, as it is easily accessible because of being an Open Source. Thus it would play a pivotal role in providing the initial spark or ignition that is needed to kick-start your Startup. Moreover, it also has an added advantage of having the largest customer base around the world which would be instrumental in providing a huge exposure to your Startup.

Therefore, let us get into the scheme of things and understand the role of Android Apps in igniting the Startups for the long run.

It is easier to get in the limelight

Inspite of the fact that there are hundreds of thousands of Apps in the Android App market, for a Startup, it is easy to standout with better functionality and quality apps. Therefore, the proper usage of Android app development process will lead your startup to have a successful outing in its genre in a very short period of time. With the Android apps, your startup can get the optimum exposure that it is looking for which will be instrumental in building a strong customer base right at the start.

The distinctness in your app will create a sense of faith and trust in the minds of the customers which would result in them being loyal to your product for a long time. This will also transpire in positive word of mouth publicity and better responses.

It’s a no-brainer that Android apps will provide the widest possible demographic reach to your startup. Considering the fact that you are targeting the audience from a developing country, the importance of having an Android app platform becomes even more valiant. Stats also show that Android Market share is huge i.e. it has 80% global reach. It is a clear indicator of its capability to penetrate the masses and get into their hearts. For a startup, the wider the demographic area, the bigger are the possibilities to reach out to an extended number of audiences. Android apps provide you and your startup the opportunity to make your product or app viral amidst a large number of audiences and will prove mighty effective for your venture.

In addition to this, the Android apps have huge and versatile software and also allow personalized UX on the diverse devices. Also, in the Google Play Store, you can release the Beta version of the app in order to have more subtle testing in the real environment. Thus, the startups in the developing countries will find it easy to get started as early as possible and eventually get ahead of their contemporaries.

Android app development process is simple yet very efficient when it comes to ROI. With a larger customer base, your startup can generate a huge amount of revenue by the In-app purchases or display relative ads. The Android platform gives you a chance of integrating the best possible features to your app according to the needs and wants of your customers.

Even if you have a predetermined objective related to your product, you can easily integrate it with the Android app and develop the revenue strategy accordingly.

For the startups, particularly in the developing countries, Android apps can be a major difference in defining a world beating product. With the competent analysis techniques, the Startups can get along their work smoothly from the beginning itself. It will also prevent further hiccups as Android apps are easy to manage in the long run with an efficient execution team.